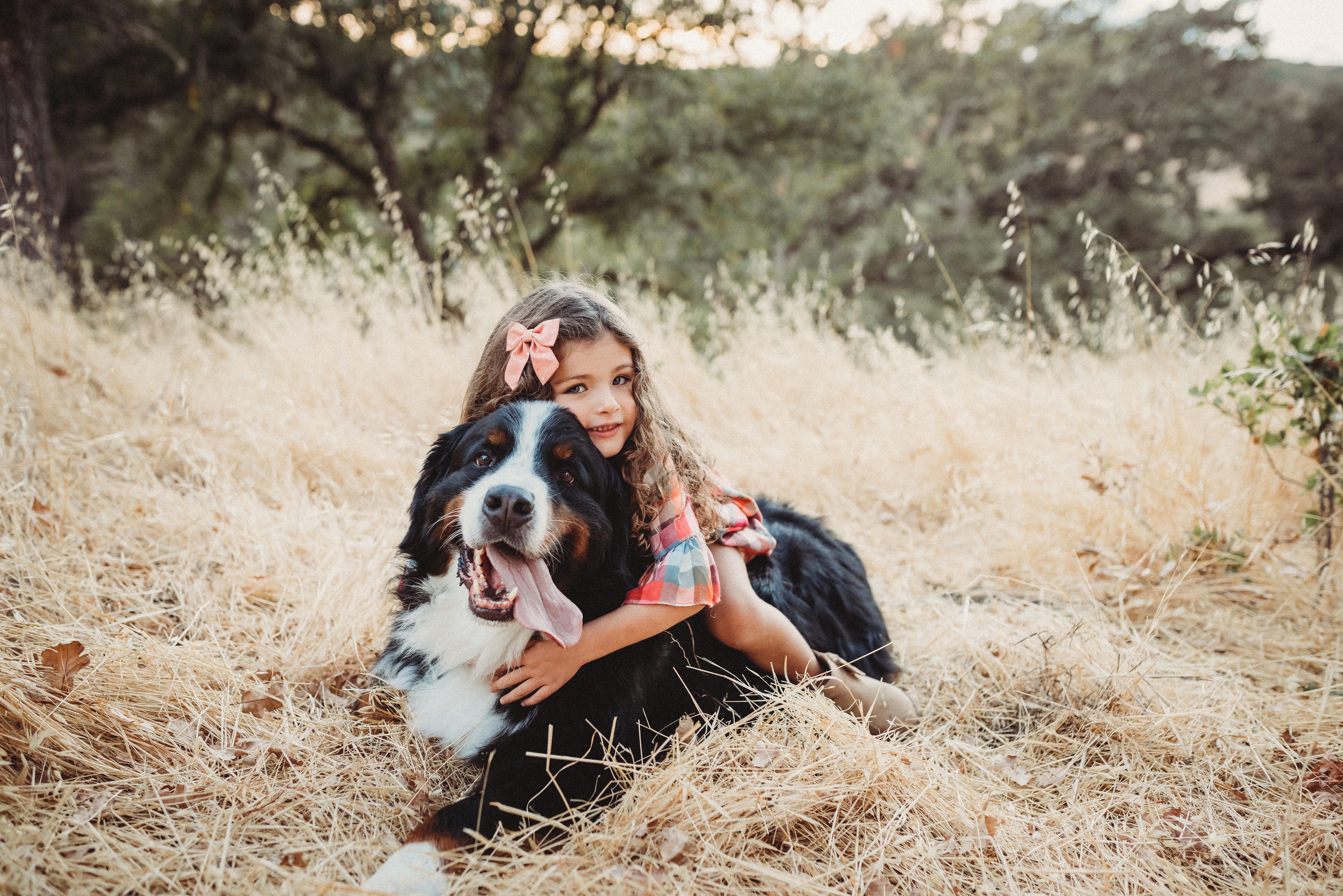 When pet parent Jamie noticed a blood blister on the top of her dog’s tooth, she was a little worried. Guinness, the family’s Bernese Mountain Dog, had a few other bumps on his gums, so she contacted her vet. “The flesh colored lumps were not that worrisome but a separate raised, black bump on his upper lip was a major concern and should be removed,” began Jamie. The bump was a sign of melanoma, but at the time, the vet didn’t mention it, so they booked the next available surgery: three weeks out. Jamie continues, “Now, knowing what that black bump was, I wish we had demanded an earlier surgery. Also, with hindsight and a full reflection of the signs and symptoms of melanoma, we can see an increase in bad breath, extra saliva and smacking of his lips were additional indicators of what was to come.”

Guinness underwent surgery to remove the bump and it was a success. “They removed the black mass and a few of the flesh colored lumps too. They also gave him a full dental cleaning and extracted a back molar – Guinness was a trooper through it all! This all occurred the day before Thanksgiving and he proudly wore his cone through the holiday festivities, simply happy to be close with his family,” explains Jamie. 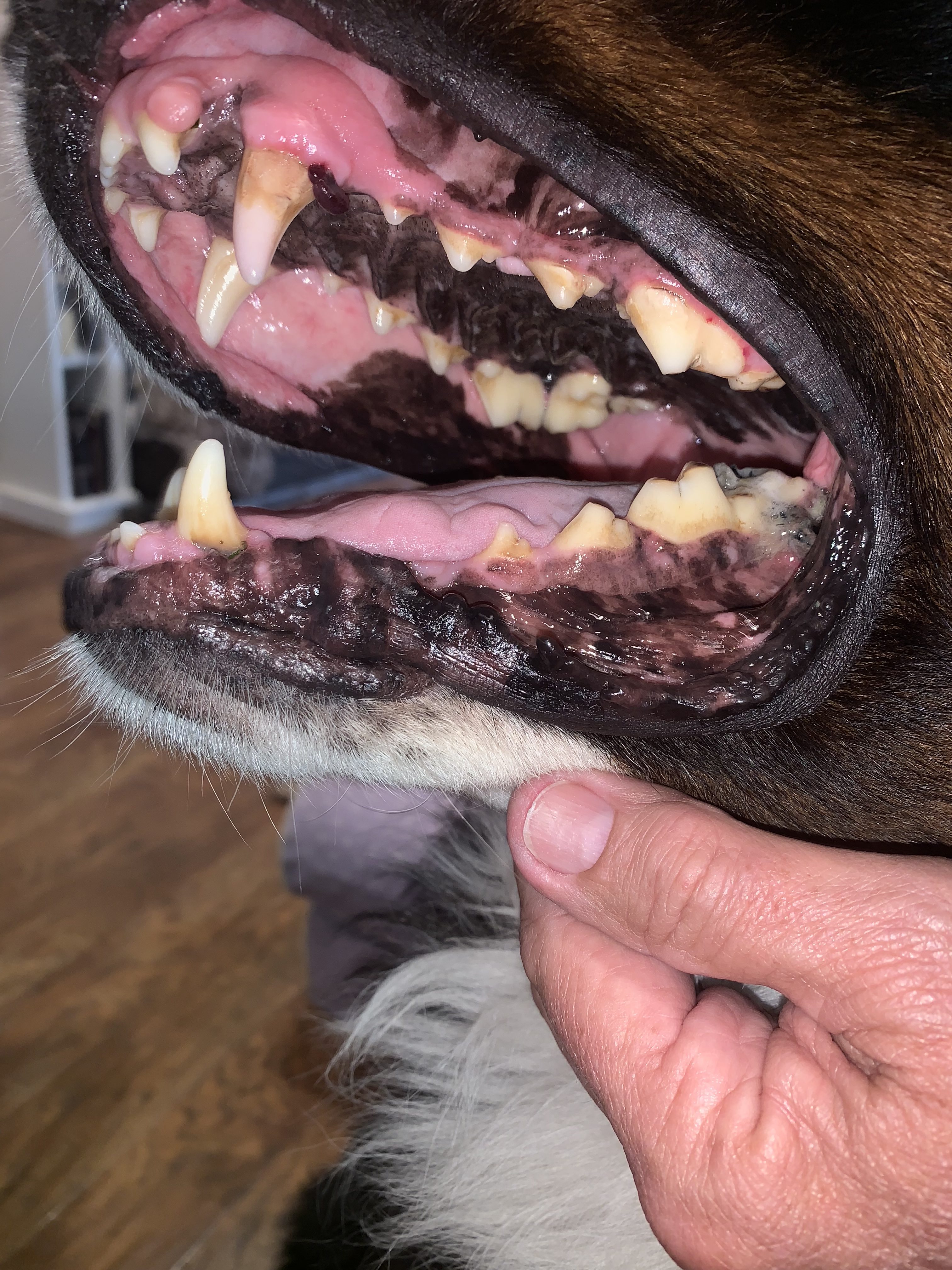 After Guinness’s surgery, however, the vet ran a biopsy on the removed tumor and determined the worst: the black mass that had blended in with his lip was oral melanoma.

Many pet parents don’t think about skin cancer on their pet simply because pets are usually covered in fur which acts as a barrier to the sun. Unfortunately, sun exposure isn’t the only reason why dogs get skin cancer, but it does play a part, especially if the pup has a light-colored or thin coat.

There are three types of canine skin cancer and they can be fatal if left untreated. If you notice any suspicious growths, call your veterinarian.

Vets recommend urgent treatment for malignant tumors, and melanoma accounts for the most common malignant tumor found in the mouth. They should be taken seriously as all cases can be considered fatal without treatment, and can easily spread to lymph nodes, liver, lungs and kidneys.

Most of us have a hard time looking in our pet’s mouth, so oral tumors can be missed and thus, untreated. By the time the vet sees a pup with melanoma, it may be too late unless you’re keeping up with annual visits and oral hygiene. Other signs include:

Let your vet know if any of these signs are present. Diagnosis is as easy as a physical examination, x-rays, and a biopsy (testing a small sample of a bump or tumor). 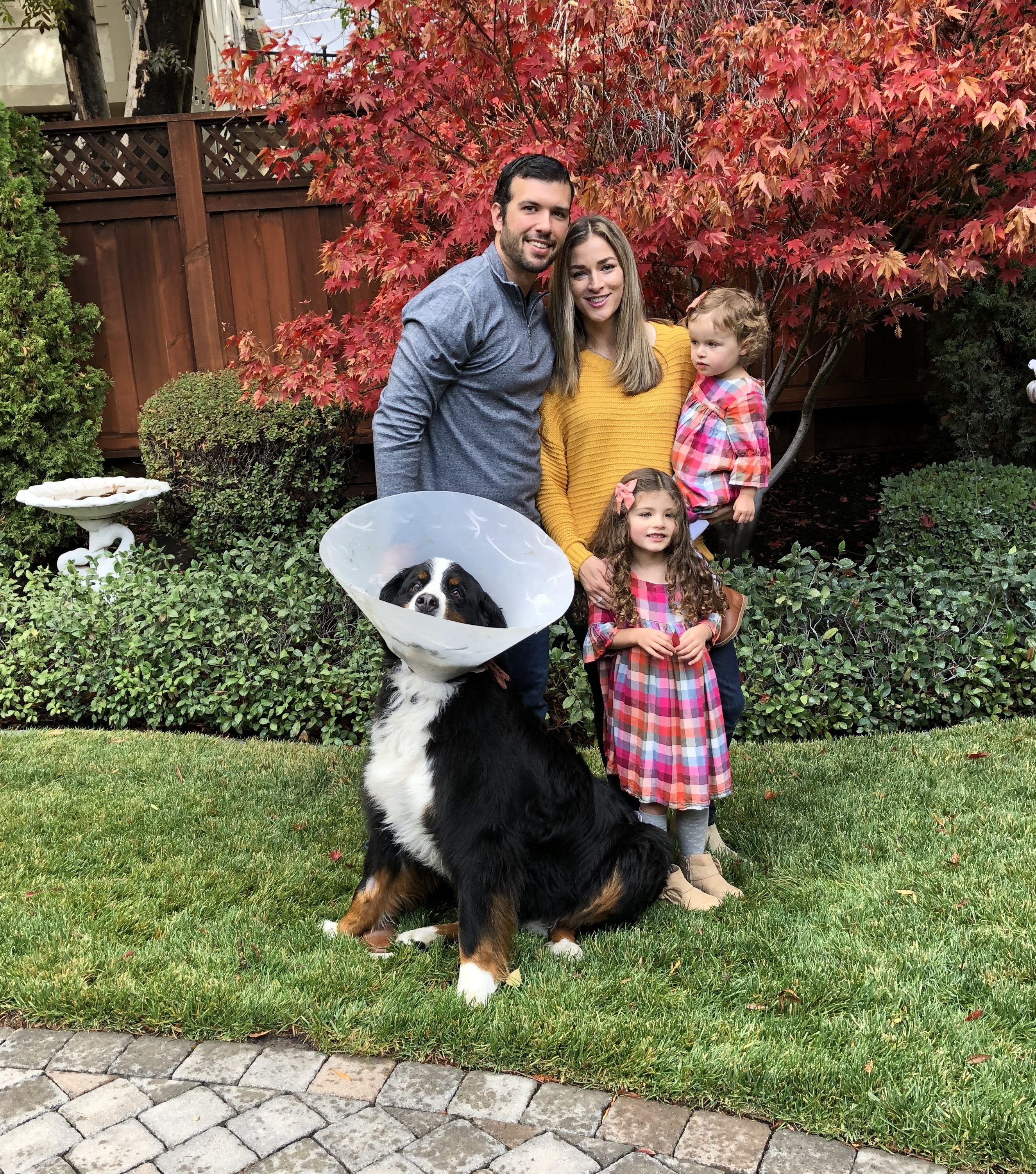 “The vet informed us of our options after diagnosis and mentioned we could simply ‘wait-and-see what happens’ as his mass was ‘acting benign-like.’ However, I am not a wait-and-see person and within the next breath I was on the phone with the referred oncologist department scheduling his appointment for the very next morning,” says Jamie. “Thankfully, I knew we had Healthy Paws insurance in place and I didn’t need to take a ‘wait-and-see’ approach but rather go full guns blazing to make sure my fur baby received the care that he deserved.”

At the appointment the next day, they met with the oncologist who conducted a day of ultrasounds and x-rays. “We received our first piece of good news that his cancer had not yet spread and he was diagnosed as Stage One,” says Jamie. “Also, as I had been up all the previous night researching, I knew the placement of his mass was going to give us a higher percentage chance of beating this thing. We scheduled his second surgery to gain wider clean margins which was also successful and was told – thankfully – we did not need to pursue radiation at this point.”

Instead, Guinness is undergoing immunotherapy in the form of the oral melanoma vaccine. “This is a procedure that occurs every two weeks for the first four series and then again twice a year for the rest of his life,” says Jamie. Guinness’s claims have totaled $11,263 so far and Jamie has been reimbursed $9,696 to date (90% reimbursement rate/$500 deductible). Jamie credits Healthy Paws as a big help to saving Guinness: “I never once had to look at the bottom line when determining what the best course of action was for Guinness. He is an invaluable and integral part of our family and we are so immensely happy and hopeful that he will remain that way because of prompt and aggressive treatment for his melanoma.”

Many dogs undergo surgery, chemotherapy, and radiation, much like humans. And growing in popularity is the immunotherapy oral melanoma vaccine that Guinness has been taking. The “vaccine” is a treatment that incorporates DNA to help the dog’s immune system recognize a specific protein found on cells that may normally be ignored, such as melanoma tumor cells. The immune system then fights these cells. Used in conjunction with surgery and/or radiation to treat the initial tumor, this immune response may help extend the survival time for most dogs. 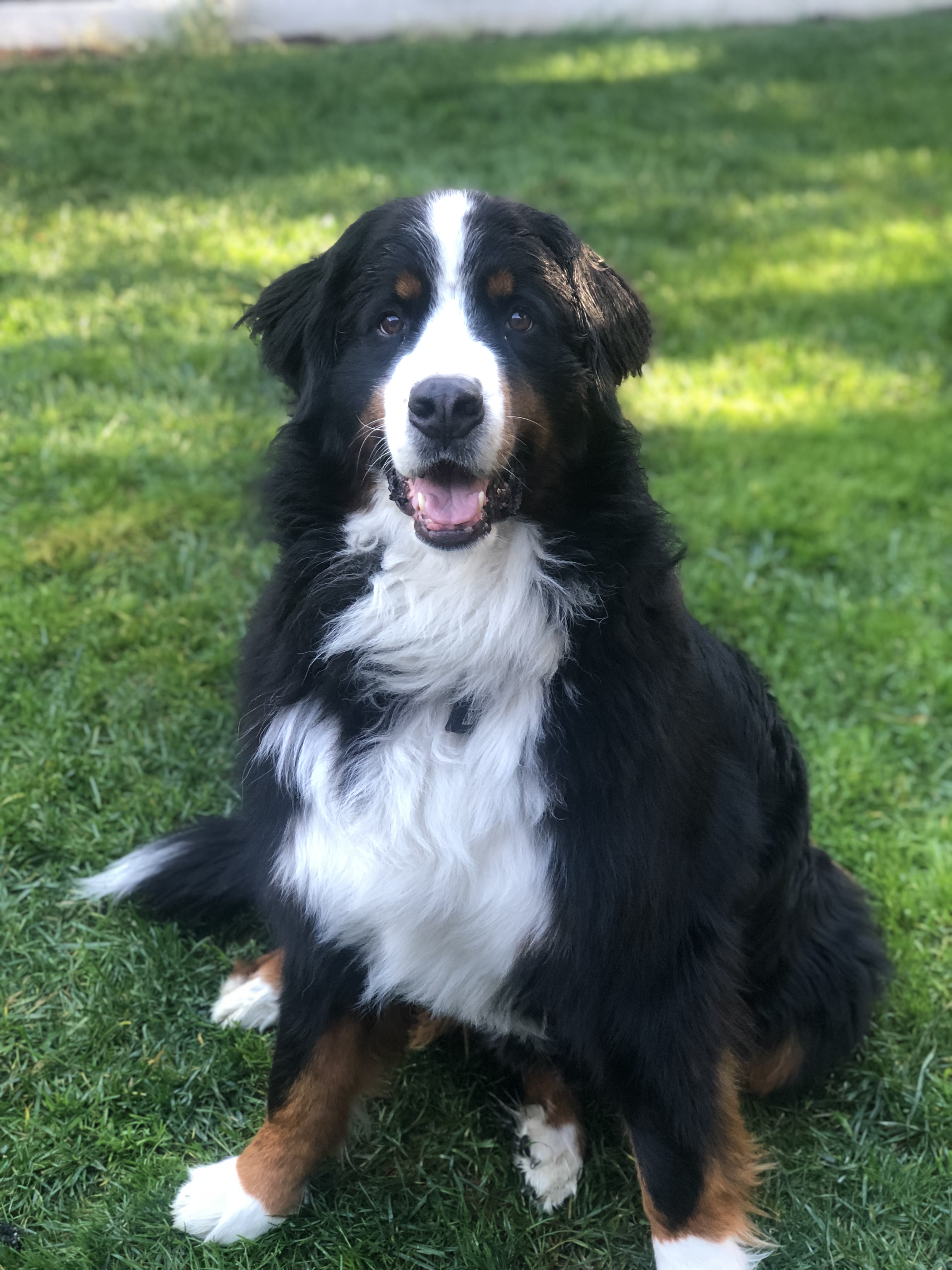 Since he’s been on the regimen, Guinness is doing well and is back to playing with his family (and getting into mischief by snacking on tennis balls!). “Guinness is the best dog,” says Jamie. “I know, I know, I am biased and all dogs are great. But Guinness is another level and one of those dogs that only come around once (or twice if you are lucky!) in a lifetime. He is the most gentle soul and a true companion.”