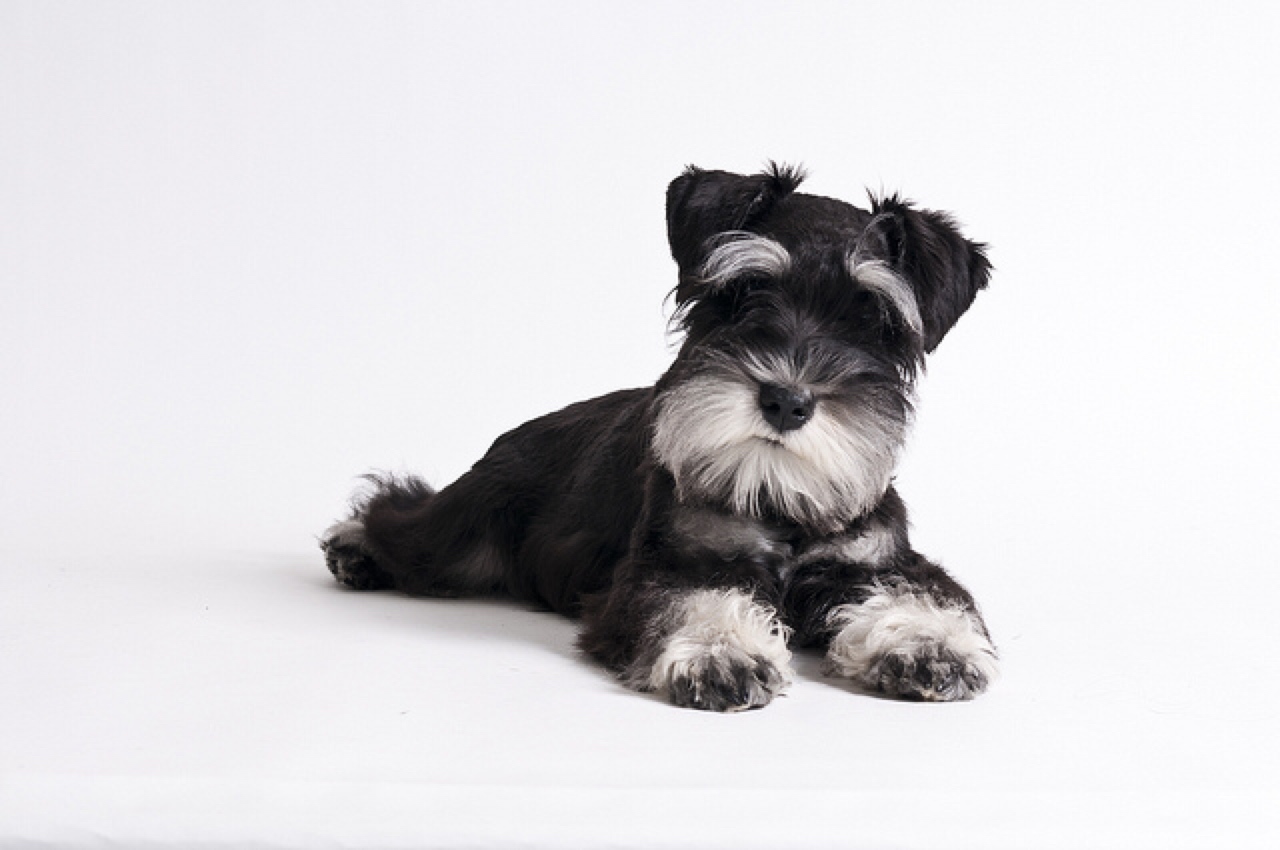 As with any dog breed, these characteristics aren’t universal! Your Miniature Schnauzer may be a couch potato, while another enjoys sprinting laps in the backyard. A dog’s temperament and energy level are unique to its environment and upbringing; breed characteristics are simple generalizations. 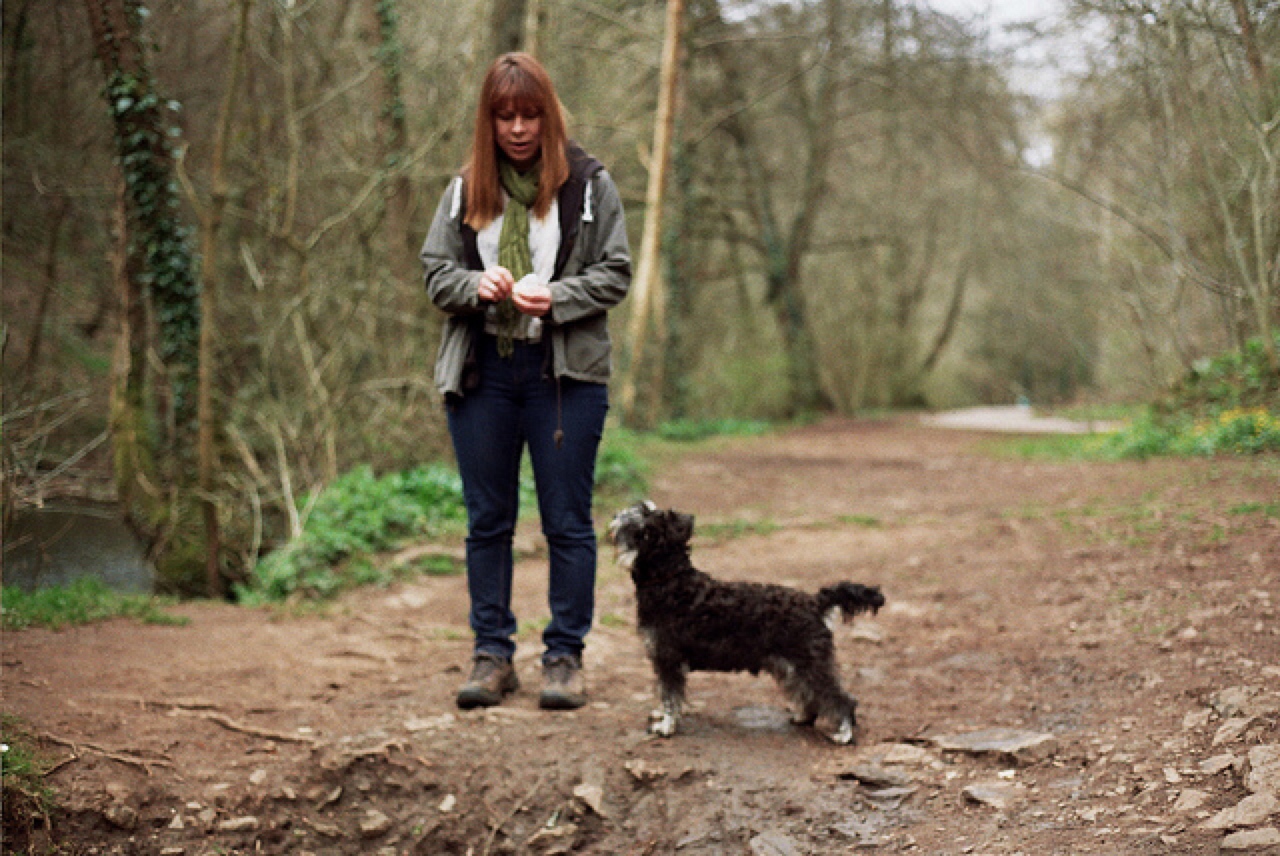 The average height of a Miniature Schnauzer is 12 to 14 inches, making them a versatile breed for cities or the countryside. (Flickr.com/waltjabsco)

The Miniature Schanauzer’s typical size is between a foot and 14 inches, weighing 11 to 20 pounds. Other Schnauzer breeds, like the Standard and Giant Schnauzers, are much bigger.

Many dog breeders claim to produce Toy Schnauzers, even more miniature versions of the breed. According to the American Miniature Schnauzer Club, “These are simply undersized Miniature Schnauzers and should not command any type of premium price.” Puppy mills often breed the smallest of litters to acquire these teeny-tiny animals, who commonly have numerous health issues and short lifespans. 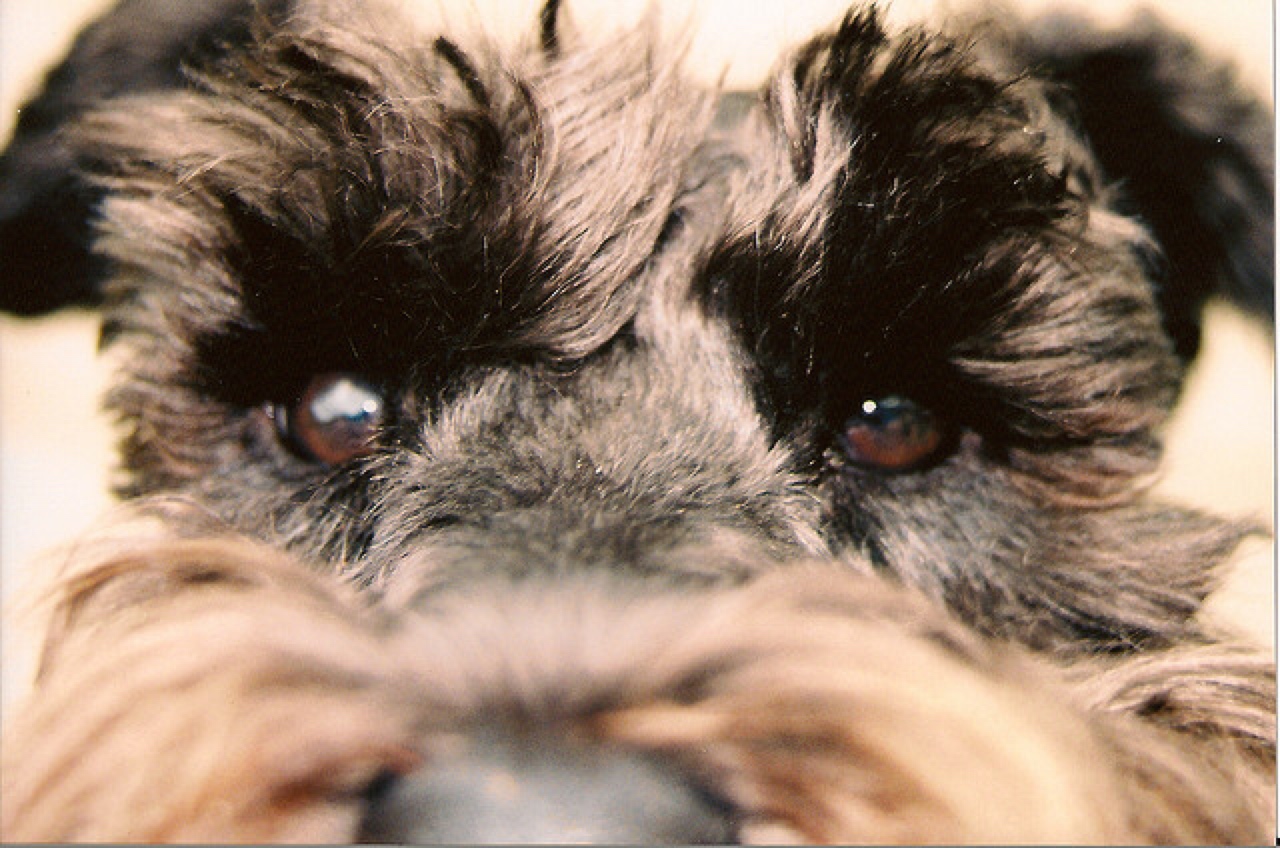 Known for their outsized personality, Miniature Schnauzers have a temperament that’s typically friendly and fearless. A signature beard-and-eyebrows combo gives the breed a grumpy appearance – don’t be fooled! This spunkiness can also result in some sass and stubbornness, due to the breed’s high intelligence, but overall they’re considered obedient. A Miniature Schnauzer makes a great watchdog, thanks to its alertness and persistent bark.

The breed typically does fine with other pets, although smaller pets may be tempting to chase for the former rat-catching breed. When introducing your dog to your other pets, always go slow and pay attention to the animals’ body language and vocalizations. Take as much time as you need – no one’s going anywhere. The same principle applies to introducing kids and dogs; go slow, and if either party shows fear, stop immediately. 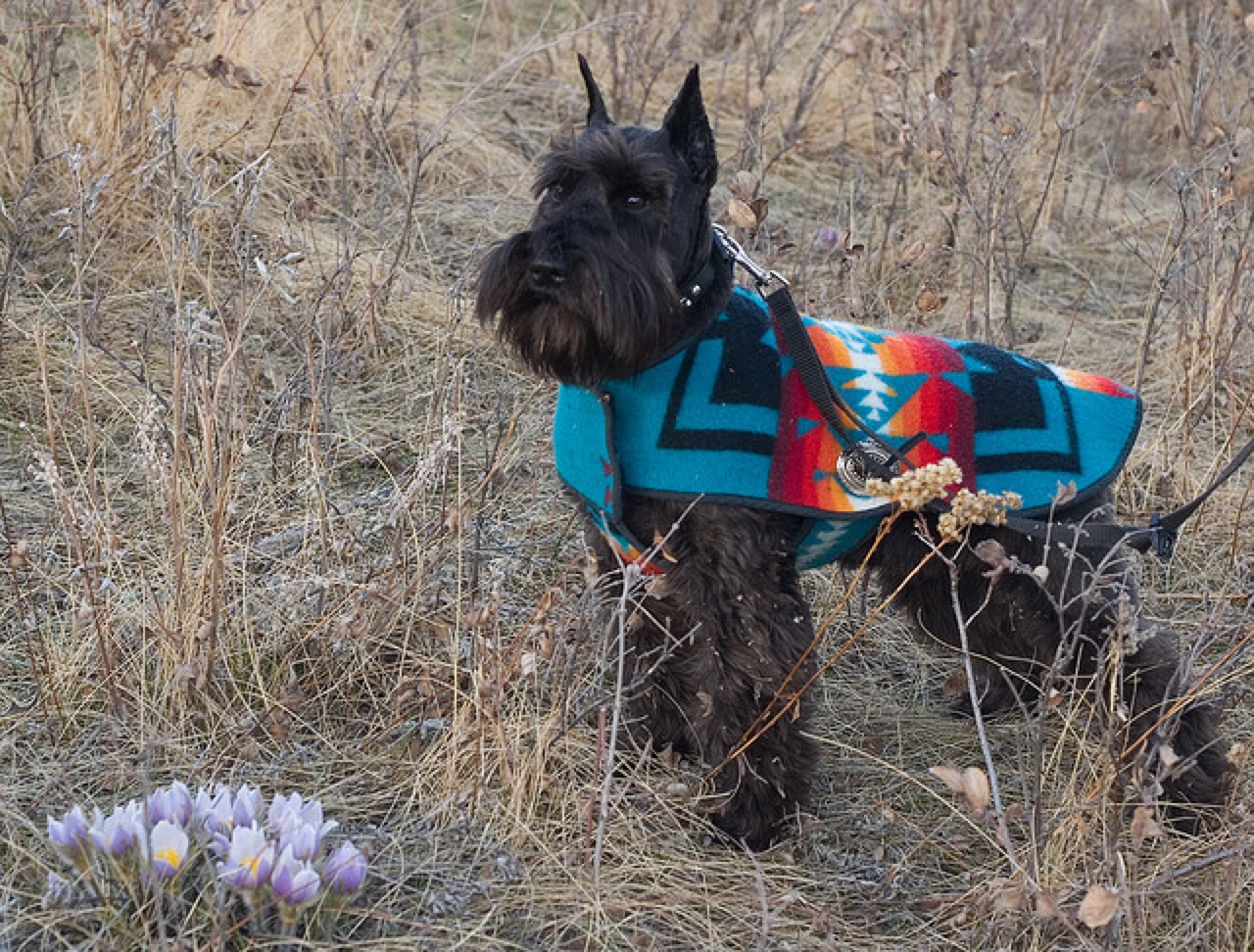 The Miniature Schnauzer is an adaptable dog, at home in an urban apartment or free-roaming on a farm. They enjoy long walks, like any other pup, but this medium-energy breed requires no special exercise. 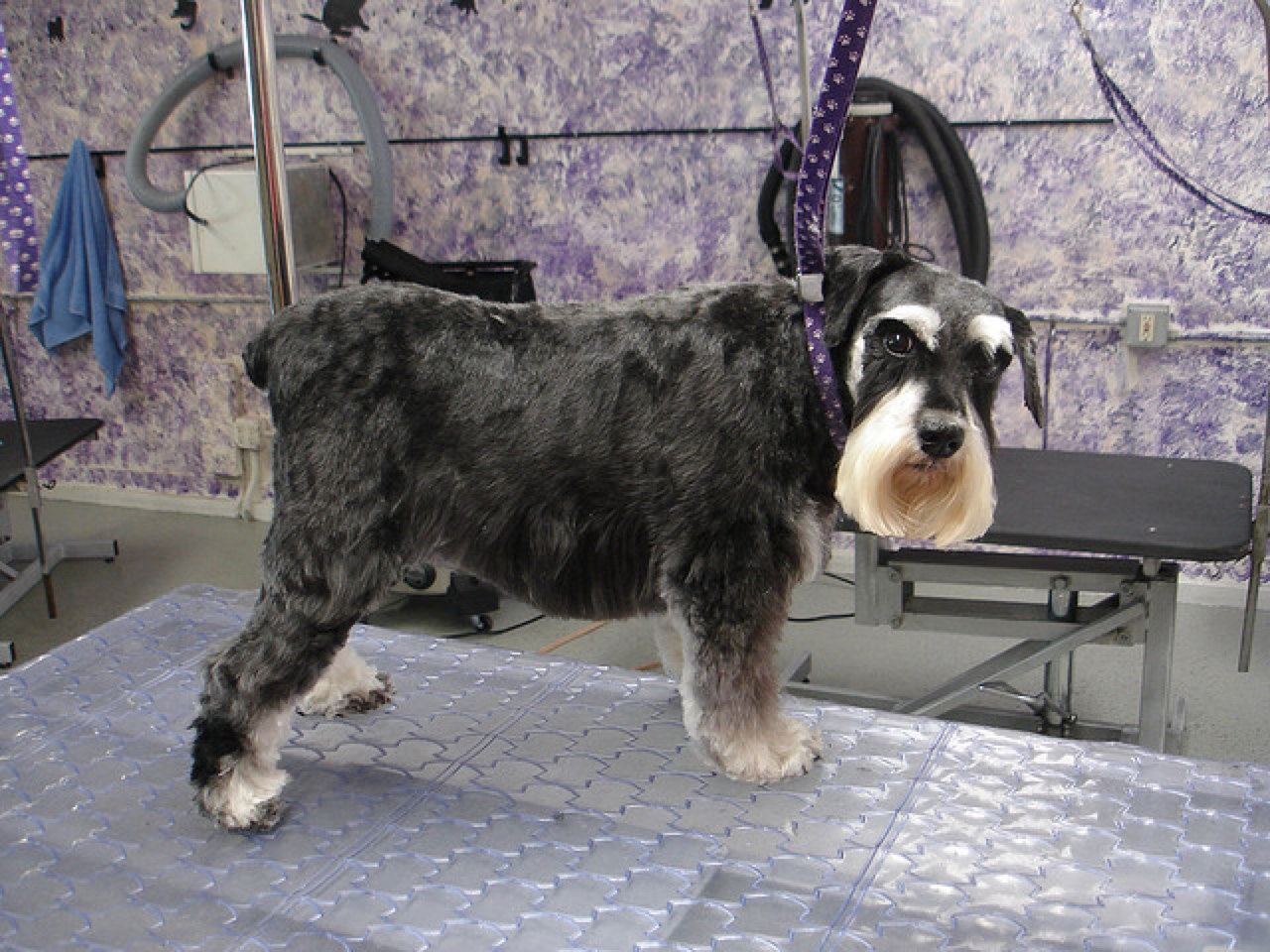 Their low-shedding, medium-length coat may not fit the elusive hypoallergenic myth, but the Miniature Schnauzer is a safe choice for pet parents with allergies. The breed’s two-layered or double coat is wiry on the surface, with a soft undercoat; show dogs require hand stripping, a process where dead fur is manually pulled from the coat, but the average pet only requires a routine trim.

Quick-growing nails require regular clipping to avoid cracking or splitting. The floppy ears of a Miniature Schnauzer need careful cleaning to prevent ear infections, although many of the breed have cropped ears.

A relatively healthy breed, the Miniature Schnauzer has few health issues, with an average lifespan of 12 to 14 years. Eye issues are known to occur, including cataracts and retinol atrophy. These Miniature Schnauzer health problems typically occur after the age of two, so monitor your pet’s eyesight and overall health carefully.

The Miniature Schnauzer is a great watchdog and family pet. An intelligent, friendly breed that sheds little and is relatively healthy, frequent grooming and mental stimulation are the dog’s only requirements. Spend lots of time with your Miniature Schnauzer and make sure to provide plenty of exercise.