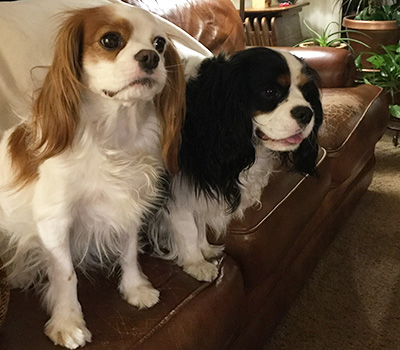 Paul and Norma of Sun City West, Arizona have two wonderful Cavalier King Charles Spaniels who are half-brothers and the “joy of our retired lives,” as Norma says.

The lively pups have helped the couple recover from a heartbreaking loss. Seven years ago, they lost their 40-year-old daughter to a sudden rare heart condition. Their fur babies helped them find new life and joy after their daughter died. 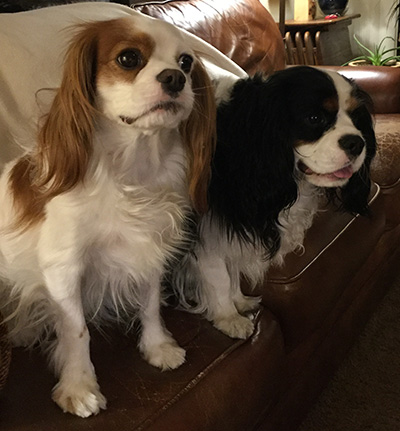 When they decided to get Cavaliers, they knew they had genetic propensity for mitral valve heart issues, so they opted for pet insurance. They are two and three years old now and have shown no sign of heart problems.

However, two years ago, the older dog, Kip, became critically ill with a severe respiratory illness. They rushed him to the emergency vet where he had to stay in intensive care for four days at a cost of $4,000 just for the hospitalization. During that time, he was diagnosed with Valley Fever and pneumonia.

Valley Fever is a serious condition caused by a fungus that lives in the desert soil in the southwestern U.S. Dogs, like people, contract it when they inhale the spores in the dust and air. While most dogs who breathe in the spores do not become sick, those who do experience distress as the spores grow quickly to spread in the lungs and sometimes throughout the body.

Even though Kip received excellent care from their local veterinary hospital, Paul and Norma almost lost him. To combat Valley Fever, courses of oral anti-fungal medication are given for six to twelve months or longer. For Kip, it was much longer.

“It was a very long haul of Prednisone, Fluconazole, hand feeding each kibble, much love and frequent vet visits,” Norma said.

Finally, in June, nearly two years after the diagnosis, he was declared free of Valley Fever.

“He still has some permanent lung damage, but is a very happy, playful boy that we love with all our hearts,” she said. “If Kip had died it would have been a devastating experience.”

Paul and Norma are very glad they made the decision to cover their boys with Healthy Paws.

“If we had not had it, we would have had to make the heartbreaking decision of euthanizing him,” Norma said.  “We are so thankful and grateful that Healthy Paws always honored their commitment to our family.”