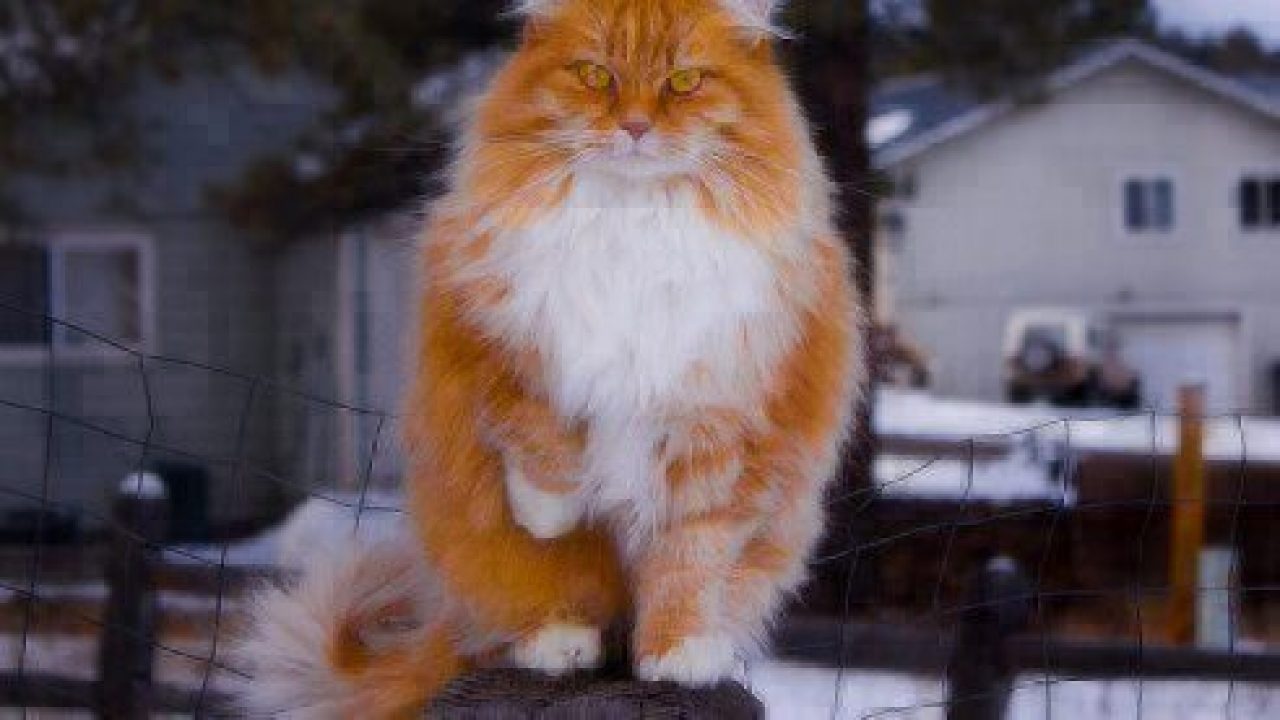 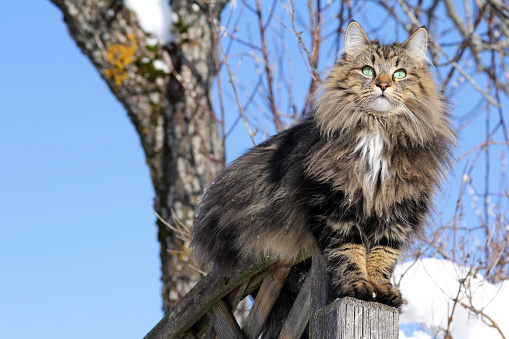 It’s hard not to fall in love with the beautiful Norwegian Forest Cat — also called the Wegie — the first time you lay eyes on one. With its muscular build, lion-esque bib, almond eyes, tufted ears, and plumed tail, this magnificent ball of fluff looks equal parts cuddly, regal, and exotic. And while appearances may lure you, it’s the sweet and gentle personality of this cat that will really hold your heart hostage.

Like many felines, the Norwegian Forest Cat is an independent soul that doesn’t require a huge outpouring of affection in order to be happy. They have been described as “home bodies” who enjoy spending time around their owners and other pets, and will often hang out in the same room or stay close to you. Sometimes they’ll snuggle up or hang out on a lap, but often they prefer to just lounge nearby and indulge in a few chin scratches or head butts every now and again. When you’re not home, the Wegie is just as happy to entertain herself for hours at a time, and especially loves to sit up high, look out windows, and play with toys. 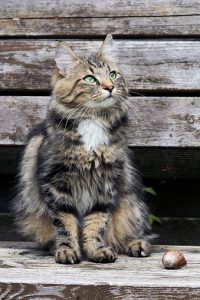 This breed comes in many different colorings and patterns, including white, orange, black, and gray. Females weigh in at about 9 to 12 pounds, males weigh 12 to 16 pounds, and both have a lot of fur that requires consistent brushing — especially when they shed in the spring. The average life span is between 14 and 16 years, and stays on the higher end when they’re kept indoors (and away from cars and diseases) with regular vet visits.

It probably won’t come as a surprise to hear that the Norwegian Forest Cat hails from Norway. What you may not know is that the cat’s history goes back 4,000 years and is tied to numerous legends and Norse fairytales. For example, the Wegie was said to have pulled Norse goddess Freya’s chariot, and was a friendly face on Viking ships as they traversed the seas. This feline has also been a centuries-long friend to Norwegian farmers, and its thick coat makes it ideal for the country’s chilly conditions.

In 1938, the breed made its first big-time appearance on the global stage during an Oslo cat show, where it earned much-deserved attention for its enchanting visage. In the ‘70s, Norwegian breeders made it their mission to preserve this feline’s bloodline and standardize its appearance. Shortly thereafter it became the official cat of Norway, as declared by King Olaf V. It eventually was recognized as a breed by the International Cat Association in 1984, and subsequently recognized as such by other associations. Today, the Wegie is one of the most popular cat breeds in Europe, especially in Norway, Sweden, and France.

Whether your Wegie is purebred or a mixed breed, it may be susceptible to certain genetic predispositions. These include hypertrophic cardiomyopathy, a form of heart disease; hip dysplasia, a hereditary hip socket defect that may lead to pain and/or lameness; and Glycogen Storage Disease IV, a rare form of glucose imbalance that affects metabolism. This is typically only seen in infant cats, who are often stillborn, but may present in kittens under six

months and leads to an untimely death over the next several months. Another common vulnerability in Norwegian Forest Cats is polycystic kidney disease, which affects the kidneys’ ability to properly function. It is often detected through ultrasound within the kitten’s first year.

As with any cat, it’s important to schedule regular visits to the vet to maintain and stay on top of health issues. It’s also important to keep them at a healthy weight, clean their teeth, and diligently maintain their litter box (especially since their fur is so long).

Do you have a Norwegian Forest Cat? Lucky you! Share a pic with us on Instagram by tagging @gohealthypaws. If you haven’t already, look into getting a free quote to help safeguard not just your special cat, but your wallet too. 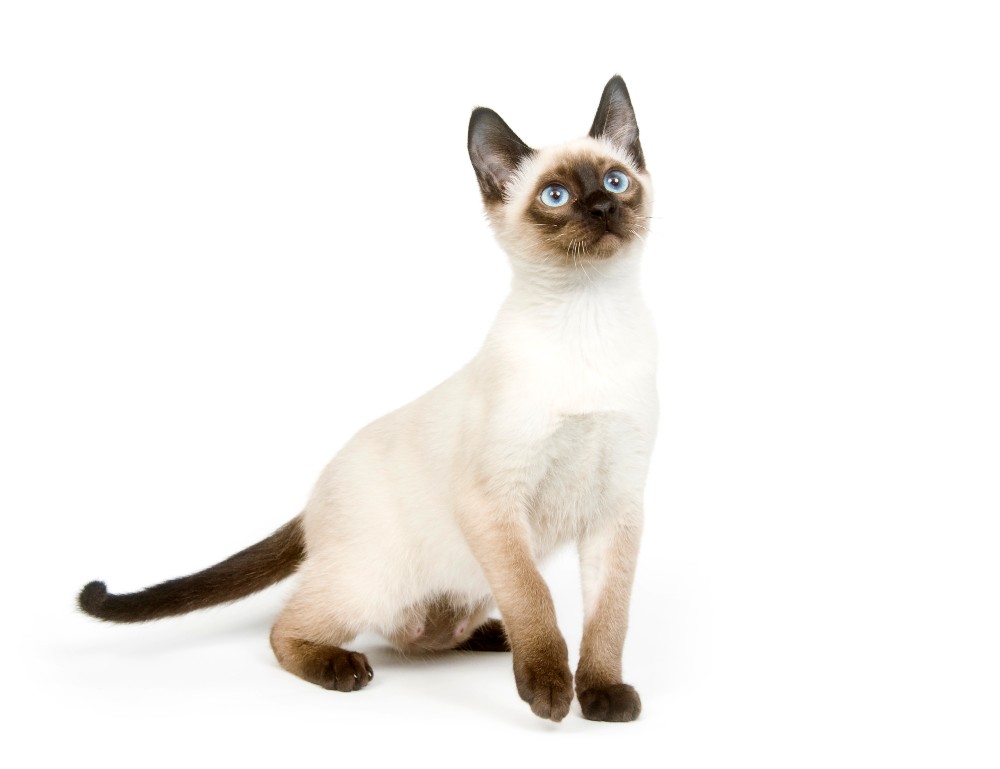 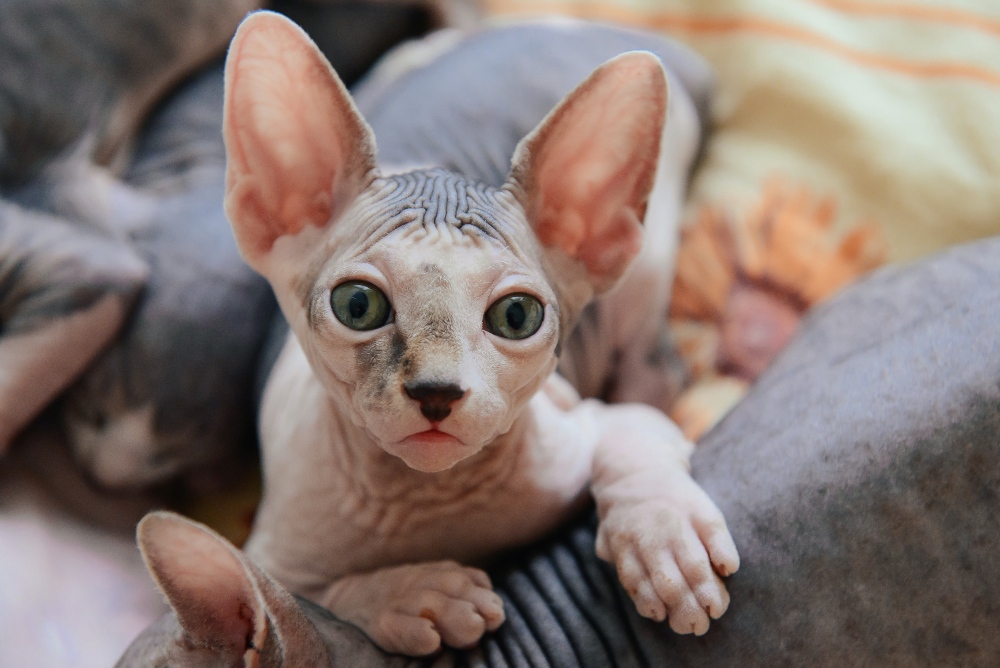 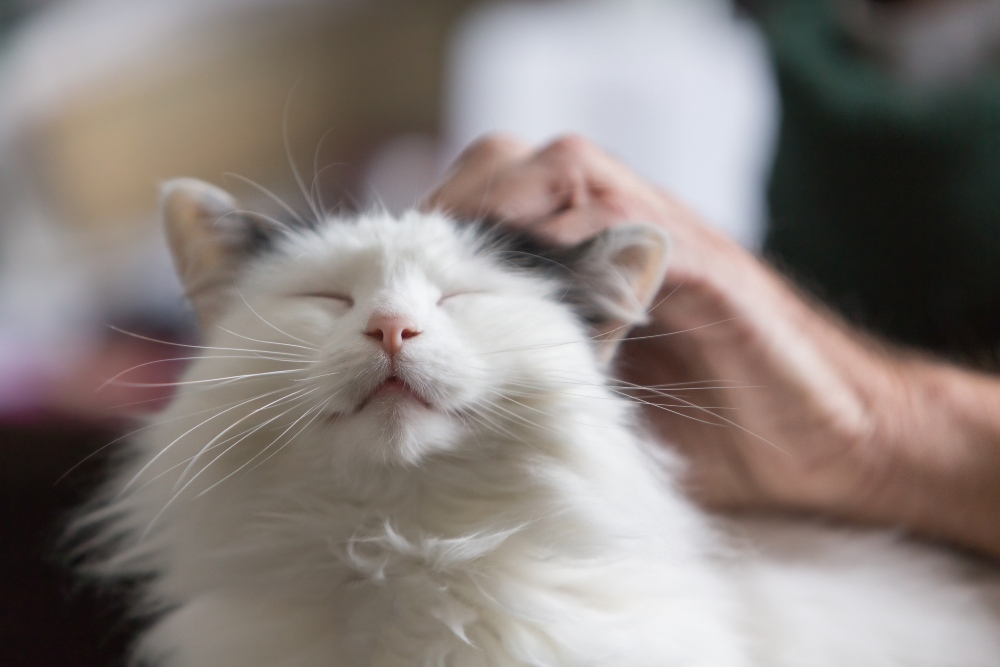