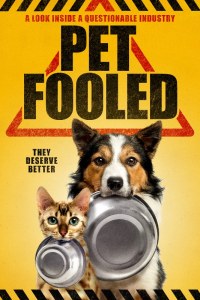 Pet Fooled—a documentary currently streaming on Netflix, iTunes, and Vimeo—sets out to expose the contradictory and sometimes harmful inner workings of the commercial pet food industry. Tackling commercial recalls, raw food diets, and what’s recommended by vets, the film’s director agreed to give us the lowdown on some of the challenges both creating the film and in pet food today.

Healthy Paws (HP): How did you become interested in pet food ingredients? Are you or any of the film’s creators pet parents?

Kohl Harrington (KH): It’s the film’s producer Michael Fossat who is the pet parent. He had a rash issue with his dog and it was suggested that he look into the foods he was feeding, because it was likely an ingredient in the food was causing the rash. So “Pet Fooled” was born out of that innocent question of what is actually going into dog and cat foods? Needless to say, what we found was a big shock!

HP: When creating the film, there were some moments where you ran into roadblocks with the PR teams at the big pet food brands. Did you find you had strong resistance from anyone else?

KH: I do hear feedback from people who watch the film saying “my vet says don’t feed a raw food diet”; I’m wondering why organizations like the AVMA are against fresh foods and instead recommend processed, high heat extruded, void of moisture, inorganic, and sprayed with palate enhancers foods; it doesn’t make logical sense in regards to nutrition.

[On the other hand] I’ve found there are sections of the population who’ve had issues with their dog or cat, and because of these personal issues – i.e. their dog getting cancer or their cat getting diabetes – they’ve looked into the foods and uncovered exactly what the film explains. The great thing about “Pet Fooled” is that anyone can go find this same information if they’re willing to spend [the time]. 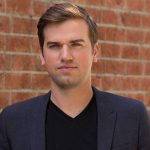 HP: What are your recommendations for what people should feed their pets? What should we be looking for in our pet food?

KH: It’s important to point out that raw food is the fastest-growing segment on the market. It’s also referred to as “fresh food” and you must do it right. No matter what you feed, you need to know where the ingredients are sourced. You need confirmation on how they’re prepared and are balanced for the animals. Most of the raw food companies on the market today are completely open in that regard.

My recommendation for what people should feed is a diet that is species-appropriate. People are always wanting me to give them brands and what I want to say is that brands can change! It’s not even about the brand; it’s about the approach to feeding. It’s about not feeding an herbivore diet to a carnivore or a scavenging carnivore.

HP: With regards to the chicken jerky recall, participants were shocked that something with just two or three ingredients was poisoning their pets. How do we keep our pets safe? Is it demanding better regulations, calling our members of Congress, etc.?

KH: I think the comment by Dr. Royal in the film is always going to be valid: “It’s pet food. We’ve got bigger fish to fry.” Does anyone care? I think more and more people are [starting to care] every day, but is a Congress member or candidate ever going to win an election because of their stance on pet food? I don’t think so.

Regarding regulations, the pet food industry hasn’t been built from the ground up on what is or isn’t appropriate for the food, nor for how the foods are produced. Right now, it appears to be an open field and it’s a subject that I’m still researching. We citizens must make sure that what’s occurring in any industry is appropriate, logical, and fair.

HP: What do you want pet parents to take away from the documentary?

KH: I want pet parents to know that their cat is a carnivore and their dog is a scavenging carnivore. There’s a lot of money to be made from pet parents not knowing that. Look at the sugar content and the carbohydrate content of many of the dry foods; it’s difficult to find on packages because companies likely prefer you not know that. But if you’re spending so much money on the pets that you love, why not feed something appropriate or even consider companies that care versus companies driven by their bottom line? There’s a difference, and the consumer is always at the mercy of that.

This interview has been edited for length.