Pet Parent Fulfills ‘Bucket List’ For Her Dying Dog, Who Then Defies Odds and Lives For Years 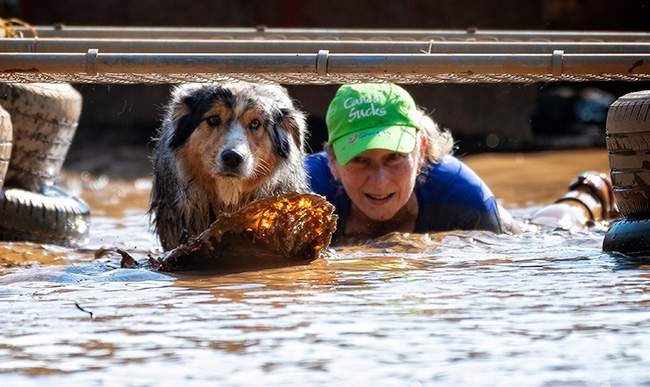 Pet parent Kerry of Berkeley, Calif. took her healthy, active 5-year-old Australian Shepherd Quigley to the vet a couple years ago when she noticed him peeing for an unusually long time. Unfortunately, she got the worst possible news – Quigley was diagnosed with aggressive T-cell lymphoma, a type of cancer of the blood that originates in the lymph nodes and can spread to other organs if left untreated.

The veterinary oncologist advised her that with chemotherapy treatment he might live another six months. Kerry had a Healthy Paws plan, so she opted for the most aggressive treatment option, hoping it would give her a little more time with her pup, who she calls “the best dog ever.”

“He would generally have one day of little appetite but was pretty happy and energetic otherwise. I did reduce his activities during chemo. He lost his entire coat after chemo and really cute soft puppy coat came in after it, then his regular luxuriant coat grew in,” she wrote. 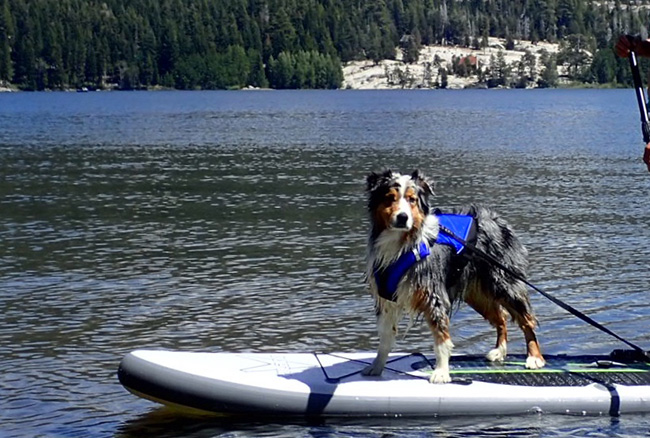 Kerry then did something truly remarkable. Thinking he only had a few months to live, Kerry took a vacation from her job as a wildland fire ranger and set out to make sure Quigley lived the fullest, richest life possible, essentially creating a canine “bucket list” and then setting her plan into action.

“We drove across the country to Alabama to participate in the U.S. Canine Biathlon and visit as many National Parks and National Monuments as we could fit along the way. We participated in eight other K9 obstacle course races all over California. Quigley earned American Kennel Club (AKC) titles in Canine Good Citizen, Trick Dog, Dock Diving and Lure Coursing. We hiked, we camped, we canoed, we stand up paddle-boarded, we swam, we took agility and barn hunt classes. Phew, we are having a good time!” she wrote.

Six months came and went, and Quigley just kept thriving. Now 2 ½ years past that scary diagnosis, 8-year-old Quigley is still going strong with his cancer and the chemo only causing a few minor health problems — he tires a little more easily, is prone to bladder infections and his immune system is compromised. Those things didn’t prevent him from completing two weeks of hiking with Kerry in the rugged Sierra Mountains of northern California recently. He also won an invitation to the AKC North American Dock Diving National Championships in Florida later this year. 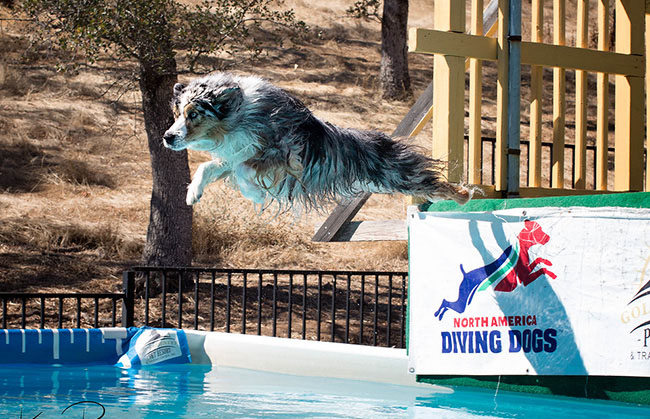 Kerry and her vet oncologist think that keeping Quigley active and engaged certainly helped his overall health and drive to live. She also consulted a vet nutrition specialist and changed his diet from dry kibble to a homemade one with a greater variety of high-quality, nutrient-dense foods, more protein, fewer carbohydrates and more fresh foods. She even bought a dehydrator and makes almost all his snacks.

“Basically, his diet is now healthier than mine,” she quipped.

And while that road trip and ticking off that bucket list was surely fun for Quigley, Kerry said she gained a lot from it too, seeing places she never would have visited otherwise.

“The United States is an incredibly beautiful and varied country! There are so many places I want to go back to visit and explore for longer. The U.S. is full of kind, interesting people who have all sorts of experiences to share if you are willing to listen. Kentucky is gorgeous. Stay off the main highways whenever you can,” she wrote. 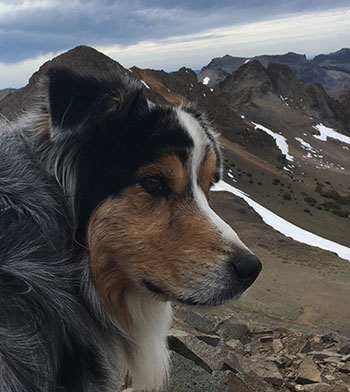 Quigley’s athletic feats and AKC titles are even more inspiring when you learn about the shape he was in when Kerry adopted him. He had been returned to a breeder for behavioral issues and was grossly overweight at 3 ½ years old. Kerry had lost her previous Aussie about two years prior and she was thinking of adopting another one. Her dad had heard about the returned dog and told her about it.

She emailed the Washington state breeder but learned that someone else was interested, so she told the breeder to keep her info in case it didn’t work out. About a month later, the breeder contacted Kerry and asked if she was still interested. She was, but she was living in California and it was the middle of fire season, so it would be a few weeks before she could come meet him.

“I did eventually fly up there and met the fattest (80+ lbs.), ugliest Australian Shepherd I had ever seen, but what a great personality he had!”, she wrote. Six weeks later, she came up to collect him and set about helping him lose weight and teaching him manners.

“It was a lot of work for both of us, but after about a year I realized that the porky, ill-mannered dog I picked up had turned into a handsome, amazing companion. He then helped me through a couple of knee surgeries. So that cancer diagnosis was so devastating after all we’d been through together,” she said.

Pet insurance was a ‘no-brainer’

Kerry had wisely opted for pet insurance for Quigley after she spent a lot of money in the last few months of her previous dog’s life.

“I figured out that the cost of premiums for 10 years would be not much more than I spent on my last dog’s final few months. So, it kind of seemed like a no-brainer,” she said. “Without Healthy Paws I would never have been able to choose chemo for Quigley, and we would not have been enjoying these years together. Healthy Paws allowed me to have treatment options, is incredibly easy to work with, and very fast to reimburse.”

If you appreciate going all out for your pets, you are a great candidate for pet insurance. Find out more about dog insurance (and cat insurance) and start by getting a free quote. Bonus: each quote means a donation is made to homeless pets.