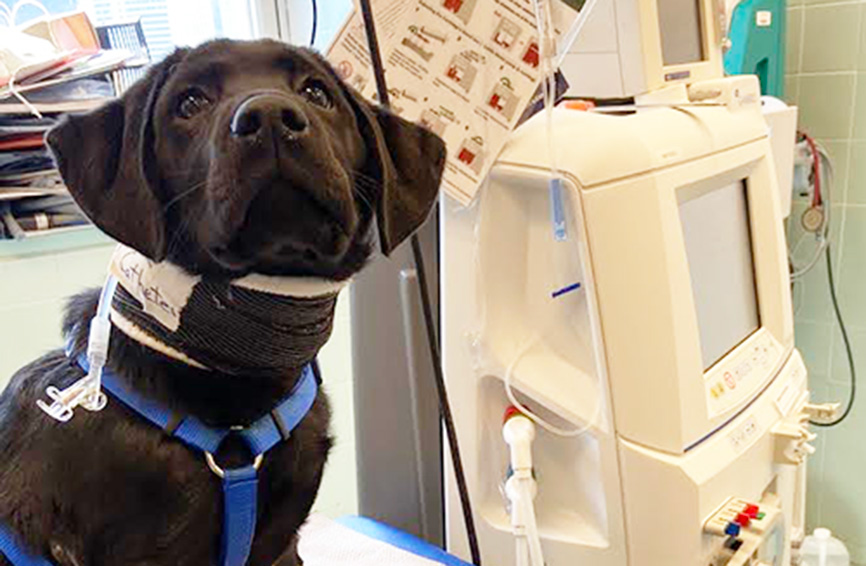 When pet parent Joe and his wife Melissa adopted an adorable black Labrador puppy earlier this year, he did not expect to have to face a life-threatening condition when that sweet puppy, Leo, was only 13 weeks old.

One day little Leo started vomiting up his food. Since throwing up isn’t abnormal for a puppy, Joe was not too worried at first. But when the retching continued into the night and by the next morning was coming up white foam and bile, they called the vet. 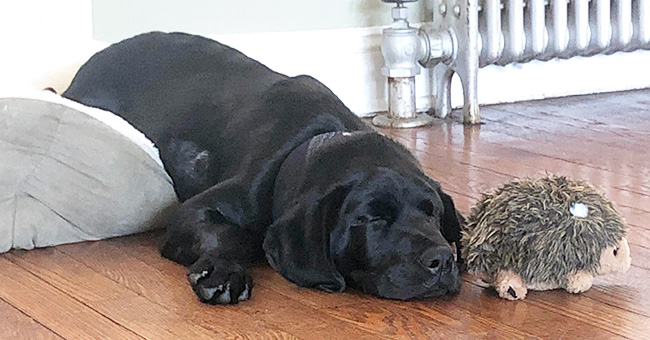 Joe rushed Leo to the veterinarian, and immediately, the doctors could see his condition was grave – his kidneys were already failing. They tested him for leptospirosis or “lepto”, a disease caused by a bacterial infection, which dogs can contract by drinking contaminated water or exposure through a wound. But that fast test came back negative.

They transferred to a veterinary hospital in Long Island, where Leo was treated with fluids and antibiotics. By early the next morning, the news was heartbreaking – Leo was in grave condition.

He was not processing the fluids and producing urine since his kidneys had shut down.

“The hospital said the only way he would live would be through dialysis, which they mentioned was extremely expensive. We called [the Healthy Paws] support line, and when they said dialysis is covered, we didn’t have to worry about finances and took him to the Animal Medical Center in Manhattan,” Joe said.

The top-notch veterinarians at the medical center agreed that Leo was in dire shape, but they thought dialysis could buy him time to fight whatever was going on. They then did a true blood, urine, and x-ray check for leptospirosis, which this time came back positive. Some dogs only have mild symptoms from the condition, but others, like Leo, can suffer life-threatening kidney or liver failure.

A vaccine is available to prevent leptospirosis and will protect a dog for a year, but Leo was so young that he hadn’t received all his vaccinations yet.

After the first dialysis treatment, he started producing urine again and drinking water, Joe said. After the second treatment, his kidney values went down to a much safer level, and he began to eat and drink on his own. He spent another seven days in the hospital, which included two days of intravenous treatments and five days of monitoring.

“The first two days were so nerve-wracking for us as we only had Leo for one month and couldn’t think of losing a puppy so soon. After the second treatment, the doctors said his kidneys were back to functioning, and he could stay off dialysis and fight the bacteria with the antibiotics on his own,” Joe said.

Getting back to normal puppy antics

Leo is now six months old, but he was back to his old puppy self just a few days after completing his treatment.

“We are happy to say Leo is back to his normal self. After the first few days, he really started to be a puppy again. He is back to running around the house, stealing socks and playing with all of his favorite toys. We are so blessed to have our boy back,” Joe said. 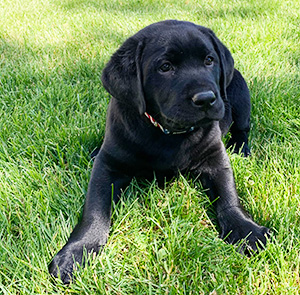 Joe chose a Healthy Paws plan because there are no per incident, annual or lifetime caps, and he was impressed with the number of conditions covered. He also appreciated the quick reimbursement.

“I couldn’t be more thankful that I signed up when I did. We are so incredibly grateful to the staff at Healthy Paws. You saved us from the burden of having to put financials over saving our puppy’s life. The cost of his treatments would have ruined our financial safety net and potential house fund. Thanks to your service, we were able to focus on getting Leo better,” Joe wrote.

Protect your pets from those unexpected illnesses and accidents, which the Healthy Paws plan covers. Get a quote and make sure you’re covered for those puppy mishaps and unpleasant surprises.