How PuppySwap.com Fooled Us All

In late December, ads began appearing for PuppySwap, a website where you could trade in your adult dog for a puppy. PuppySwap soon went viral, with pet parents across the world expressing outrage. I was pretty peeved myself when I saw their incredibly believable video, seen above.

PuppySwap, actually www.PuppySwap.ca, was a fake site created by the Toronto Humane Society. The group made PuppySwap ironically to raise awareness for homeless pets, specifically puppies grown into adult dogs.

The stunt worked, like crazy viral schemes often do, and we all breathed a collective sigh of relief. Who wants to live in a world where PuppySwap is a real thing? Pets aren’t objects to be traded and upgraded – they’re furry family members who are here for the long haul. 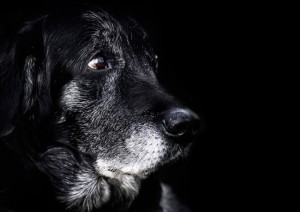 Dogs of all ages are amazing additions to families, especially distinguished senior dogs. Image via Creative Commons license on Flickr.

For those gullible or awful enough to believe something called PuppySwap could exist, when you click the “sign up” button a message about homeless pets pop up. Click the “more information” link and you’ll be redirected to the Toronto Humane Society’s website.

Unfortunately, swapping grown-up puppies for brand new ones is all too common in the United States. The PuppySwap video pokes fun at this by mentioning how it sorts puppies by “adorability” and “what’s currently trending.” Pets as presents isn’t always a good idea, especially as a surprise. Every year there’s a boom of abandoned pets that weren’t welcome gifts.

Ads with shock value that outrage – like PuppySwap – call attention to pet adoption and homeless pets. In the U.S. alone there are more than 7.6 million pets homeless or in shelters; the exact number is unknown because it’s growing every day. If you need a new companion, visit your local animal shelter to find your furry soulmate today.