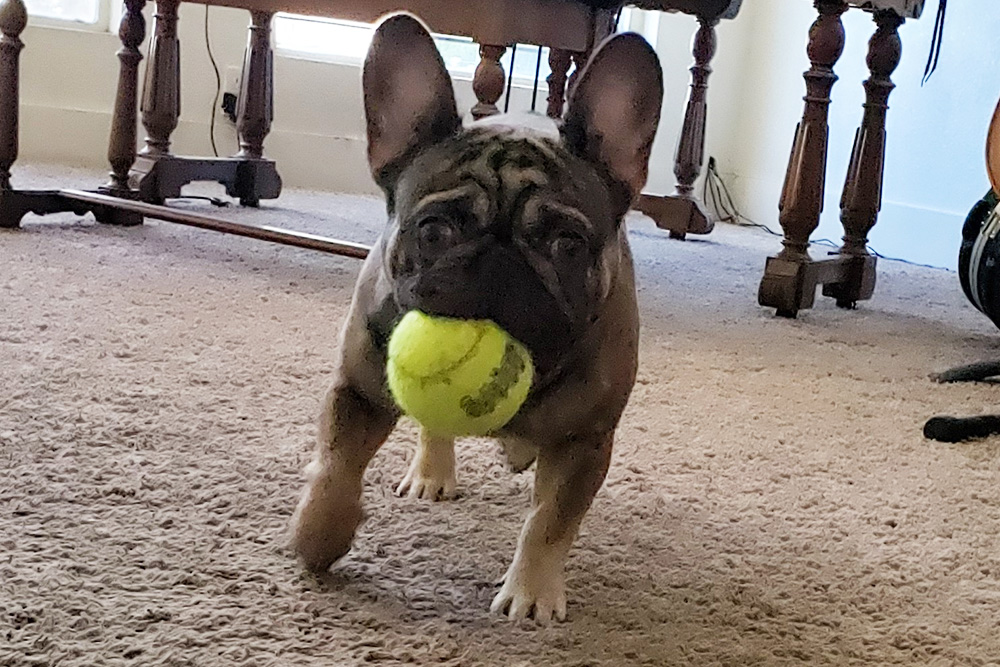 Ragnar is a 3-year-old male French Bulldog, who pet parent Adrian said is funny and unusually athletic for a Frenchie.

“If he’s not sleeping, he wants to play, or is following me around to help me with my chores and getting into anything that grabs his interest,” she wrote. 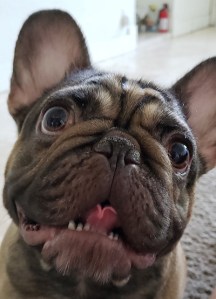 One day, Adrian returned from work and Ragnar initially seemed fine. Then after dinner, Ragnar started vomiting. Soon she noticed foamy bile in his vomit. And then there was diarrhea, which appeared to have blood in it. She knew she had to get him to the veterinarian as soon as they opened the next day.

Ragnar was diagnosed with Hemorrhagic Gastroenteritis (HGE), a serious gastrointestinal condition that can be fatal if not promptly treated. HGE is most common in young adult dogs, and smaller dogs are more susceptible.

Besides vomiting and diarrhea, other symptoms include; painful abdomen, decreased appetite, dehydration, depression and lethargy. Adrian wanted to tell her story because many pet parents may think their dog just has an upset stomach or other gastro issue that they think will pass.

“Because I caught it early, Ragnar was given fluids and he fully recovered,” she wrote.

Adrian had to take Ragnar to the vet every day for a week to receive fluids and medication for nausea and diarrhea. He didn’t eat for several days, but by the end of the week, he started playing a bit and was back to his “normal crazy self” after 10 days.

Adrian can’t be sure what caused the condition, but her vet thinks it was something he ate. Since Ragnar’s diet is closely controlled, Adrian thinks he might have eaten something in the yard.

“Mostly, he is not outside unsupervised, but you cannot watch them 24/7,” she said.

Adrian adopted Ragnar when he was two years old and transferred a Healthy Paws policy that the previous caretaker had on him.

“While I do not run my dog to the vet for every hangnail, I thought the insurance was great peace of mind investment. Healthy Paws was there for me,” she said.