Science Says Talking to Your Pets is Totally Normal 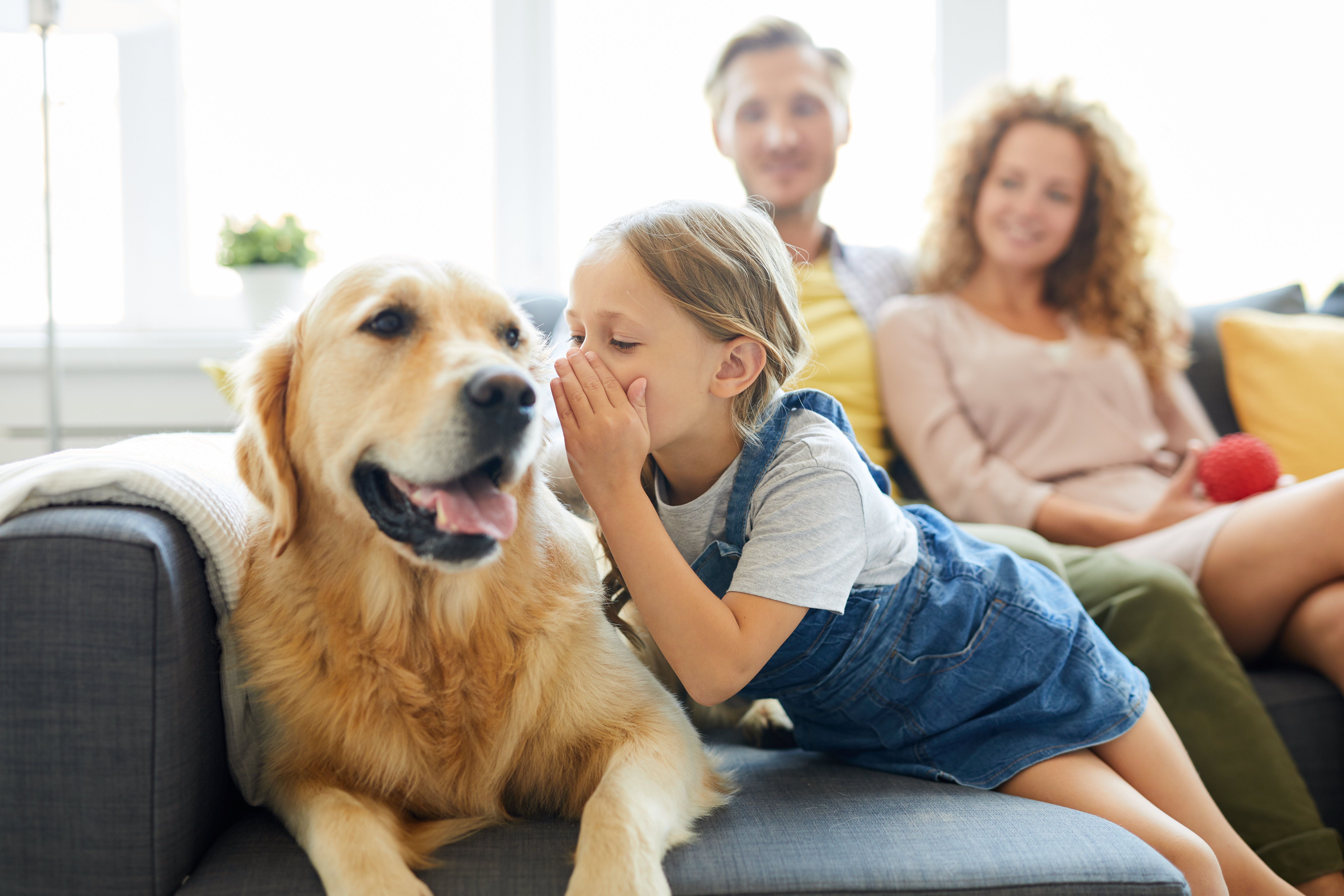 It’s easy to poke fun at ourselves when it comes to the relationship we have with our furry companions. We go above and beyond to make sure they have the most comfortable bed, that their food is served just how they like it, that they have more than enough toys, and that they look perfect in all those pictures we readily share on social media. There’s one thing we tend to keep mum about, though, out of fear that we may be considered a bit odd. That one thing happens to be how much we talk to our pets.

From one-sided venting after work and mundane commentary on a lazy Saturday, to high-pitched lovey-dovey words of affection, many of us candidly talk to our fur friends in the privacy of our home. (Truthfully, some of us also do this without shame in public!) Sometimes it seems like our pets are happy to engage by responding in kind with meows, woofs, and head tilts. Other times they look back at us like they’re taking it all in, and sometimes they just sit there stoically without much of a response.

Interestingly, recent research has shown that talking to our pets is not only normal, but perhaps even a sign of intelligence. Turns out, the reason why we converse with animals is because we’re trying to “anthropomorphize” them, which is fancy science speak that means to humanize something. We inherently want to make objects and creatures more like humans in our minds. We do this from a very young age and throughout our life with many things, including toys, bugs, cars, boats, trees, and other everyday objects.

“Historically, anthropomorphizing has been treated as a sign of childishness or stupidity, but it’s actually a natural byproduct of the tendency that makes humans uniquely smart on this planet,” Dr. Nicholas Epley, a behavioral science professor at University of Chicago, told Quartz. “Recognizing the mind of another human being involves the same psychological processes as recognizing a mind in other animals, a god, or even a gadget,” says Epley. “It is a reflection of our brain’s greatest ability rather than a sign of our stupidity.”

In other words, the fact that we humanize our pets — to the point of conversing with them — demonstrates our unique ability to connect more deeply with non-humans.

“We think our cat is acting ‘sassy;’ that the stock market is ‘angry’ or ‘working to recover;’ and we ask our car ‘why it won’t turn on’ and call it a ‘rickety old man’ when it starts to stall,” says Epley. “This is just the byproduct of having an active, intelligent social cognition — of having a brain that is programmed to see and perceive minds.”

The Connection with Pets Goes Even Deeper, Though

You know what goes hand in hand with anthropomorphism? Empathy. Communicating with your cat or dog is a sign of deep love and affection for them. It comes from a desire to relate to them and connect with them. And here’s the thing — animals often respond in kind. They obviously can’t pick up on every single word or nuance, but numerous studies have proven that both cats and dogs can read human emotion pretty well.

For instance, a study by Moriah Galvan and Jennifer Vonk of Michigan’s Oakland University examined a dozen cats and their owners. They discovered that the cats behaved differently when their owners were happy and smiling versus frowning. Further, the cats were able to pick up the same emotions with strangers, too, which demonstrated that this is a universal understanding of human emotion. Dogs have the same ability, according to another study by Corsin Müller at the University of Veterinary Medicine in Vienna. They are tuned into human expressions and emotion.

If you’ve lived with your cat or dog long enough, you also know that they respond to certain tones and words as well. Like we said, they can’t understand everything you say, but it’s not as if you’re talking to an unresponsive wall when communicating with your pets.

We should never feel silly for talking to our pets. Doing so is an innately human tendency, a sign of higher intelligence, and a reflection of just how much we love and car for our furry besties. Also, our words aren’t necessarily falling on deaf ears because our pets are tuned into us, as well.

If you’re chatting up your pet, you probably consider them part of the family! Protect them like family by enrolling in pet health insurance. You can say “yes” to important, life-saving treatments without worrying about your wallet. Start by getting a free quote.