Senior dogs are some of the most needy animals in shelters. Already abandoned once because of their age, these lovable pups are passed over for younger, more energetic dogs time and time again. Many pet parents are deterred from adoption because of medical conditions – current or future – that aging dogs develop, like arthritis and diabetes. 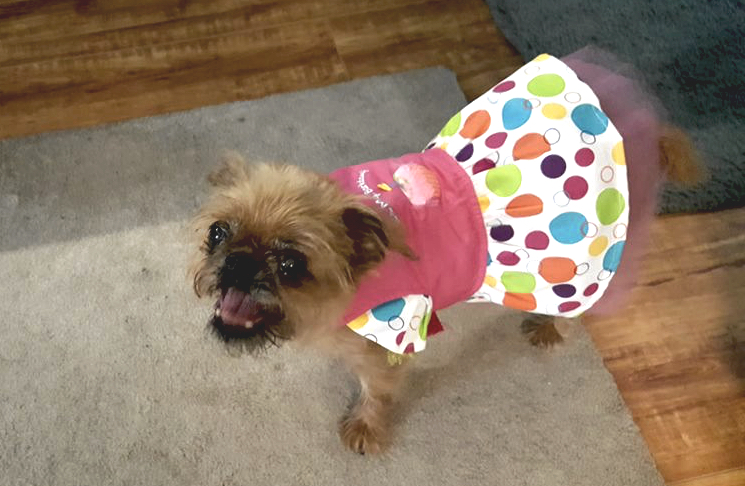 Pet parent Kimberly Hatfield wasn’t concerned about her senior pets’ propensity for vet visits – she signed up for pet insurance. “Daisy Mae was a rescue adopted at eight years of age, so insurance was very important to me,” she wrote in a Facebook message.

Daisy Mae and Beauregard are bonded siblings, adopted from the National Brussels Griffon Rescue two years ago. Kimberly and her husband made the eight hour trip from their Virginia home to retrieve the lucky dogs. The elder pup, Daisy Mae, turned 10 years old in November; brother Beauregard celebrated his eighth birthday December 1st. 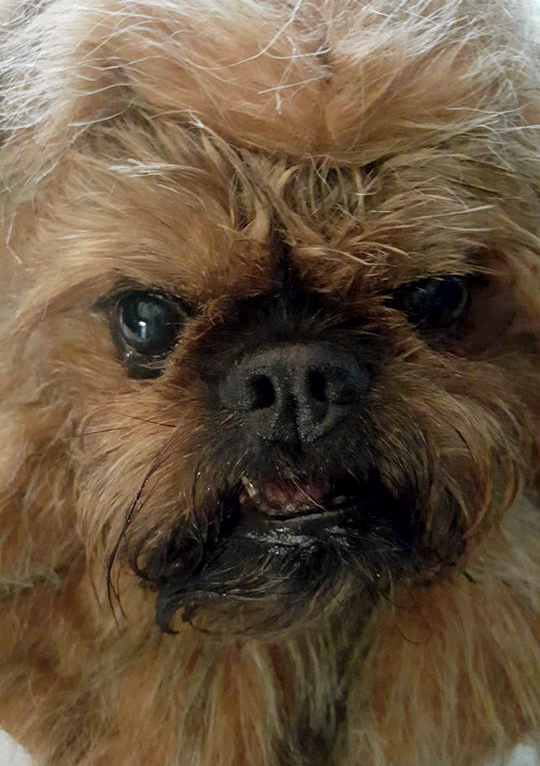 Daisy Mae’s younger brother, Beauregard, is also covered by Healthy Paws but has yet to file a claim. (Kimberly Hatfield)

Despite having the same adorably Ewok-like face, Beauregard and Daisy Mae’s health has taken very different turns. Beginning in spring 2014, Daisy Mae began limping in her front legs. Vets had difficulty diagnosing her condition; a tick was found in her left front paw, but tested negative for any harmful diseases. She was found to have an enlarged heart, but suffered no symptoms related to the diagnosis.

By July, Daisy Mae had started treatment for her chronic joint pain, a combination of laser therapy, treadmill walking, ultrasound, and rehabilitative massage. “She is currently in rehab – which for her is walking on an underwater treadmill – which has helped a lot,” reports Kimberly. Hydrotherapy is especially helpful for senior dogs, as the water relieves pressure on joints and weakened muscles. Walking on an underwater treadmill (UWTM) allows these pets to exercise when they otherwise would be in pain.

As beneficial as these treatments have been for Daisy Mae, they come with a hefty price tag. Laser therapy ranges from $25 to $50 per session, with some packages around $80/week. UWTM sessions are roughly $50 each, nothing compared to the price of the actual equipment, which is tens of thousands of dollars. Daisy Mae was also found to have cataracts last June, undergoing successful surgery that month to remove them.

Humans whose four-legged family members are diagnosed with chronic medical conditions may find themselves paying hundreds of dollars a month in treatment sessions. When Kimberly adopted the dynamic duo, she was determined not to go down that road. “I have no children except for my fur babies and I put them first,” she says. “You are the first health insurance I have bought for any of my pets over the years.”

Since Kimberly enrolled Beauregard and Daisy Mae in November 2013, Healthy Paws Pet Insurance has covered $8,117.88 of medical care from 89 claims – all from Daisy Mae. “No one can believe it when I tell them how much was covered under her policy,” Kimberly says. “What a great partnership it has been.”

Do you have a pet insurance story? If you’d like to be featured on The Scoop, send us a Facebook message to get the ball rolling!