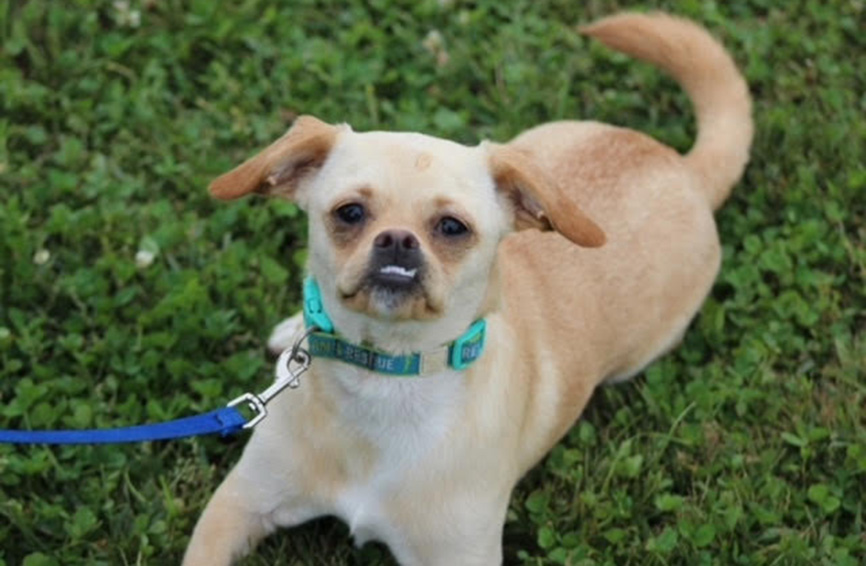 Skeeter is a 14-pound mixed-breed pup with a huge personality. Pet parent Kristy rescued him from a shelter in Maine and was told his mother was a puggle, and they think his dad was a Chihuahua.

“He’s very smart and learns commands easily, though he can be stubborn. We never taught him how to play fetch, but he has always just brought back any toy we’ve thrown. He’s a momma’s boy, so he gets jealous easily if he can’t sit right next to me or on my lap,” Kristy said. “His nickname is meerkat because when he begs, he sits like one.”

In his first 18 months, Skeeter was mostly healthy with just some minor digestive issues. Then, in early December, he became very ill, was vomiting blood, and passed blood through his feces.

Kristy called her vet, and they recommended she go to the emergency clinic where they took a fecal sample and blood count and prescribed medication to help with diarrhea. The vet found no underlying issues and diagnosed Skeeter with a sensitive stomach. A few changes in diet seems to have resolved the issue.

“We switched to a prescription diet and from traditional dog treats to scrambled eggs or raw carrots, but he loves them (probably more than the dog treats), and that’s helped enormously. He still occasionally vomits when overly stressed, but it’s not often at all,” Kristy said.

Stomach issues in pets are among the most common conditions that bring pet parents to the veterinarian – whether it be from intestinal illness or ingesting something they shouldn’t. In 2019, stomach issues were the No. 1 reason Healthy Paws dog parents visited the vet. 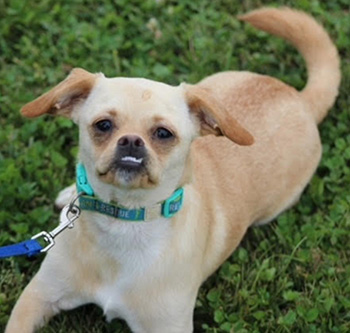 Skeeter is doing great today and is back to his favorite activities of riding in the car, going to doggie daycare, and taking walks.

Kristy said she signed up for pet health insurance as soon as she adopted Skeeter because she had not done so with a previous dog – an English bulldog – and regretted it after shelling out thousands for vet care over his lifespan.

“There is nothing worse than having to make hard choices about your pet’s health because of the cost. Of course, we always did what was necessary to provide our bulldog with the care he needed, but it hurt us financially,” she said.

For Skeeter’s vet visit and aftercare, Kristy submitted her claim the same day and received an email two days later that she would be reimbursed for 90 percent of the cost after she met the deductible.

“What a relief to have Healthy Paws there for us in such a scary time,” she said.