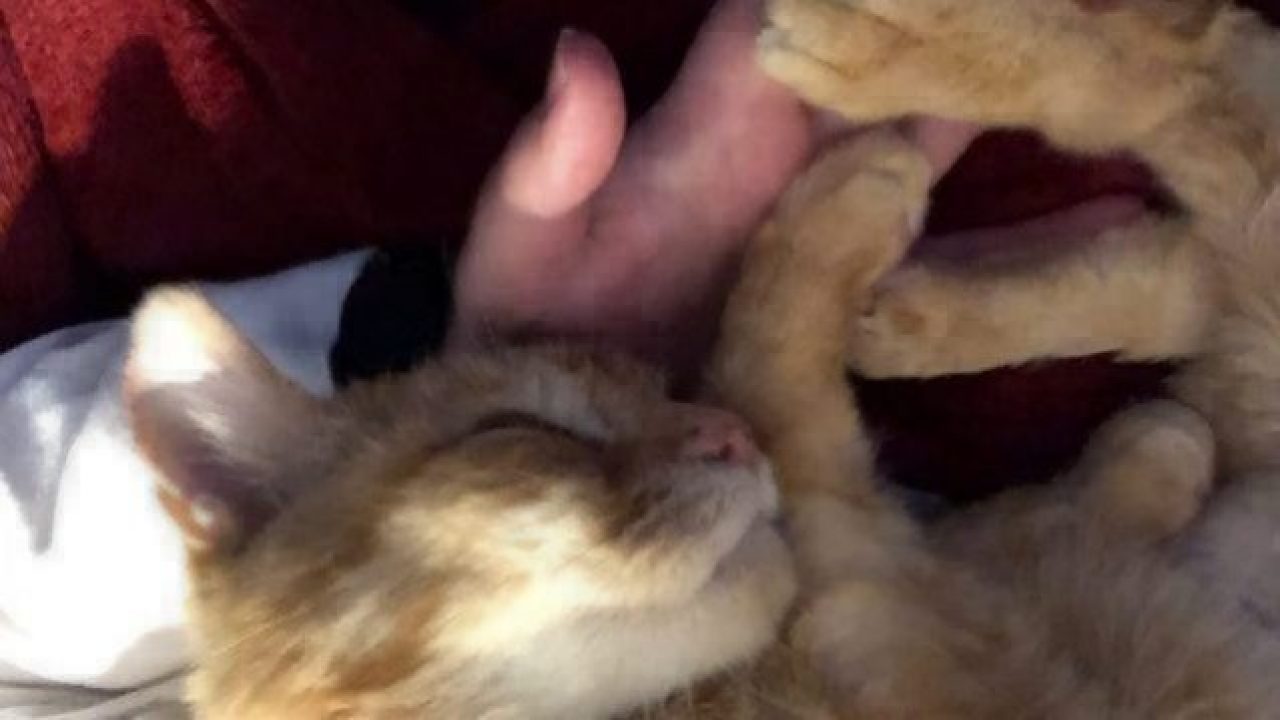 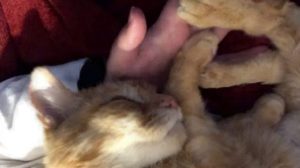 “I went to PAWS Chicago, a no-kill animal shelter, with the intention of adopting an older cat.  My current cat, Ice, was nearly 18 years old and had medical issues so I knew she wouldn’t want a young, active cat,” says pet parent Sasha. “I met several cats and was about to leave the suite Joe was in when I saw him hiding.  It was easy to coax him out of his hiding place and he immediately jumped onto my lap.  At 3 years of age, I felt he was too young for what Ice needed.  However, Joe wouldn’t get off my lap, he even nipped at my hand when I tried to put him down!  Eventually, I knew he chose me and I couldn’t say no!”

Five months after adopting Joe, Sasha’s cat Ice passed away.  “That was my third pet loss in just over 3 years. I lost a dog (Sam) and cat (Taz) to cancer and Ice had kidney failure and was a nearly life-long diabetic.” Because of this, Sasha was an early pet insurance convert for Joe. “I had never had pet insurance before, but wish I had when Sam and Taz had cancer and Ice was in and out of the hospital in the final months of her life on top of dealing with diabetes for probably 15 years.”

Just last year, Sasha found her instinct to get Joe insured was right. “I thought I noticed a spot on the side of Joe’s nose that I was pret 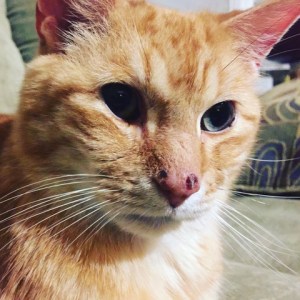 The vet took a small sample of the spot and Joe was diagnosed with herpes. “I had no idea cats could even get herpes,” says Sasha. It’s, in fact, very common! Any cat can be susceptible to feline herpes, however those who are in crowded, stressful conditions (perhaps like a shelter) or if they have already weakened immune systems from another condition can often develop more severe symptoms than other kitties diagnosed with herpes. Signs include cold-like symptoms (sneezing, runny nose, congestion, fever), pink eye and lesions /ulcers around the eyes, depression, drooling, and lethargy, among others.

Herpes does not usually go away over a cat’s lifetime, however symptoms and spots can be treated with antibiotics or antiviral medications. Vets now have a vaccine that can be administered yearly to help prevent herpes in cats (Merck makes one called Nobivac Feline 1-HCP).

“After a couple rounds of treatment, the spot on the tip of his nose scabbed over finally fell off the day after Christmas (it was a Christmas wish come true!),” says Sasha. “However, the spot on the side was more stubborn and hadn’t changed. We kept an eye on the side spot and eventually, I took him back for another check-up, to see if there was anything we could do.” It was during this time that Sasha also noticed Joe’s ears were not looking normal – “the tips looked black and felt cool to the touch.” At their vet appointment, they were stumped, but wante 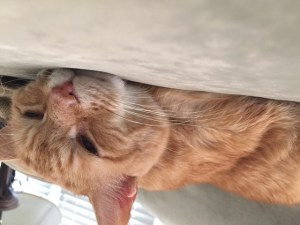 d to do a biopsy to see what could be causing the discoloration.

Joe recovered but is now on long-term medication to treat the pancreatitis. “We also changed his diet and he’s starting to gain back some of the weight he lost earlier in the year. He also did a round of medication to treat his ear and nose, but we haven’t seen much improvement with either.” By now, Joe has lost his fur on the top half of both ears due to lack of circulation, and they’re on a maintenance plan to avoid further stress. “He’s been through a lot of stress the last 9 months with vet visits and various treatments, so he’s taking a break!” Both conditions have totaled $4,285 in vet bills thus far, of which $3,419 was reimbursed to Sasha.

“Joe is one of the sweetest cats I’ve ever met.  He loves to cuddle, but he’s very much the gentleman, so even after 5 years, he will sit on the floor and wait to be invited to cuddle.,” says Sasha. In addition to cuddling, Joe’s back to people watching from the window and catching some naps in the sun. You can follow his journey on Instagram: @joemeows

if you are a Healthy Paws pet parent with a recovery story to tell, we’d love to hear it! Send your pet’s story along with photos of your four-legged family member to happytales@healthypaws.com