Supreme Court Goes to the Dogs 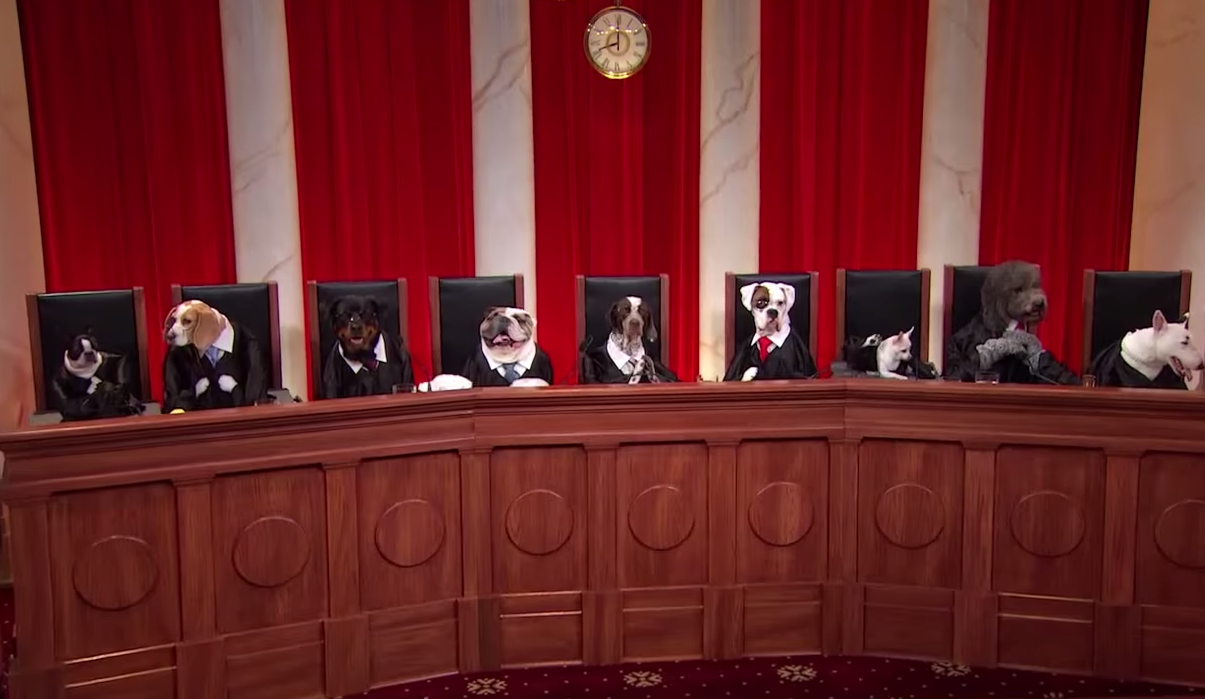 Although SCOTUS permits audio recordings, cameras are verboten. As a result, news channels often broadcast the audio accompanied by still illustrations, which Oliver calls boring. “What happens at the Supreme Court is way too important not to pay attention to,” Oliver said during his broadcast. With recent decisions regarding topics from contraception to gene patents to warrants for cell phones, he argued, SCOTUS’s rulings are anything but unimportant.

Oliver’s solution to get people to pay attention? Round up a cast of nine dog justices, a duck assistant and a pecking chicken stenographer. Using actual audio recordings of the Holt vs. Hobbes case, about whether prisons can force Muslim inmates to trim their beards, Oliver’s crew staged an animal SCOTUS reenactment. It’s even more entertaining than it sounds. There’s Bulldog Justice Scalia, and Justice Ginsberg as a bespectacled Chihuahua. Their fake paws bang gavels, take notes and adjust eyeglasses.

Oliver’s “real-animals, fake-paws Supreme Court” not only chastises the camera ban, but it proves once again how nothing grabs our collective attention like an adorable pet — or nine.