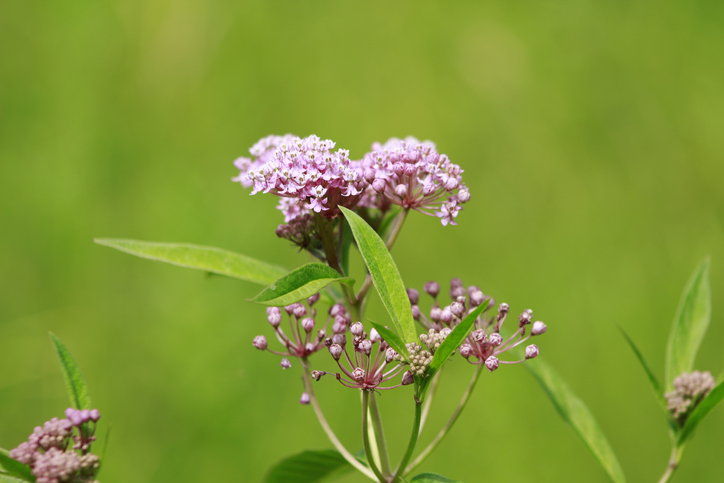 Most pet parents know usual suspects that can make our pets sick: xylitol, grapes and raisins, chocolate… but did you know about the many plants that can affect your furry friends? One pet parent, Dana, reached out to help us warn others about the dangers of a common backyard plant: milkweed and how it affected her pup, Buddy.

“We all love our pets and want the best for them. When something is not right you know instinctively. The day of the ingested toxin hit the bullseye,” begins Dana. “Every day when I arrive home, I’m greeted by an exuberant dog jumping and dashing to show me one of his babies…squeak toys! He shows off his strength by squeaking his chosen toy as loud and fast as possible and shaking it to and from. When I praise him, he races into my bedroom for more play and show off while I change from work. It’s the same routine each day, no exception, except this one day.”

“I opened the door and Buddy was there to greet me but he was standing still, barely wagging his tail. He didn’t look guilty but he looked like something wrong had happened,” continues Dana. “I picked him up and noticed how dilated his eyes were. His gorgeous greenish-brown eyes were fully dilated black marbles. Poison was my first thought – immediately I lifted his cheeks to look at his gums. White! I pressed on them to see if they pinked up. Nope, white as can be…pale, dingy white. This was not good. His heart was beating so slow and rhythmic. His heart should be rapid since I just arrived and he would be excited to see me. If this was an excited heart rate, I didn’t want to think about what his resting heart rate was!”

Acting Fast to Save Buddy

“I had to remain calm, think clearly, and act fast. My mind raced to someone laced a bone with poison and tossed it into my yard,” says Dana. “Is Buddy bleeding internally? The hunt was on in the backyard where a doggy door gives him access day or night. Nothing was found… except three very large piles of milkweed covered in mucus. Obviously, he ingested this and threw it up. Thinking I might find poisonous bits of bone or meats I only found dark green milkweed leaves chewed but not digested. It had to be the plant. He vomited three times or ate so much he vomited up the contents into these piles.”

The Pet Poison Helpline reports that milkweed is a moderate to severe poisoning in dogs and cats, which means get to the vet as soon as you suspect your pet has ingested the plant, or even butterflies or caterpillars that eat milkweed. Buddy’s symptoms were typical for poisoning, but other signs include:

Getting to the Vet & Treatment

“I called his vet who had already closed, so I googled the hours of our local ER clinic. I googled milkweed and did a quick read as exposed to ingestion in dogs. This was it! Once we arrived at the ER, we went thru the triage process. The vet tech felt his gums responded normally but his eyes were still mostly dilated. He was stable to see the vet; his heart rate was slow but not like it had been.” Dana thought maybe the poison had begun to wear off or work its way out, but they stayed for further evaluation.

“The vet wanted to do labs and X-ray, which I agreed to. Whatever info was needed to make Buddy better is what I was here for! His X-rays showed an irritated empty stomach and his labs showed stress to his liver. I agreed to a phone consult with Poison Control. This turned out to be the single most important treatment. Poison Control said that there are several varieties of milkweed and all can cause GI upset and about half cause cardiogenic and neurotoxic reactions consistent with the onset symptoms in Buddy as well as his current state of health.”

Poison Control then recommended the vet administer charcoal so Buddy would eliminate any undigested poisonous weeds via his bowels versus vomiting, which was now prohibited. “The half-life, or point to carefully watch for adverse symptoms, is 12 hours. Buddy had since begun to twitch and shake mostly at his rear legs and back.”

He was set up with IV fluids as well as blood pressure readings every 15 minutes with pulse rate, and cardiac monitoring for the next 8 hours. “Poison Control was so awesome that they sent a treatment plan over based on Buddy’s breed, weight, age, and initial findings and in the event there should an adverse reaction present to the clinicians, they knew how to counteract the problems,” says Dana.

Buddy did well throughout the night and Dana received the call at 5am that he was stable and the treatment was successful.

How Common is Milkweed Poisoning?

“The vet had never seen milkweed poisoning before, or that it was known to be a poison. He said it was my findings which created that point of reference pinpointing the poison,” says Dana. “Now after having this experience they might be able to help future patients presenting similar symptoms with the possibility of milkweed toxicity. Upon discharge from the ER, I brought him home and quickly cut down the sudden surge of milkweed which blossomed from the massive rains. I am highly allergic to milkweed by contact so it’s never been allowed to grow in my yard… until the rain prevented normal yard management.”

At Healthy Paws, we don’t see too many milkweed poisoning cases, but they do exist! As well as sago palm, oleander, lilies, foxglove, and more, there are some highly toxic plants that pet parents regularly have in their yards and gardens. If your pet likes to munch away on plants, get rid of those that may poison them.

“Now milkweed free, along with other weeds, Buddy has full use of his yard. If I see one popping up, it’s cut down and tossed out! We are all back to playing at the dog park, ocean, Home Depot trips, and just playing outside and lounging around,” says Dana. “Those were scary times. I was comforted also by not having to worry about if I could afford treatment and having to make tough choices I didn’t want to think about. Once my deductible was paid, Healthy Paws came through for us and that is a huge peace of mind. I want everyone to be aware of some of those hidden dangers looming in their homes and yards.” For emergency poisoning, Dana’s dog insurance claims totaled $1,274 and she was reimbursed $595 (90% reimbursement rate; $500 deductible).

If you suspect your pet has ingested a poison, get to the vet and call the Pet Poison Helpline at (855) 764-7661 immediately. A $59 fee will apply, however Healthy Paws accepts these claims as part of your plan.

If you would be caught off guard with high vet bills, consider pet health insurance. By enrolling prior to symptoms or signs of illness, your vet bills can be covered up to 90%. Sign up today by first getting a free quote.