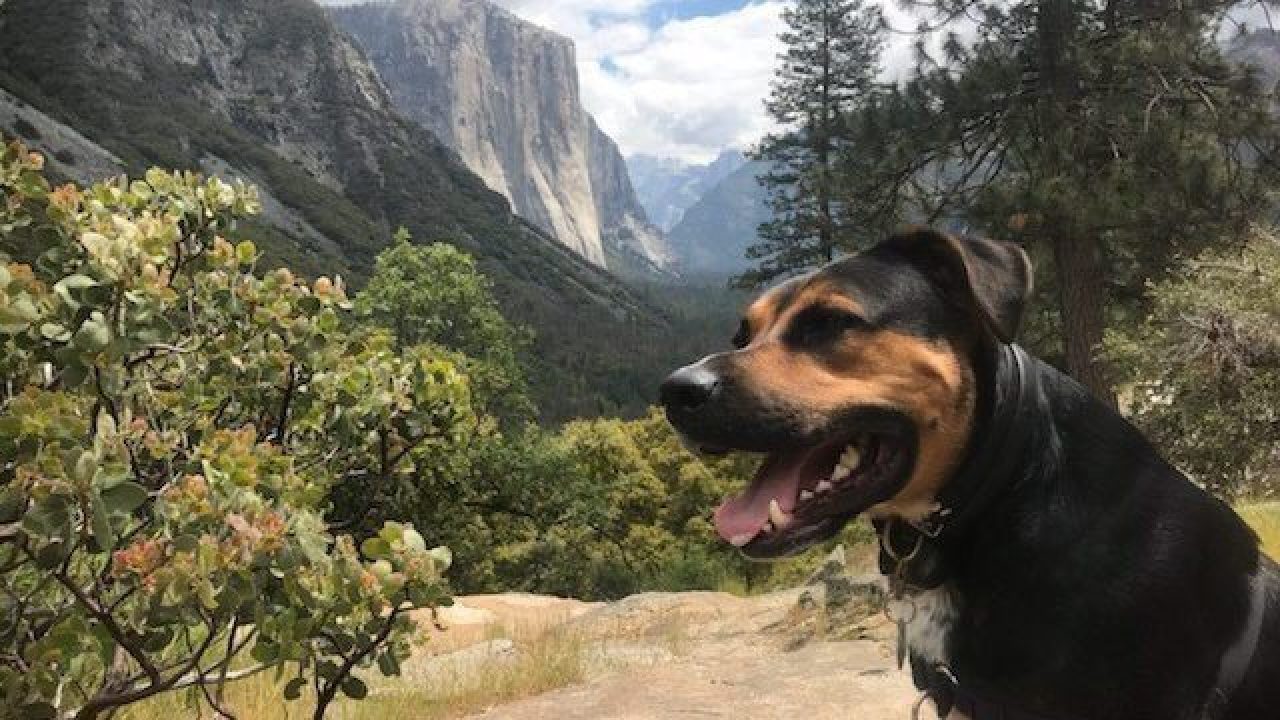 “I felt a connection instantly with him because despite being one of the larger dogs at the SF SPCA (San Francisco Society for the Prevention of Cruelty to Animals) that was up for adoption, he was incredibly anxious,” begins pet parent Casey about her Shephard mix, Phaedrus. “Sitting huddled in the corner of his room not playing with any toys and seemingly unable to sleep. He just sat staring from the corner at the glass window where everyone at their annual adoption event was walking past. As someone who has struggled with anxiety her entire life, I got this dog. I immediately felt a connection and took him home with me.” 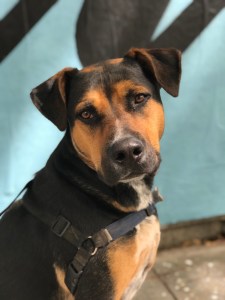 Phaedrus took some time to get out of his shell, but eventually, “he became a happy pup and loves hikes and exploring wide open spaces!” says Casey. “We visit Ft. Funston so he can go to the beach, and he loves to swim at the reservoir in McLaren park in San Francisco.” His favorite activity, however, is playing with his furry friends: “we have a playgroup we visit with every day from 7-8 am where he runs around with his best friend Juju, a Staffordshire terrier. He loves to play chase, or be chased, and then have a bout of tug of war with Juju.”

As with all pups, Phaedrus has had some health hiccups. He’s had a Foreign Body Obstruction (“Phaedrus LOVES food…we knew it was time to go to the ER because he wasn’t eating. Phae ALWAYS eats. So there had to be something wrong.”) and most recently, a bout with pneumonia.

“He was coughing a lot and not very energetic. Phaedrus usually wakes me up right at 6am like clockwork to take him out, but he was sleeping in and feeling lazy,” says Casey. “There was a lot of publicity around dog flu in the area so I was already on alert. Once he [started] acting weirdly, not wanting to play or go out, and coughing, I knew I had to go to the vet.”

Pneumonia is an inflammation or infection of the lungs, either caused by a virus or bacteria. Bacterial pneumonia, such as what Phaedrus had, is characterized by inflamed passageways and an accumulation of fluid which leads to coughing and an overall feeling of tiredness and fever. Pet parents also describe their pups having difficulty breathing, a lack of appetite and dehydration. When listening to the lungs with a stethoscope, vets will notice abnormal wheezing or crackling sounds. 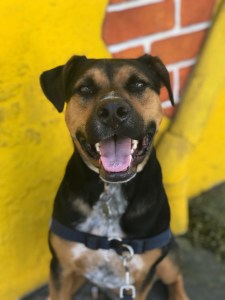 Luckily, bacterial pneumonia can be tackled with proper medication and treatment. There are extreme cases where fatalities are reported, usually from complications such as hypoxemia (low levels of oxygen in the blood) and sepsis (when the infection spreads to the bloodstream), however these are rare.

Phaedrus was brought in and the veterinarians at the SF SPCA hospital quickly ran a disease panel (tests for pneumonia), as well as took x-rays and prescribed antibiotics. “The SF SPCA is the best,” says Casey. “I go to them for everything. They are always really helpful and provide great advice. It’s close to me – and where I got Phaedrus – so records are easy, and they make the documentation process for those who have [pet] insurance really simple. It was quick and they broke down all the costs and options to me in a way that I understood. But most importantly I feel like they put animals first.”

Phaedrus’s pneumonia ended up costing $1,326, of which Casey was reimbursed $1,099 by her Healthy Paws plan. “With Healthy Paws, I feel like I was actually able to just focus on taking care of Phaedrus and helping him get better, since I knew that I was covered in terms of the high cost of treatment thanks to them.”

Bacterial pneumonia is rather common in dogs, especially among sporting dogs, hounds, and larger mixed-breed dogs. By enrolling in pet insurance early, these everyday conditions (with a not-so-everyday price tag) can be covered up to 90%. Check out Healthy Paws dog insurance and then sign up for a free quote.