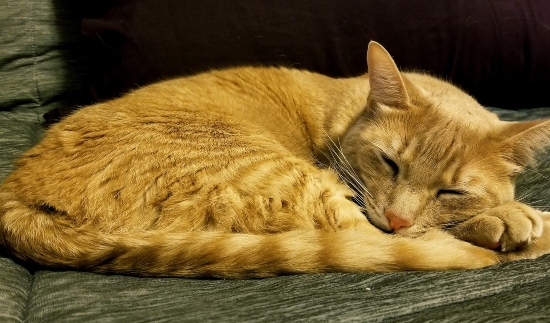 It’s bad enough when you learn your pet has a dangerous health condition and has to be treated by a vet right away. But when things don’t go as planned and your pet slips into a life-threatening situation, that’s when pet parents find themselves in an emotional state where having pet insurance helps them make the best decisions for their pet.

This was the scenario when cat parent Denise was at work one day and her roommate called to tell her that her 3-year-old cat Tybolt was acting strangely – he was going in and out of the litter box and was yowling and hiding.  As soon as she got home, she took him to the emergency vet where they diagnosed a urinary tract blockage (UTB), a common but potentially serious and life-threatening condition for cats.

The vet told her that as long as they UTBs are caught in time there is usually a good success rate in treating them. 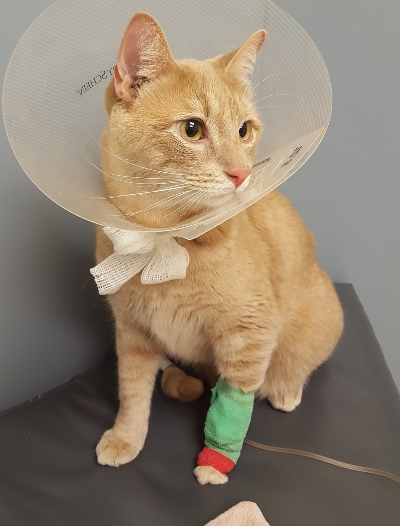 Tybolt responded well to the initial treatment, and Denise felt comfortable enough to leave him at the ER to recover. Shortly after she left, the vet called and told her he had taken a turn for the worse. He had suddenly gone into anaphylactic shock — she still does not know why.

“She told me he would be humanely euthanized if he did not respond to treatment by the end of the night. They kept him alive under a medically induced coma. No one at the ER thought he was going to make it,” she recalls.

Confused and in tears, Denise rushed back to the ER.

“The only thing on my mind was how much I didn’t want to lose my baby boy. I was scared, confused and grief stricken,” she said.

Knowing she had Healthy Paws Pet Insurance, Denise was determined to make sure she did everything she could to make sure he had the best treatment options.

The vet gave Tybolt an emergency tracheotomy in an effort to save his life. When the staff brought him out of the anesthesia — against all odds — he was breathing on his own. He made a full recovery.

Today, a year and a half later, Tybolt still eats a prescription diet but other than that, you would never know he was ever sick, Denise said. He is food-motivated, loves to cuddle with her other cat, chases the dog, naps and stares at birds out the window.

“He is just a really happy boy!! All his vet visits have been normal since,” she said. “I really believe Healthy Paws saved his life.”