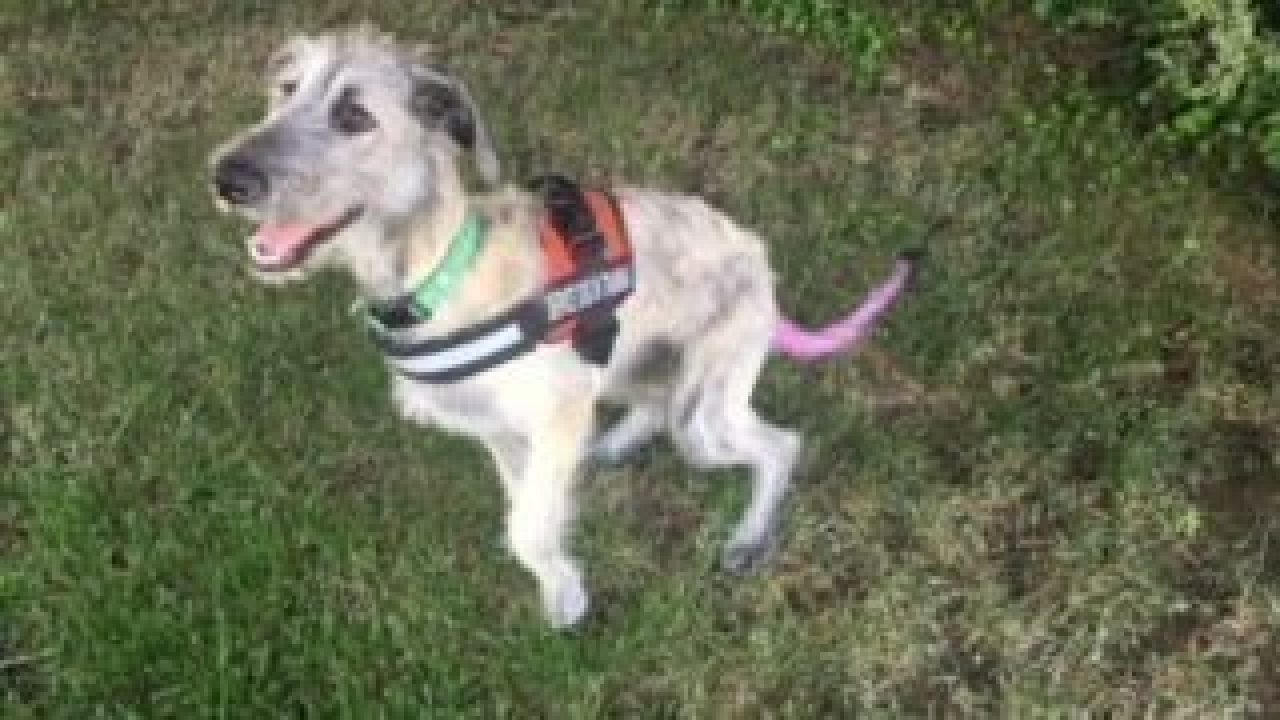 Just like in humans, a UTI (urinary tract infection) is caused by bacteria in the lower urinary tract, or urethra. UTIs can become serious, traveling to and infecting other organs, like the kidneys, and can be chronic. While a quick round of antibiotics can clear up a standard infection, sometimes these conditions worsen quickly, beyond our control.

Pet parent McKenzie recognized the symptoms of a UTI gone haywire with her 7-month-old Irish Wolfhound, Reign. She’d suffered from chronic vaginitis and low-grade UTIs throughout the past year, and McKenzie had been growing more concerned. As a service dog in training, and a treasured member of the family, Reign had a lot of responsibility every day so her health was a priority. “I’ve never met a dog that loves people more than she does – she is definitely a gentle giant!”

When Reign couldn’t urinate, McKenzie took her to the ER: “She had an emergency appointment for inability to urinate, but it turned into a massive UTI and a diagnosis of a recessed vulva,” explains McKenzie. Reign was put on a dose of antibiotics and they scheduled a reparative surgery for her. “After she finished the antibiotics, she went in for surgery – she already seems to be doing so much better!”

Symptoms of a UTI

The first sign that your pet could have a urinary tract infection is frequent urination (in adult dogs, this is typically classified as more than four times a day), or even accidents in the house (urinary incontinence).

Giving your veterinarian a complete history of your pet’s symptoms is the first step to diagnosing the condition. A physical exam, plus a urinalysis, and a blood count, will be performed. These tests can determine if there is bacteria and/or crystals in the urine, and antibiotics will be prescribed.

If there are advanced symptoms or signs of obstruction, your vet may want an x-ray or ultrasound to be performed to rule out the presence of stones (minerals accumulated in the urethra) or lesions. Obstruction may lead to laser therapy and even surgery.

Urinary tract infections are a very common occurrence in dogs and are easily treatable if diagnosed early. However, they can be unavoidable: like Reign, some pups have genetic predispositions to UTIs if their urinary tract or genitals have not developed properly. Also, daily life simply gets in the way; dogs get into all kinds of mischief on walks and playing, so bacteria such as E. coli, Staphylococcus, and Proteus (the common culprits that cause UTIs) can sneak in. Remember to bathe your dog every month to wash away excess bacteria.

Some preventable sources include dehydration and not having regular bathroom breaks. Since urinating flushes out unwanted toxins from the urinary tract and bladder, a dehydrated pet will “go” less often. Additionally, if your dog is forced to “hold it” or is not let out enough, there is also a greater chance of bacterial infection. So, keep plenty of fresh water out, and let your dog out two to four times every day.

Pet health insurance covers illnesses such urinary tract infections and related complications. “Having pet insurance for her has been such a relief, especially with her being a service dog in training,” says McKenzie. “I haven’t had to worry about any major medical issues with her (and there have been quite a few with her ongoing infections!). The peace of mind is invaluable!” Healthy Paws has covered $3,177 of Reign’s claims, reimbursing McKenzie $2,291 (Based on an 80% reimbursement rate/$250 deductible).