Veterinary Blood Bank 101: What They Are & Why Dogs Donate 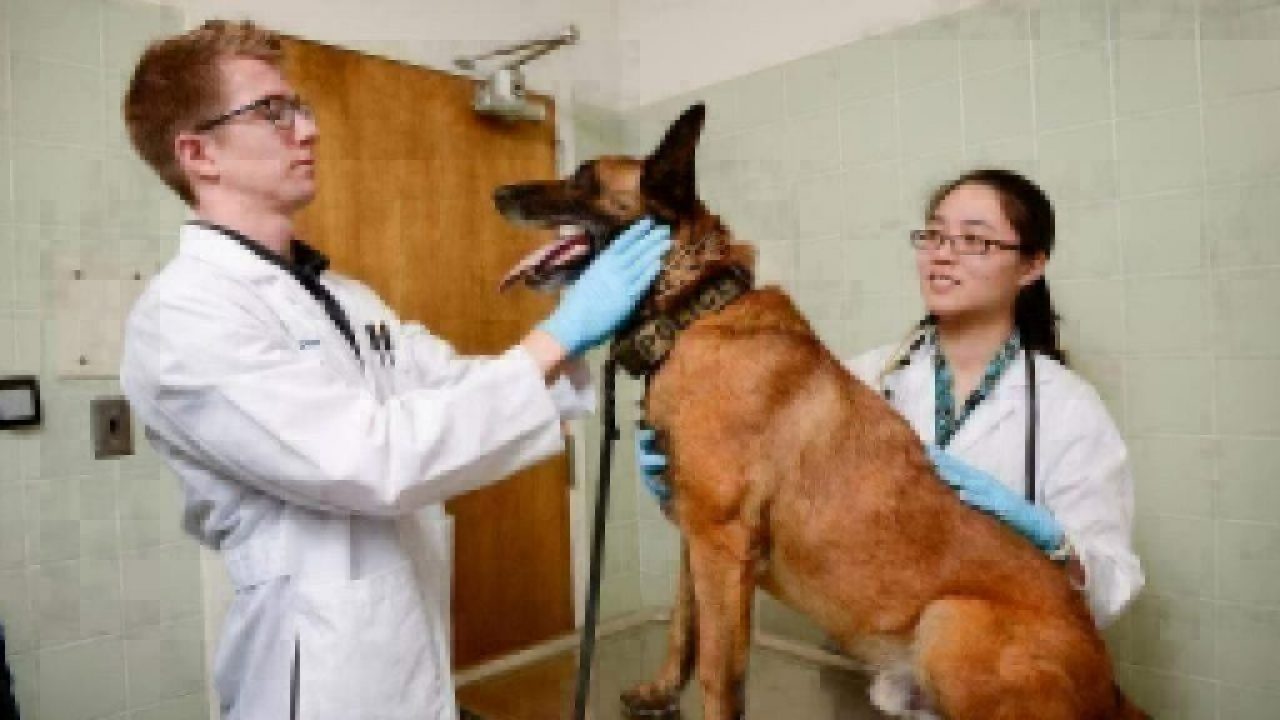 Just as humans donate blood to save the lives of others, dogs donate blood to save the lives of other pups that are suffering from chronic diseases or traumas. Curious about how veterinary blood banks operate and why people would have their pets donate blood? Dr. Sean Owens, medical director for University of California Davis’ veterinary blood bank, which has the largest dog donor program west of the Mississippi, recently shared with us the process for blood donation and the beneficial aspects of having a dog donate blood.

Why would a dog owner want to have his pet donate blood?

When we opened up the program, we weren’t sure why they would want to either. Over time, we realized that the unique bond that people have with their own animals extends their kindness to other animals as well. It’s a way for people to get involved with our teaching hospital and veterinary program, where they’re here on their own accord and it’s not a life-threatening position. Most people find out about us by word of mouth.

How do you vet a dog before he donates blood?

If you have a dog that you want to be a part of our program, he must weigh over 55 pounds and be less than 8 years of age, and you schedule an initial screening appointment during which we ascertain whether or not your dog is of the temperament that it wants to participate. We don’t force any animals to do anything they don’t want to do, and our technicians spoil the animals rotten with treats and love, so most of the animals drag their owners down the hall to give blood. Some animals just don’t like the process and they never get past the initial screening because they don’t like it.

During initial screening, we take the dog’s blood, make sure his organs are functioning normally and do a complete blood count. We screen him for all infectious diseases that can be transferred through blood and also blood type them. If they’re accepted into the program for disposition and health reasons, we give them flea and tick control for the year as well. Overall it winds up being $600 to $700 in veterinary services as they get a physical exam every time they come in, so we keep them healthy.

It’s time to donate. What does the process involve?

We like dogs not to have eaten before they come in because if you ate a pint of ice cream and I took your blood, the fat from the ice cream shows up in blood and makes a foamy layer on top of the blood. When the dogs go home, we tell owners to give their dog access to food and water. That’s why we have a 55 pound lower limit because that’s the size that we can comfortably take a unit of blood without having any ill effect on them. Just like the Red Cross gives you cookies and orange juice, we put out a bowl of water for the dog and give them cookies and treats. After they give blood, the dogs might feel like something happened and they don’t know what, but there’s no ill effect.

When we take the dog’s blood, we hold the dog’s head up and just talk to the him for the three to five minutes that it takes. We take blood from the jugular vein in the neck, and after the blood flows into the bag, we put a little bandage on his neck and give him treats.

Tell me more about the process for dogs that receive transfusions.

If you’ve ever given blood yourself, it’s the same thing for dogs, cats and horses. We figure out the donor and recipient’s blood type, and after taking the donor’s blood, we mix the two bloods together to make sure they’re compatible, so it doesn’t clump together and one blood doesn’t try to attack the other blood.

The blood complexity varies. Cats are the simplest in terms of blood groups. They have three blood groups: A, B and AB. Horses and cows are more complex. If you take permutations of their blood groups, you’d have over 400,000 individual variations. They’re similar in complexity to people.

During the transfusion, we monitor the patient to receive blood because he can have a reaction. About six to eight percent of dogs will have some degree of transfusion reaction, which is about the same for people, and they’re usually mild, self-limiting reactions that are often associated with a fever. Those are reactions to proteins in the blood or white blood cells, and they are non life-threatening. Once we identify the reaction, we can usually keep giving the transfusion. Fortunately we have few reactions that are life-threatening.

There’s such a shortage of blood in the United States, and every unit that a dog gives is transfused into a patient. Most of the dogs or cats that receive blood would have died had they not received the blood. The people that participate in our program, they recognize that every time they bring their dog in, they save a dog’s life.