What Are Dog Dewclaws? 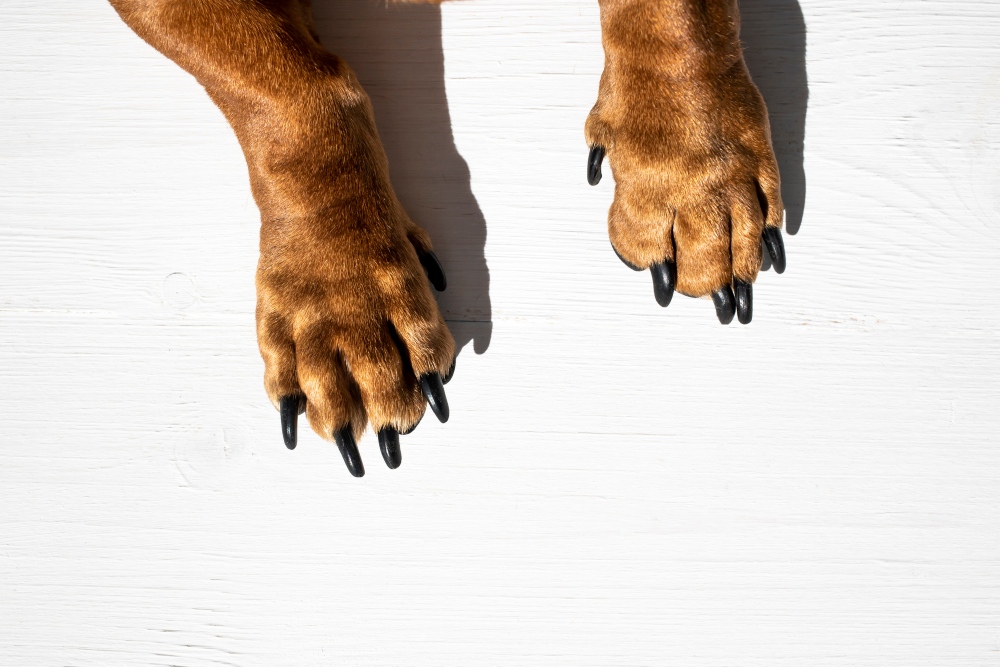 When you look at a dog or cat’s paws from the front, you might notice a claw on the inside edge of the paw that sits up a bit higher than the others. This claw may be a bit smaller than your pet’s other claws, and it doesn’t typically reach the ground when your pet is standing.

This small, elevated claw is called a dewclaw.

The structure of a dog or cat paw is similar to a human hand, and a dewclaw is the canine or feline equivalent of a human thumbnail. The dewclaw and its associated first digit look different from the other toes because the first digit (or thumb) is shorter than the other digits and not used for weight bearing. In fact, some dogs completely lack dewclaws, especially on their rear paws.

Are Dewclaws Normal in Dogs?

Most dogs are born with dewclaws on their front feet. These front dewclaws contain the same bony structures as the human thumb, and they play an important role in stability when a dog is running, making a high-speed turn, or climbing. Front dewclaws also help a dog hold chew toys or other objects between their front paws.

Rear dewclaws, however, are less common in dogs. Some breeds, such as the Pyrenees and Saint Bernard, almost always have rear dewclaws. In other breeds, rear dewclaws are uncommon. When rear dewclaws are present, they may lack the bony attachment seen in front dewclaws and be attached only by a flap of skin or a small tendon.

Dewclaws, especially when connected only by a small flap of skin, may be more prone to injury than other digits. Additionally, because these claws do not reach the ground, they often grow more quickly than your dog’s other claws and are more likely to become overgrown or ingrown. For this reason, some breeders and pet owners prefer to have a dog’s dewclaws surgically removed.

Breeders may have dewclaws removed by a veterinarian at a very early age. If your purebred dog does not have front dewclaws, they were likely surgically removed. Dewclaw removal is typically performed in the first few days of life.

If your older puppy or adult dog has dewclaws, you may wonder whether you should have them removed. There’s no single right or wrong answer to this question, and the best answer depends upon your unique situation.

Detached dewclaws (dewclaws without a bony attachment) may be especially prone to injury, especially in a dog that is running through heavy brush or undergrowth. Additionally, these detached dewclaws can usually be removed relatively easily. Your dog will need to go under anesthesia for the procedure, but this can easily be combined with spay/neuter surgery or another anesthetic episode. Therefore, it’s not unreasonable to consider removing your dog’s detached dewclaws, especially if your dog is likely to have a very active lifestyle. Removal of a detached dewclaw certainly isn’t necessary, but it may reduce the risk of future injury.

In the case of dewclaws with a bony attachment, however, surgical removal comes with a greater risk of side effects. This surgery is comparable to amputating a person’s thumb, meaning that it’s an aggressive surgery with limited benefits. This procedure is more painful than the removal of a detached dewclaw, and it is accompanied by a greater risk of post-surgical complications. For this reason, most veterinarians recommend against removing attached dewclaws.

If you have questions about dewclaw removal, talk to your veterinarian. They can help you evaluate your pet’s specific risk factors and the potential benefits of dewclaw removal.

Do Cats Have Dewclaws?

Cats typically have dewclaws on all four paws. They use their dewclaws extensively, especially when climbing.

A cat’s dewclaws should never be removed because they play an important role in their ability to engage in normal feline activities.

Caring for Your Pet’s Dewclaws

While all pets should receive regular nail trims approximately once monthly, it’s a good idea to check your pet’s dewclaws a bit more frequently. Overgrown dewclaws are at a higher risk of snagging on grass, carpet, or a rug. They can also become so overgrown that they curl and grow into your pet’s skin. By regularly checking and trimming your pet’s dewclaws, you can prevent problems associated with dewclaw overgrowth.

Ingrown dewclaws and torn dewclaws can serve as a significant source of discomfort for affected pets. Common signs of these conditions include limping, licking at the affected paw, and visible saliva staining.

An ingrown dewclaw is easy to identify if your pet will allow you to examine the area. Your pet’s nail will be grown into a spiral shape, with the point embedded in your pet’s skin or paw pad. If your pet has an ingrown dewclaw, it’s time to seek veterinary attention. Your veterinarian will trim the affected claw and remove any remaining fragments from your pet’s skin. In most cases, your veterinarian will also prescribe pain medication and antibiotics.

A torn dewclaw can occur if your pet’s toenail becomes caught on something, such as plants, carpet, or bedding. The claw may be broken along its length, or the entire claw may detach from the nail bed. A torn toenail often causes bleeding during its early stages, but this bleeding may resolve relatively quickly. Even if it’s not bleeding, however, a torn toenail is painful and requires veterinary care. Your veterinarian will trim the nail (to minimize discomfort) and prescribe pain medication and antibiotics. They may also apply a bandage to your dog’s paw and/or recommend an e-collar (cone) to prevent your dog from licking the paw and causing further inflammation.

Dewclaws serve important functions, especially in cats and on the front paws of dogs. However, detached rear canine dewclaws can be prone to injury, which leads some owners to consider dewclaw removal. If you’re considering canine dewclaw removal, talk to your veterinarian about the anticipated risks and benefits associated with this procedure. By working together with your veterinarian, you can make the best decision for your dog’s overall health. 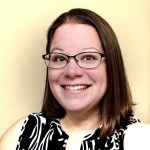 Cathy Barnette, DVM (Doctor of Veterinary Medicine), is a veterinarian and freelance writer based in Punta Gorda, FL. She graduated from the University of Florida College of Veterinary Medicine, then headed to North Carolina, where she spent fifteen years working in small animal general practice. Cathy recently returned to her home state of Florida and now dedicates her working hours to creating educational content for pet owners and veterinary team members for Healthy Paws Pet Insurance LLC & the Healthy Paws Foundation. Cathy is passionate about making complex medical information accessible to pet owners, allowing them to partner with their veterinarians to make informed decisions about their pets' health. Cathy is a member of both the American Veterinary Medical Association and the American Medical Writers Association. In addition to her human family members, she shares her home with one dog, two cats, and a dove. Cathy Barnette on LinkedIn