Blog / Community / What is a Feral Cat?
Community

What is a Feral Cat? 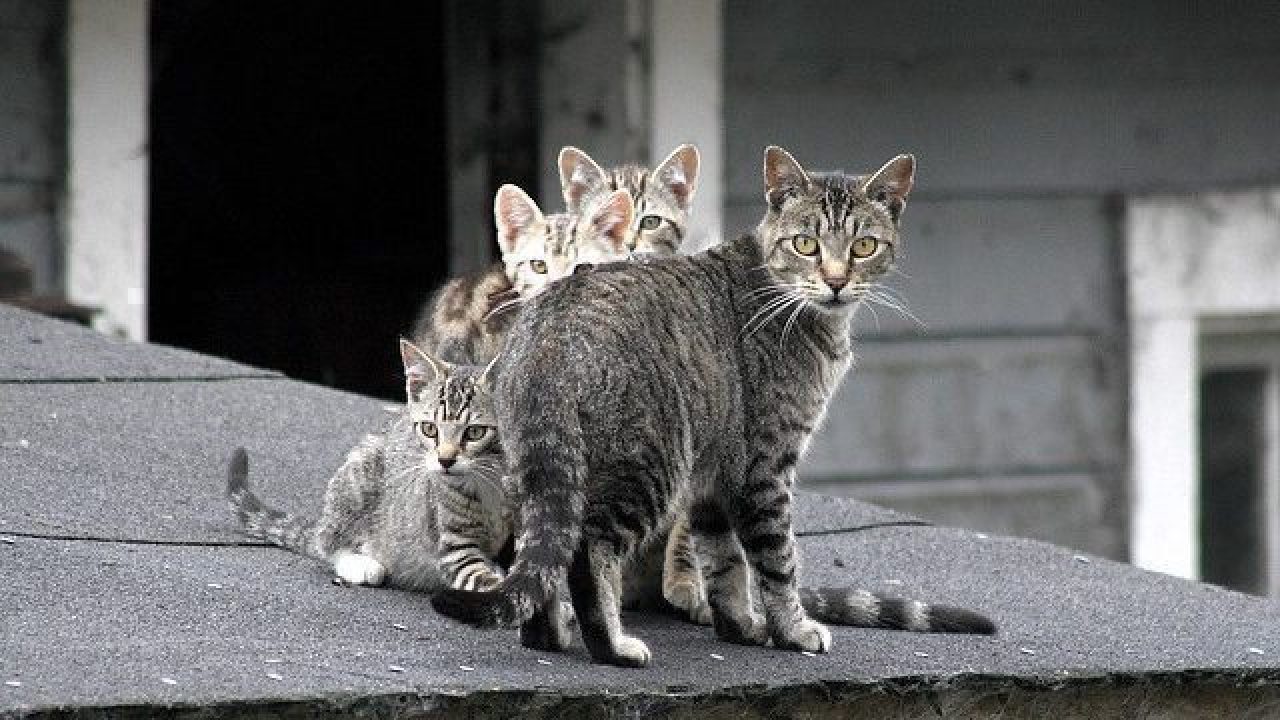 A feral cat is just another type of domestic feline, differing from household pets in how it interacts with humans. Socialization is what separates feral cats from domestic – they don’t have any social skills. Regular, positive interactions with other humans is key to raising a well-behaved kitten; feral cats typically live outdoors, too scared or wary to approach people. Feral cat shelters and advocates take a variety of approaches to their management and care, but efforts are most effective when they involve the whole community. Learn about feral cat behavior and how you can help.

How does a cat become “feral”?

“A ‘feral’ cat is a cat who has reverted in some degree to a wild state,” says Neighborhood Cats, the self-proclaimed “feral cat experts.” Felines born in the wild never learn all-important social skills, differentiating them from more polite stray or outdoor cats. Abandoned cats may also turn feral if left to their own devices long enough. Little human contact means feral cats are essentially wild animals; in some areas they’re so prolific as to be deemed pests.

If rescued as kittens, social skills may be taught through regular TLC. “Another factor is what generation feral is the cat,” Neighborhood Cats advises. “A kitten born outdoors to a mother who was herself formerly domestic is likely to socialize easier than one born to a mother who is seventh generation feral.” An adult feral cat is extremely hard to socialize, leading most shelter groups to focus on population control and maintaining health rather than rehoming or adopting the felines.

How is a feral cat different from a stray?

Lack of socialization distinguishes a feral cat from a stray one. Household pets who wander away or are abandoned still retain their sociable attitude, often approaching friendly humans or even making themselves right at home with a new, bewildered family. Most stray cats have “strayed” from their original home and would prefer a new one over life on the streets. A forever home isn’t far away for most rescue cats, although some may require medical care or extra socialization prior to placement.

Feral cats may have bonds with other cats in their colony, but humans are typically avoided and regarded with fear. If approached, a feral feline may hiss or – more likely – run away faster than you can say, “Here, kitty kitty.” During your first contact with an abandoned cat, it can be difficult to tell a feral from a stray, as both exhibit similar behavior under stress. Another sign a feline is feral may be discerned from the animal’s ears – an altered feral cat’s right ear is typically cut in a process called “eartipping.”

Where do feral cats live?

Recent estimates put the U.S. feral cat population at 70 million – close to the number of domestic cats, 74 million. In the United States, any place with dry, warm shelter and a food supply most likely houses at least one feral or stray cat. Alleyways are notorious for harboring felines, the combination of refuge and refuse kitty heaven. Garages, sheds, porches, abandoned buildings, greenbelts, and even parking lots across the country are all home to feral cats.

Feral cat colonies are permanent groups of felines who frequent a particular area. Some are multigenerational, the result of unaltered cats breeding year in, year out. The Feral Cat Project has documented that one female cat produces six kittens on average every year, with an infant mortality rate of 75 percent. Communities and neighborhoods often deem feral cat colonies a nuisance due to their excrement and spraying, fights with household pets, and burgeoning numbers.

Do feral cats need our help?

The most important step in helping the feral cat population is “Trap, Neuter, Release” or TNR. Most feral cat shelters employ this strategy, using humane traps to catch cats to spay/neuter. After a brief recovery period, the newly neutered (and vaccinated!) kitty is returned to his home. There are numerous health benefits to altering pets, so surgery adds years to cats’ lives; vaccinations also prevent the spread of diseases like FeLV and FIV among both the wild population and household pets.

An outdoor cat’s average lifespan is one to five years, while indoor cats often live over 15 years. Living outdoors poses a different set of risks, including infectious diseases from other animals, car accidents, parasites, exposure to harsh weather and malnutrition.

How can I help a feral cat?

If you notice a cat wandering around your yard or neighborhood, try putting out some food. Try and catch the cat in the act, slowly and speaking in a soft, friendly voice. A feral cat is typically nocturnal and will avoid eye contact, probably sprinting away at your approach. Friendly feline body language – meowing, upraised tail, rubbing against legs – is a good indicator the animal is a stray, formerly someone’s pet. Depending on your intentions, you can either capture the cat in a carrier for a local shelter or bring her inside for a warm flea bath. Always quarantine unknown animals from existing pets until the a full check can be done for fleas, parasites and contagious diseases like bordetella.

In winter, place a feral cat house outdoors to provide shelter for felines. There are plenty of DIY tutorials on Pinterest, simple constructions using a plastic tub or other insulated, waterproof shelter. If you’re not the handy type, advocacy group Alley Cat Allies has  compiled a list of pre-made feral cat shelters available for purchase.