What is Pythiosis? Sammy’s Story 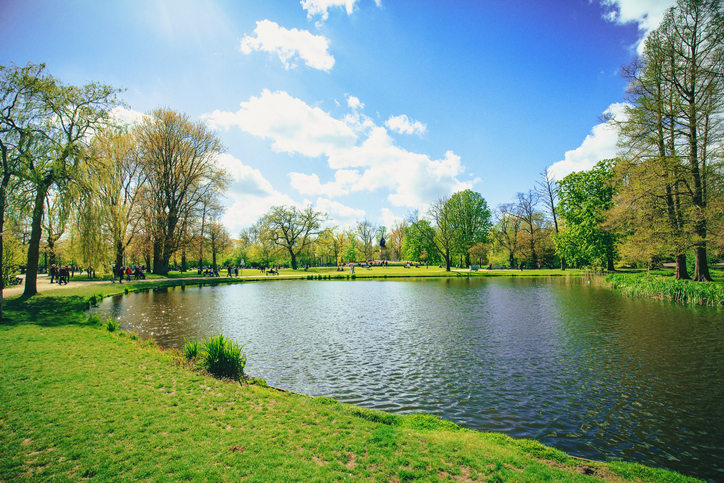 An unknown and unusual culprit of disease in animals (cats and dogs included among others), Pythiosis is a systemic and deadly infection caused by a fungus-like organism called Pythium insidiosum. It can be found in wet areas like swamps or in standing water such as ponds, and dogs can become infected when they jump, hunt, or play in infested waters. There are high risks after hurricanes or floods, as well.

Carriage Hills Animal Hospital in Montgomery, AL, says: “It can manifest as a skin (cutaneous) disease or a gastrointestinal disease, and for some unlucky dogs, as both. Skin infections typically occur through an open wound, while the gastrointestinal form is thought to happen when infested water is consumed.” If it is a gastrointestinal infection, the GI tract will thicken. Eventually, an abdominal mass or intestinal obstruction will develop. For skin infections, lesions then start popping up by the tail, on the face, and other areas.

Pythium is hard to diagnose and not common nationally, so a specialized laboratory may be needed to test a culture or biopsy. Pet parent Cara knows all too well how unusual and life-threatening the disease is, as her pup Sammy was diagnosed and sadly, did not make it. We want to raise awareness about this disease and reached out to her. Here is their story, written by Cara herself. 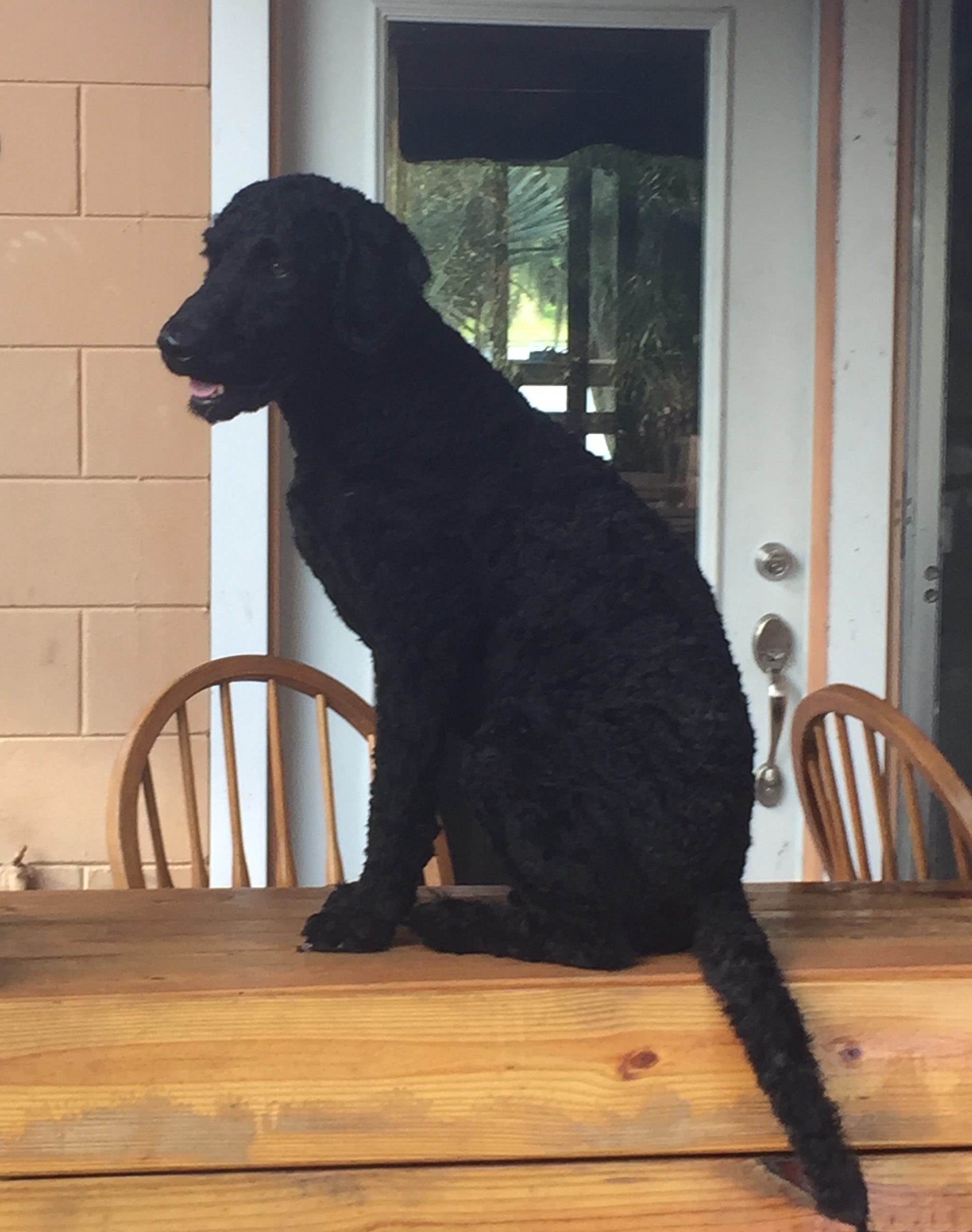 Sir Sammy Sabol was the fulfillment of my deep desire to own a companion dog.  My sister-in-law is an established, reputable breeder of gorgeous purebred Standard Poodles and Golden Doodles.  I desperately wanted a smaller black Doodle who would return my love forever; however, my living situation could not accommodate a dog.

In February 2017, my lifestyle changed, and I acquired Sammy, a beautiful, blue Golden Doodle.  Under his shimmering black poodle coat, his skin was a deep blue; within months, small flecks of silver appeared which accented the soft darkness of his curls. I realized that even with a shaved coat, Sammy would suffer during the sweltering summer days of South Florida, but there is a lake bordering the backyard of our home. Sammy could plunge into the water whenever he needed.  And plunge he did.

Sammy’s favorite toy was a yellow tennis ball, not just one, but any yellow tennis ball. He lived for the moments when we raised a racket and launched his ball way-out into the lake. In that same split second, Sammy lunged from the bank, landed stroking hard and swam heartily to retrieve his ball.  He would dash from the water, shaking drops high into the air around him and drop the ball at our feet, eagerly ready to do it all over again (for hours if either of us had the time).

In early summer of 2018, Sammy began having chronic ear and eye infections.  Our vet advised me to keep him out of the pond.  That was an impossible directive; Sammy retrieved his ball, chased ducks and herons, fished in the shallows and often sat meditatively in his lake to survey the world he loved. I religiously cleaned and disinfected his eyes and ears and showered him off multiple times daily. He became fussy with his food. I did not take much notice, because I knew of other dogs in his bloodline who were finicky eaters. I kept him off grains and baited him with tasty chicken or lamb tidbits. 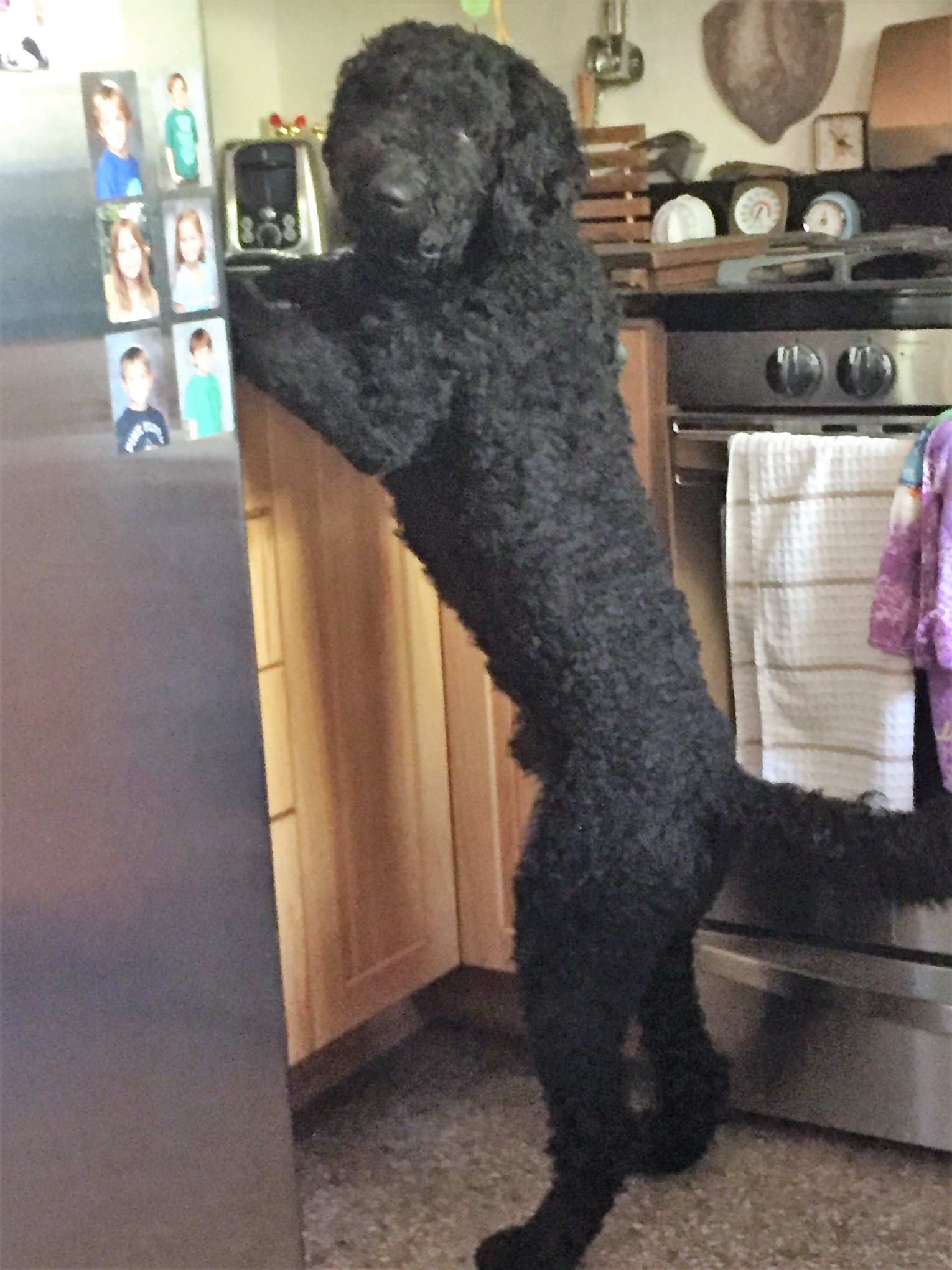 In August 2018, Sammy began to have unusually loose stools. I consulted his vet, and we passed it off as something he must have eaten. The vet gave me anti-diarrheal medication and I gave Sammy pumpkin and rice in his food. Then, one day in September 2018, he vomited the previous day’s food and went to the bathroom on the living room floor, leaving a trail. I knew he was in trouble.

We raced him to the vet who took an x-ray and confirmed an obstruction in his small intestine.  Although we had never witnessed him eating anything foreign, we assumed Sammy had swallowed a toy, a bone or a stick in the yard. We arranged for emergency surgery at an animal clinic in Melbourne, Florida.

The surgeon did not find a toy, a bone or a stick.  He did find a ganglion of Pythiosis and removed a portion of Sammy’s small intestine including his ileocecal valve.  We were told Sammy may not be able to control his bowels, but that he could recover.

Six weeks after surgery, Sammy had dropped seven of his normal forty-seven pounds.  Although his physical endurance waned, he never lost his loving disposition and insisted on retrieving his yellow tennis ball in the yard. We did forbid the pond but allowed him to frolic under the water-hose. 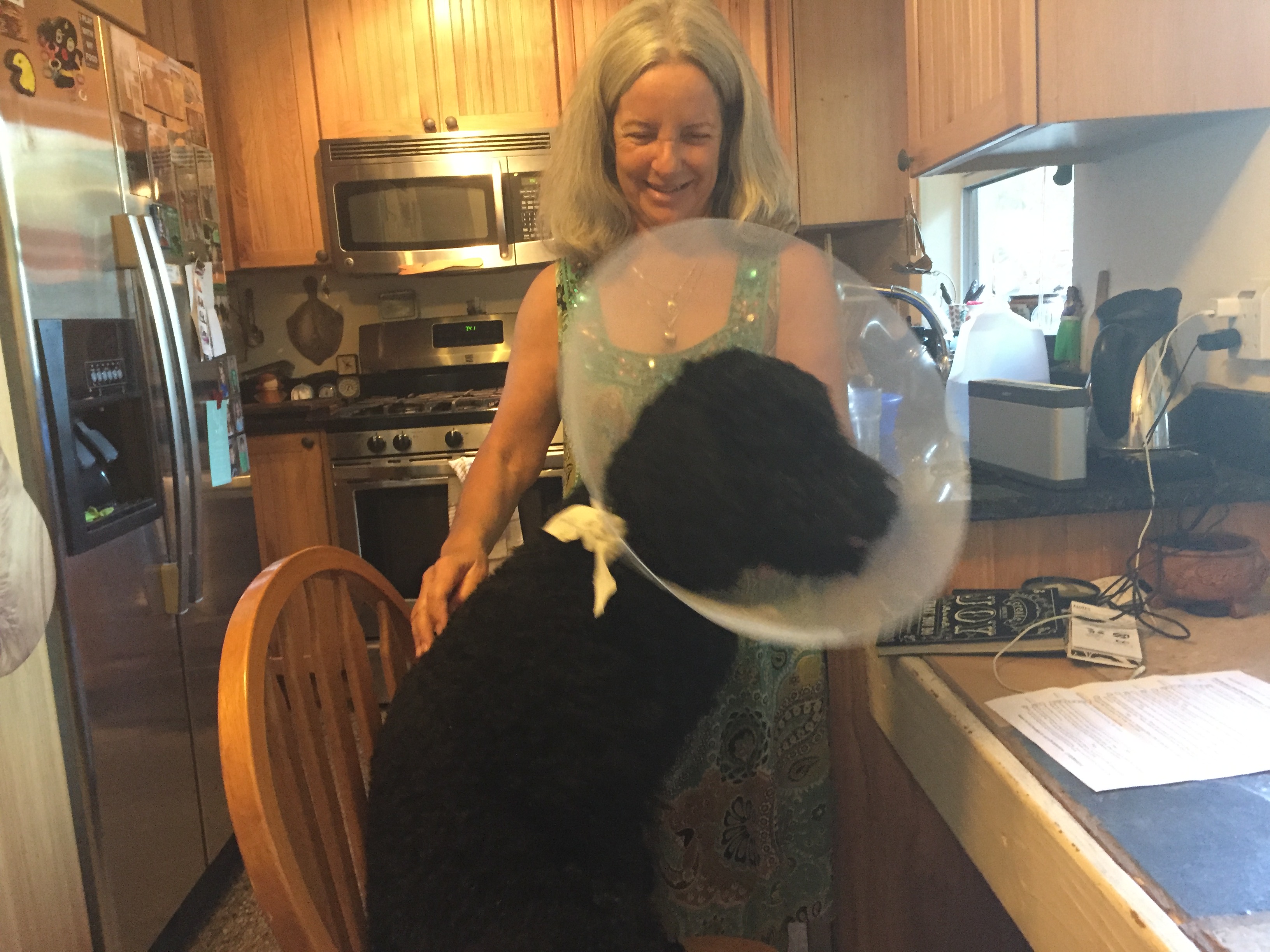 Despite all medicinal efforts, including a charcoal-based potion and a full round of anti-Pythium injections, episodes of acute diarrhea did not subside but increased until Sammy could barely make it through his doggie door.

Then, October was a trying month of vomiting and increasingly bloody diarrhea. Sammy lost the luster in his eyes, the bounce in his walk and the energy to play.  He spent days lying on the cool terrazzo floor with his beloved yellow tennis ball close to his nose. On November 2, we knew it was time to let our sweet Sammy go. The drive from hell ended with Sammy on my lap in our truck as the vet put him into his last sleep.  We buried him with his yellow tennis ball.

Once again, I am in tears as I miss him.

Pythiosis is a fungal spore that attaches itself to the roots of plants in swampy grasses.  It can affect horses, cats, dogs and humans.  It is contracted through an opening in the skin that may be as small as an ant bite causing a spreading sore that does not heal. It can be ingested (rarely in humans) and plant itself inside the digestive tract of an animal.

Pythium, also known as swamp cancer, is a result of environmental pollution and is not restricted to ponds, but is found in wet grasses of golf courses, parks and yards. Sammy ingested it by retrieving a ball from the grassy bank and swimming in infected water.

Pythiosis is only diagnosed through its particular lab test. Early detection increases the rate of survival. Unfortunately, it is rarely diagnosed in its early stages because it resembles common canine maladies such as loose stool, ear and eye infections or leg sores.

There is very little documented research on Pythiosis and no sure cure.  The treatments available to us were surgery, a black charcoal potion (a detoxifier) and the anti-Pythium injections. I know of no dog who has survived.

We must thank Healthy Paws for honoring all our insurance claims for Sammy.  My hope and prayer is that our and your investment in Sir Sammy Sabol leads to a cure for this vicious environmental disease Pythiosis.

If you’re interested in finding out more about pet health insurance and having vet bills covered so you can say “yes” to treatment, look into getting a free quote.