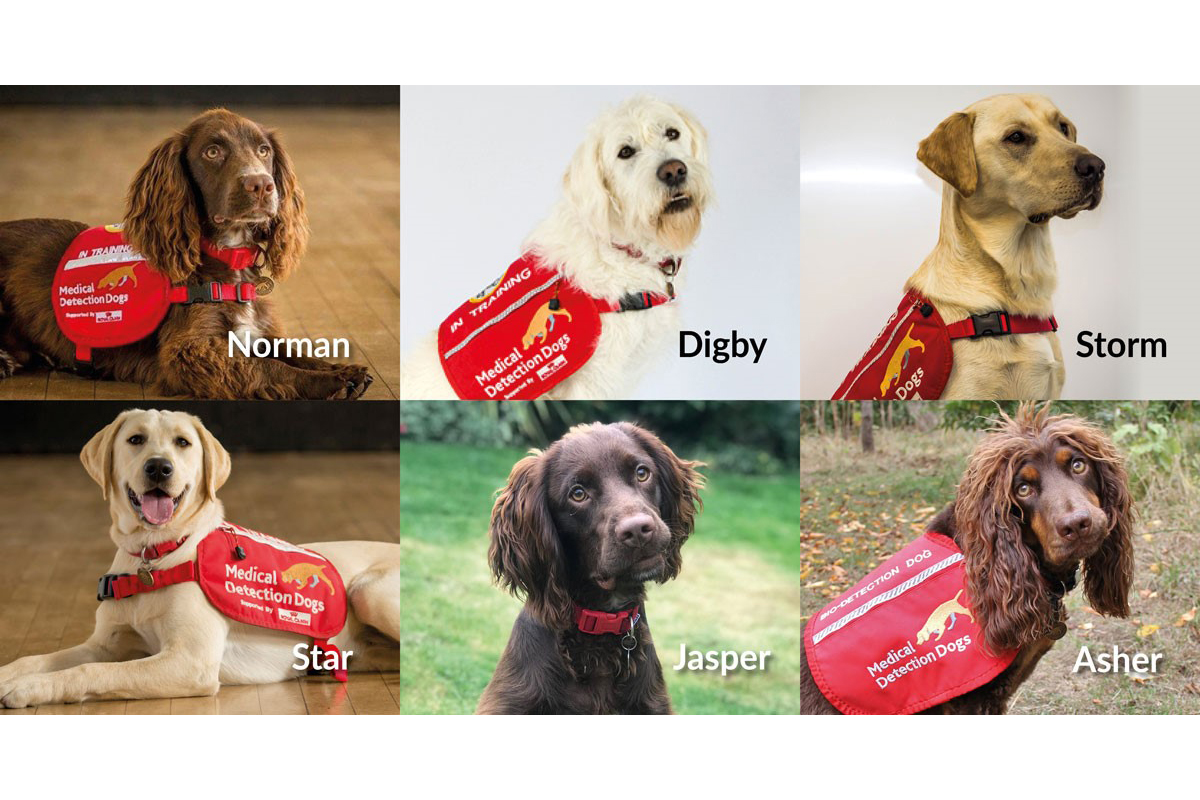 Infectious disease experts keep telling us that the key to controlling the coronavirus outbreak and re-opening society is ample testing for the COVID-19 virus and its antibodies. Of all the competing efforts to come up with an accurate test, one is paws down the most adorable.

Some talented dogs and their powerful noses are at the heart of two research projects – one in the U.K. and one in Pennsylvania – that are testing the idea that dogs could be trained to detect an odor associated with COVID-19 just by sniffing a person. It turns out that the same highly tuned sense of smell that allows your dog to find a peanut in the bottom of a stuffed backpack is also capable of sniffing out a virus in less than a second.

If it works out, researchers envision training an army of hounds to be used to screen people in airports, businesses, or hospitals. This quick, non-invasive method “could revolutionize our response to COVID-19,” said one researcher. The current COVID-19 tests, which are in short supply, require at least a nasal swab or a blood test. A single dog could screen 250 people in an hour, and those that have the coronavirus scent could be tested.

“In principle, we’re sure that dogs could detect COVID-19. We are now looking into how we can safely catch the odor of the virus from patients and present it to the dogs. The aim is that dogs will be able to screen anyone, including those who are asymptomatic, and tell us whether they need to be tested,” said Dr. Claire Guest, CEO of Medical Detection Dogs.

The idea that a dog’s olfactory skills can be useful to people is nothing new, of course. Dogs have been deployed for decades to sniff out drugs, explosives, and contraband food items or find lost people and pets. More recently, some have been trained to detect malaria, cancers, and even bacteria that were destroying Florida’s citrus groves.

Research has found viruses have specific odors, and while the pups may not know what the scent is, they can learn that it smells differently than other fragrances. Dogs are also able to detect subtle changes in temperature of the skin, so they could potentially tell if someone has a fever, researchers said.

The London school, which is training a mix of six super sniffing Labrador retrievers and cocker spaniels, is collecting samples of breath and sweat from people with a diagnosis of COVID-19 and will then work with Medical Detection Dogs to train the canines. The initial goal is to deploy the six dogs, some of which were previously in shelters, to airports in the U.K., James Logan, head of the school’s disease control department, told the Washington Post.

Medical Detection Dogs says on their website that dogs searching for COVID-19 would be trained in the same way as dogs that have already been taught to detect other diseases such as cancer and Parkinson’s Disease.

The furry friends are first presented with different samples and then earn a treat for detecting the right odor. Next, the dogs will train using urine and saliva samples collected from patients at two Philadelphia hospitals who tested positive and negative. The most challenging step will be teaching the dogs to detect the virus in a human, especially if that person is moving, researchers said.

With a limit to the number of trained pups, don’t expect to see them at every airport or mall anytime soon. Even so, chemists and physicists might be able to use what they learn from the dogs to create an electronic “nose” or sensor that could be used to screen thousands of samples quickly, and the gadgets wouldn’t demand dog biscuits in exchange.

If this works, man’s best friend may just deserve a promotion.