Shelter Pets Take to the Sky in Search of Forever Homes 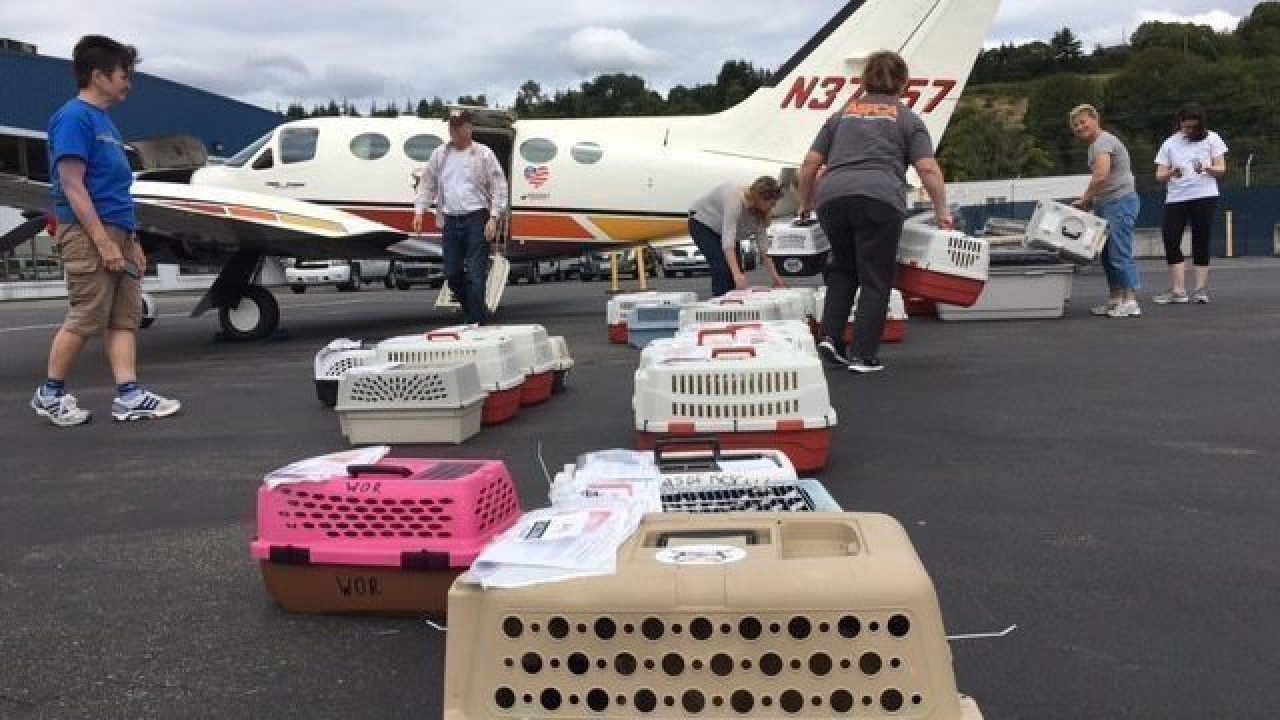 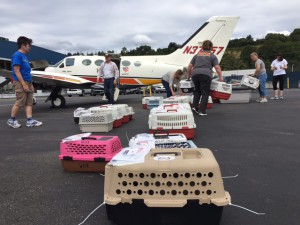 On an overcast Saturday, I set out to the King County airport for the rare opportunity to witness 180 shelter pets fly into Seattle and one step closer to finding happy homes.

Healthy Paws was invited to the arrival of the most recent Freedom Flight carried out by Wings of Rescue, an all-volunteer organization that flies shelter pets slated for euthanasia into communities with no-kill shelters and foster systems. Having saved over 20,000 pets since their inception in 2009, Wings of Rescue moves dogs and cats into safe spaces where they can eventually be matched with their forever families, regardless of how long the adoption process might take.

The turnout at this event overwhelmed airport staff, with dozens of volunteers coming in from several shelters in the greater Seattle area to pick up pets, including the ASPCA, Humane Societies of Seattle and Kitsap and Whatcom Counties, Seattle Animal Shelter, and more. 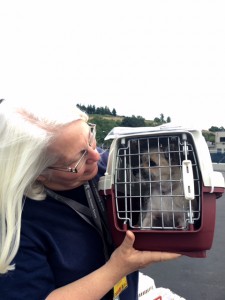 Among the volunteers was Margi Moore of Kitsap Humane Society, there to pick up 7 dogs—all small pups; terriers, Chihuahuas, and a couple mixed breeds. Moore has been a part of several Wings of Rescue events, in addition to helping facilitate ground transportation of animals out of high-kill shelters in the LA area through similar shelter transport organizations.

One Freedom Flight memory that stuck out for Moore illustrates the dire situations many of these pets come from. “Some of them are moments from being put down,” she says. “There was one hound mix that they literally pulled off the table because they had room for one more dog.”

The excitement was palpable as the first plane pulled up on the tarmac and shelter staff began unloading and sorting the animals, though the mood quickly turned calm as frightened pups began yelping for comfort after what, to them, must have been a harrowing journey. Volunteers cooed soothing reassurances as they loaded the dogs into cars and vans for the last leg of their trip. The pups and kitties will be processed at local shelters and available for adoption later this week.

Wings of Rescue is well on the way toward their goal of saving 10,000 pets this year—an impressive feat for an organization funded completely from donations and run with an all-volunteer staff, including the pilots who use their own private planes to shuttle the animals. To learn more about their amazing work or contribute to the cause, visit wingsofrescue.org.