You’ve Been Calculating Your Dog’s Age All Wrong 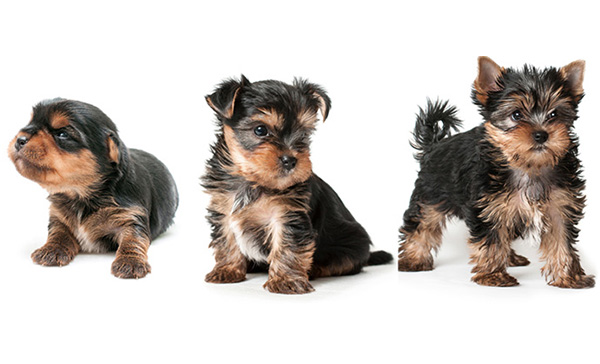 It’s an adage as old as time: to calculate your dog’s age in “human years,” just multiply their years by seven. So, a one-year-old dog is seven human years; two is 14, and so on.

A new study published on the snappily-named Cell Systems website says the traditional formula is too rudimentary and doesn’t take into account that dogs age at different rates throughout their life.

The researchers from the University of California San Diego School of Medicine studied 104 Labrador Retrievers spanning a 16-year age range. They compare the dogs’ major physiological milestones to similar markers in humans to come up with a timeline comparing the two species.

The scientists conclude that while humans and dogs go through similar life stages (albeit on a different time scale), the trajectory of aging varies. The upshot is that dogs age quickly in their first four years of life and then more slowly from middle age into their senior years.

For example, a one-year-old pup is physiologically about the equivalent to a 28-year-old person; a two-year-old equals about a 40-year-old person. Once they hit four-years-old (about 53 in human years), dogs experience aging on a gentle upward slope until they reach 14 and are similar to humans in their early 70s.

When a dog celebrates his ninth birthday, the 7-to-1 year ratio is finally about right, but then it drops off again to a slower aging rate.

These cheeky researchers explain their findings in a chart relatable to everyone. They show Tom Hanks, perhaps the most beloved actor in the U.S., as he has aged from childhood to his current age of 63, compared to the lifespan of a yellow Labrador they studied.

That means Tom Hanks is about nine in dog years, they said. That should give him plenty of time to make more delightful movies, such as Turner & Hooch, the buddy cop comedy where he stars opposite Beasley the dog.

How scientists conducted the study

To develop a valid age comparison between dogs and humans, the scientists looked at markers in each species that indicate aging. The scientists can determine physiological age milestones by looking at a type of DNA that lives in the cells of all mammals.

Domestic dogs make a good study subject on aging because they share nearly all aspects of their environment with humans, including factors such as diet and chemical exposure, the scientists said.

The researchers acknowledge that they only studied one breed of dog – the ever-popular Labrador – and that there may be significant variation among breeds, which have varying life spans.

The scientists also studied mice using the same techniques to have a third mammal comparison and ensure that the formula was transferrable across species. Mice only live to be about three (if they avoid mousetraps and cats!), and they age in a similar way but at a different rate than both dogs and humans.

Next, the researchers plan to test other dog breeds, determine if the results hold up using saliva samples, and test mouse models to see what happens to their “aging” genes when you try to prolong their lives with a variety of interventions.

How the research can help

The scientists said that their study might provide a more accurate way of measuring a dog’s or human’s physiological age at any point in their lives. With further research, it could also help develop anti-aging interventions to extend lifespans in all mammals, and that’s excellent news for man and his best friend.

No matter how you measure your dog’s age, protect them with pet insurance as they get older to help cover the costs of unexpected accidents or illnesses. Start by getting a free quote.