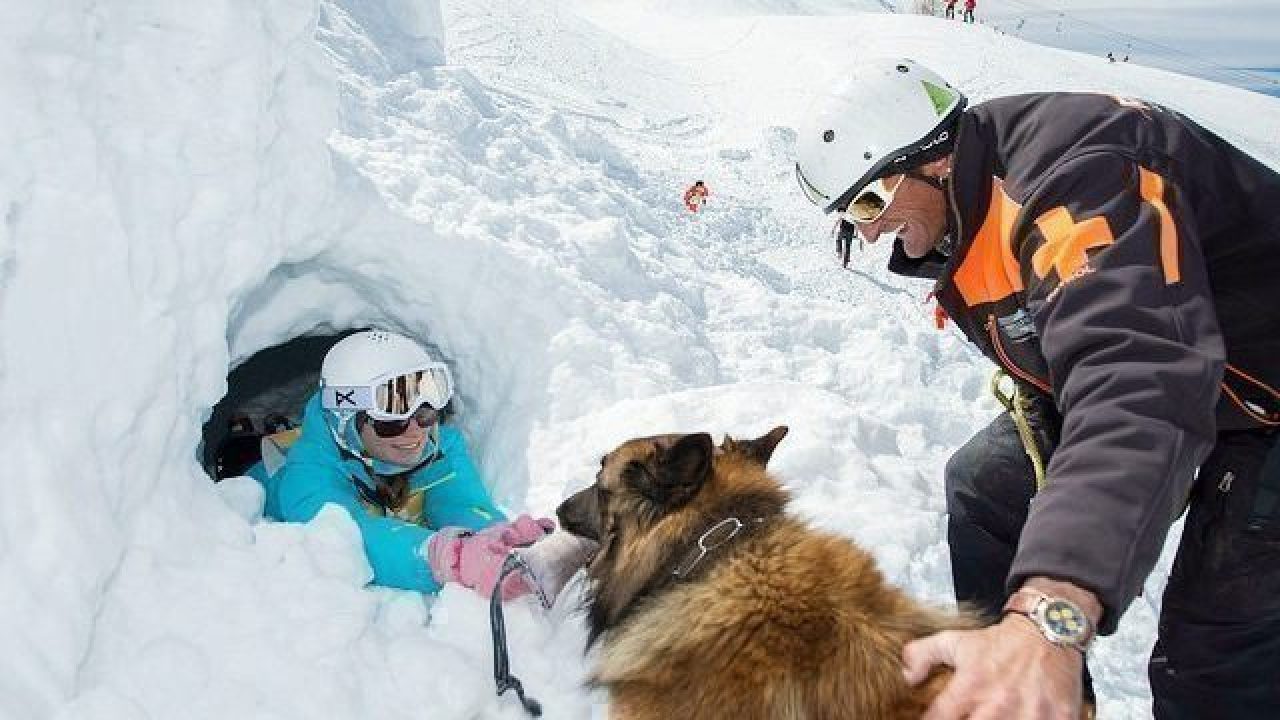 Working dogs are an important part of many professions, most famously law enforcement and the military. But that’s not all dogs do – there are plenty of pups saving lives in other ways as well. Some dog breeds are more suited to specific tasks because of their physical strength, temperament or intelligence. To celebrate Work Like a Dog Day, we’re highlighting a few lesser-known canine careers. 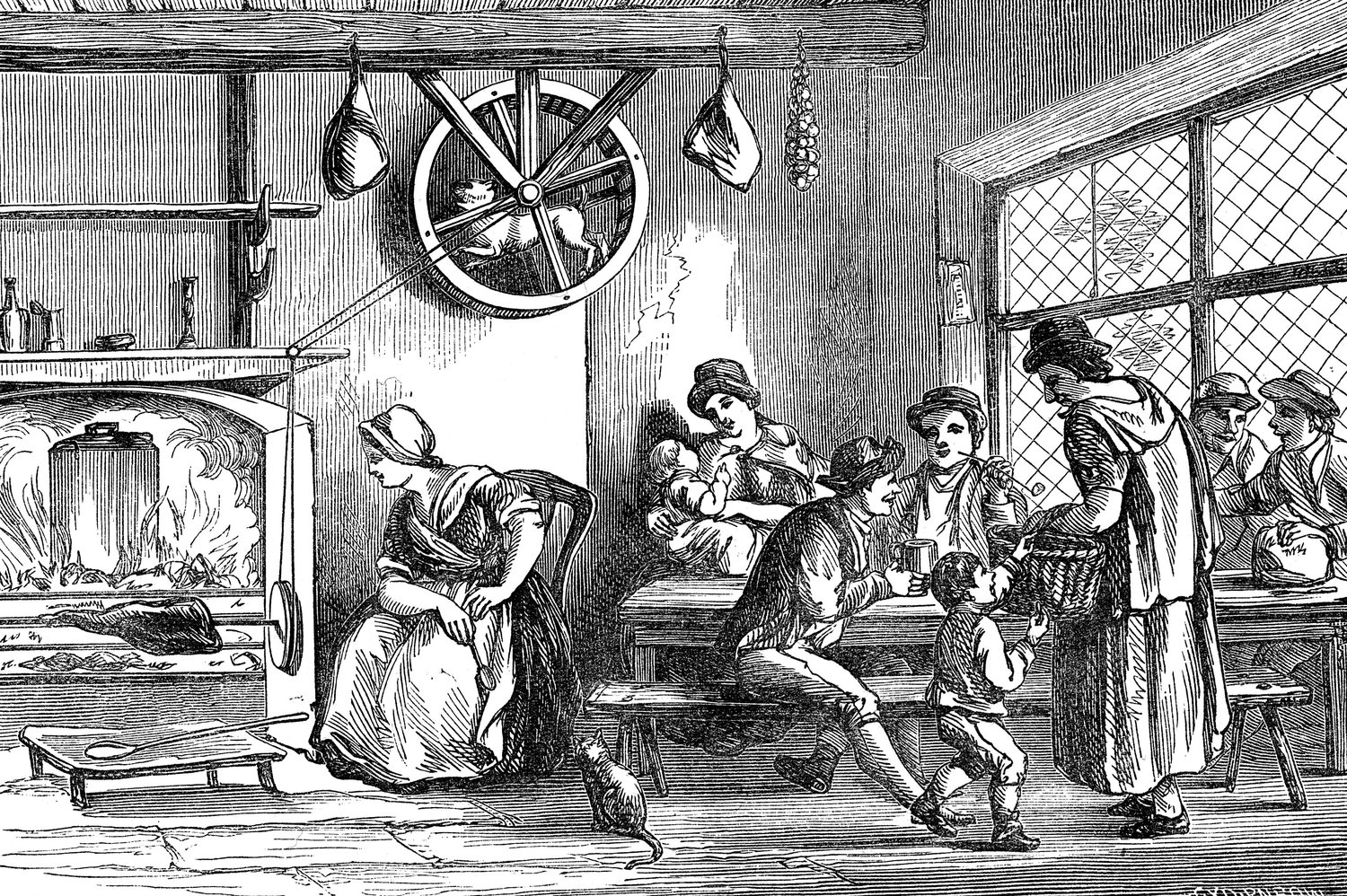 Back in the day – the 16th to 19th centuries, to be exact – dogs were used as kitchen help, rather than being shooed out. With no electricity, cooking was pretty much a giant pain; ovens needed wood, there were no kitchen timers, and forget about ice or refrigeration. One of the most essential kitchen tasks was turning the giant spits of roasting meat, often for hours and hours, until the meat was evenly cooked. Turnspit dogs – also called the kitchen dog, cooking dog or underdog – were trained to run on wheels attached to the spit, saving their humans hand cramps and boredom. These working dogs eventually found themselves unemployed with the arrival of the automatic roasting spit.

The turnspit dog was even considered its own breed, described as “long-bodied, crooked-legged and ugly dogs, with a suspicious, unhappy look about them.” (Keep in mind this was long before we called humans “pet parents” and dogs “fur babies.”) There is no modern dog breed that  fits the turnspit dog’s description, but some have theorized the Welsh Corgi and Glen of Imaal Terrier distant relatives.

These hard-working dogs are bred to pull large loads on sleds across ice and snow, helping the people of the Arctic for 3,000 years. Although snowmobiles have overtaken sled dogs in modern times, many rural Alaskan and Canadian communities still use the animals and sled dog races take place yearly. The first Arctic explorers relied on sled dogs, and many Antarctic expeditions – most famously Roald Amundsen’s 97-strong sled dog team – as well, until they were banned from the continent in 1992.

The Alaskan Husky and Malamute are the most well-known sled dogs, but the following are also well-suited breeds:

Size, stamina, and speed are all important qualities in a sled dog, as is thick fur that can protect the dog from the often subzero temperatures. Most sled dog breeds have a double coat, which has a fluffy, insulating under layer and a waterproof top coat. Sled dog breeds are also common as show dogs; their thick fur and sturdy size make for an impressive competitor. All this fur makes for some serious shedding though, requiring daily brushing and even professional grooming.

Often part of law enforcement, a search and rescue (SAR) dog is employed to sniff out a missing person or object. These working dogs are often used during criminal investigations, for wilderness tracking, or during natural disasters. In order to be a search and rescue dog canines must pass a test to become officially certified; some SAR dogs double as family pets whose humans volunteer as handlers with a non-profit group like SARDUS. The term “search and rescue dog” is actually an umbrella term for several types of more specialized SAR dogs:

The Bloodhound is the first tracking breed that comes to mind, often used as a trailing dog, but many others are frequently used. German and Belgian Shepherds, Labradors and Golden Retrievers are the most common search and rescue dog breeds, although any pup with an aptitude for scents can be trained and certified. The St. Bernard is legendary for its work in the Swiss Alps, where it was originally bred for avalanche work; after being crossed with Newfoundlands, the modern St. Bernards’ long fur can drag it down in snow.

These days, most herding dog breeds spend more time chasing children than cattle or sheep. But throughout much of history and even today in some parts of the world, herding dogs are essential to keeping livestock in check. These working dogs can control cattle, sheep and even fowl with ease. Herding dogs use many different strategies to control their charges, some acting as a physical obstacle, others nudge animals forward or use their bark. Maybe the best-known type of herding dog, the Border Collie is renowned for its ability to stare down animals with a gaze known as “strong eye.” The Australian Kelpie and Koolie both walk on the backs of sheep to quickly travel across the herd.

Even when placed with a family, not a flock, herding dogs tend to retain some of their unique skills. Many Heeler breeds, like the Australian Cattle Dog, will nip at a human’s feet to hurry him along. Other herding dogs can be seen corralling kids in the backyard, or even excelling at dog athletics, particularly in agility competitions. For pet parents who want to engage their pup’s natural instincts, competitive sheepdog trials are a real thing; handlers direct their dogs to herd sheep in an enclosed area, with a variety of courses used.

There’s no job that can’t be done by a dog – except those requiring thumbs – as proved by the existence of the dogcart. An old tradition in the Netherlands and Belgium, dogs were used to deliver milk, bread and other essentials. In the early 1900’s animal rights activists in Britain banished the dogcart, but during World War I these canines went back to work. Not only did they pull refugees in Belgium to safety, they were also used to pull small guns on the front – dangerous work, just like military dogs continue to do today. Although the rare delivery-dog can be seen in France and Belgium, these working dogs are mostly a pup of the past.

German and Belgian Shepherds were traditionally used, although any large dog is able to pull a cart. “Carting” is making a comeback as a dog sport, with varieties like dryland mushing or sulky driving. It’s primary purpose is exercise, although handlers may also benefit from the dogs’ transportation. Specially-designed harnesses are used to attach the dog to the cart; a “sulky” specifically avoids putting weight on the spine, while a dryland rig is hooked up like a sled. As a general rule, dogs must be over 35 pounds to pull anything, while the cart must not weigh more than three times the dog.