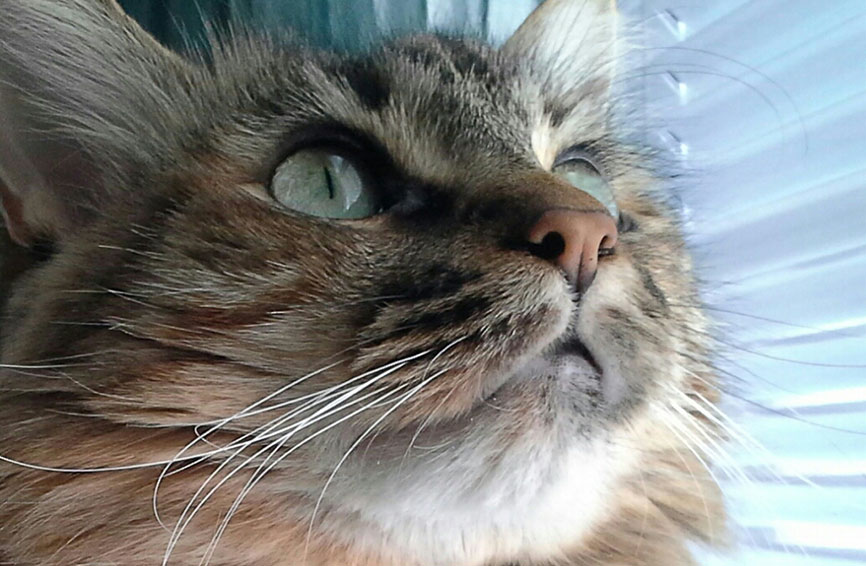 We all know about Billy the Kid, but Billie the cat who lives in San Antonio, Texas, isn’t quite so infamous. She is a quiet, sweet kitty who does not meow but makes soft little squeaking sounds. Billie loves playing with her catnip mouse and snuggling up to cat mom Andrea when she’s lying in bed reading. She also likes belly rubs and sleeping in boxes and baskets.

What’s more notable is that Billie is a 12-year-old survivor of five serious health conditions. This kitty’s journey doesn’t start with her medical history. Andrea credits Billie’s determination to survive to the fact that she was rescued from a dumpster when she was only one week old. And her story just gets more interesting from there.

When Andrea and her husband Jim adopted Billie at 10-weeks-old, she noticed something extraordinary right away. She would read in bed at night with Billie snuggling on her chest, lovingly staring at her. They thought she was just an affectionate kitty, but there was something more at play.

Andrea was diagnosed with blocked coronary arteries three months later, which required two implanted stents. Billie stopped lying on her chest after surgery as though she sensed what was going on. Every so often, she’d put her paw over Andrea’s heart as though she was checking on her.

As the years went by, Billie would habitually drape herself over Andrea’s abdomen while snuggled up in bed together. Shortly after that, Andrea was diagnosed with two ulcers, for which she now takes medication. Billie no longer lays on her mom’s belly but continues her routine checkups with a paw over her abdomen and looks after Andrea whenever she’s not feeling well.

“I joke about going to the doctor and telling him, ‘My cat thinks I’m sick,’ but I’ve been tempted to do it a few times. Billie has never been wrong about her diagnoses!” Andrea said.

It hasn’t been an easy road for Billie; she’s been through a rigamarole of health issues resulting in a series of procedures, treatments, surgeries, and medication.

How is Billie doing now?

Billie is now a healthy senior kitty who just celebrated her 12th birthday, much longer than she was expected to live. It will be two years since her cancer surgery and chemo in April. Billie sleeps a little more these days but still loves to play with toys, chase her younger cat sister Joey, and run up and down the stairs.

The cat Andrea adopted before Billie had had very expensive medical treatments for feline triaditis – an inflammatory disease of the liver, pancreas, and small intestine. So, it made sense when they adopted Billie as a kitten to enroll with Healthy Paws in case Billie developed any health problems down the road. This turned out to be a wise decision.

“We’re so glad we chose Healthy Paws to cover her health care needs since the day we adopted her at 10 weeks. We never have to worry about paying vet bills for surgery, hospital stays, lab tests, or medications, and the monthly payments are definitely worth it,” Andrea said. “Lots of people make the difficult decision to refuse veterinary care for their pets because of the cost. We never wanted to be in that position and are thankful that Healthy Paws allows us to say ‘yes’ to the veterinarians every time they recommend treatment for our cats.”

It’s estimated Billie’s family has saved more than $10,000 in vet bills throughout her long life. This has been a literal life-saver for Billie, so they also enrolled their younger cat, Joey, when they adopted her in 2015.

About Laura: Following 12 years in Seattle, my dog Boomer and I left the city in 2019 to live, work, and travel in my VW van full-time. We eventually landed in Baja, Mexico for a few months before COVID hit and we returned stateside in search of a new place to call home and focus on growing my business. Bend, Ore. is that place as of January 2021. We live in a house now, but we’ll always have a van. 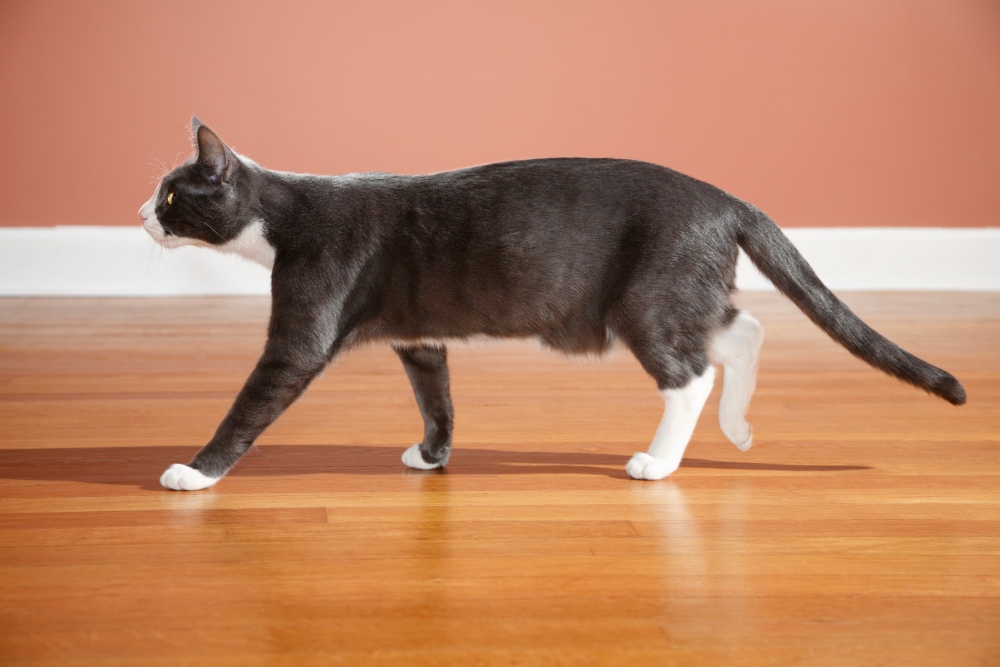 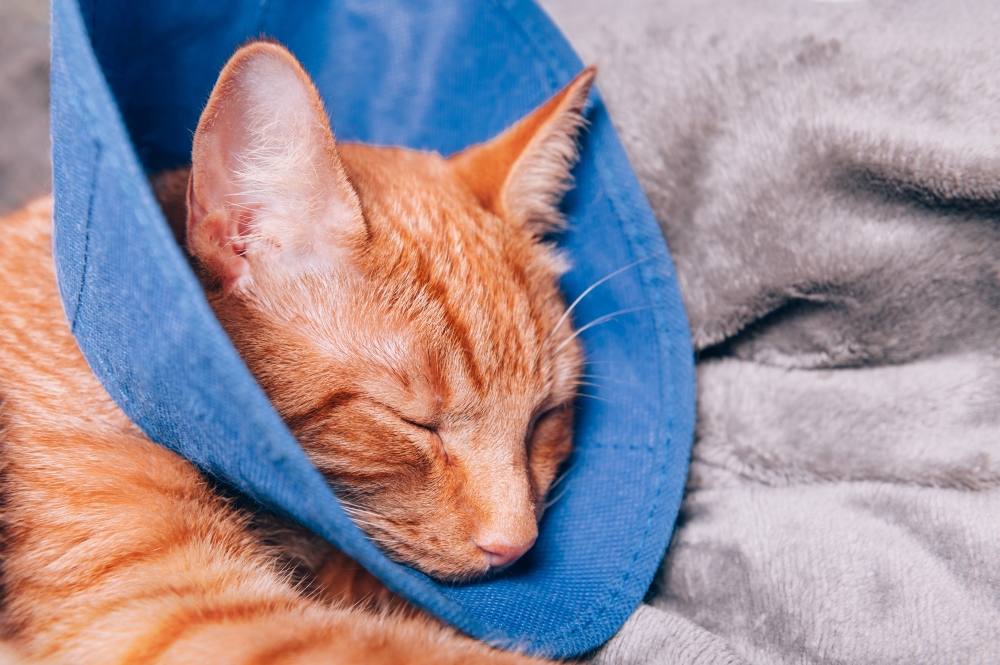