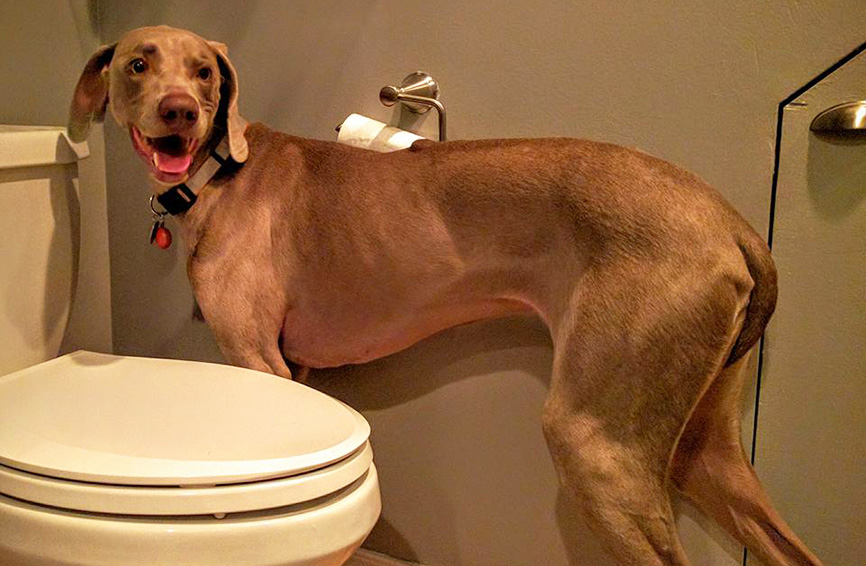 It’s safe to say that Elise Vincentini is not a fan of fireworks. 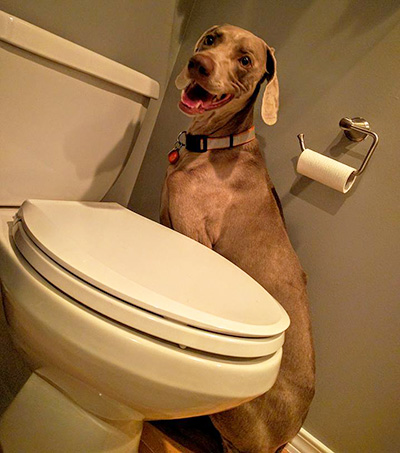 Harper hides in the bathroom when the fireworks start.

As pet parent to two Weimaraner dogs who are sensitive to loud noises, she takes some rather extreme measures to keep her pups from panicking when her Seattle neighborhood turns into a sonic battlefield on the Fourth of July.

One of her dogs in particular – Harper – goes into the bathroom, cowering in a corner, panting and shaking uncontrollably, as soon as the booms start.

Elise tried everything to calm her pups until she finally settled on a multi-pronged approach that seemed to work for Harper.

Here’s what she does:

As the owner of the Downtown Dog Lounge doggie daycare in Seattle, Elise shares her technique with customers who have similar issues. And she reminds everyone to keep dogs inside and contained as July 4 is the time of year when the most pets escape or get lost.

“With my dog’s anxiety, there’s no place I’d rather be on the Fourth of July, than sitting on the couch with her where I know she is safe,” she said. 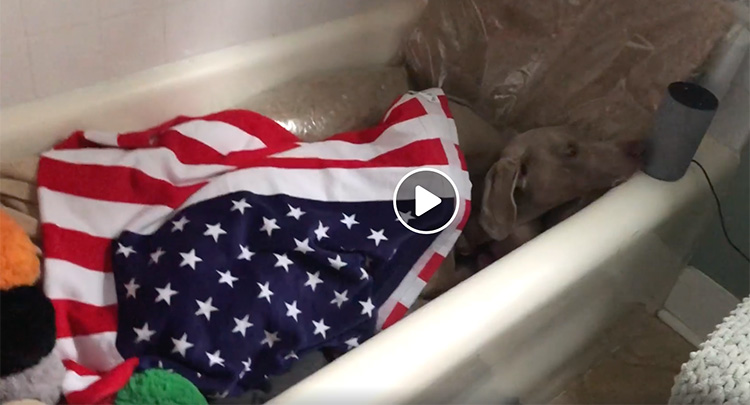 View a video of Harper in her “bunker” on a previous Independence Day.

If you go all out to protect your pets, you should have pet insurance. Start by getting a quote in less than a minute.