What To Do If Your Dog Eats a Dead Animal 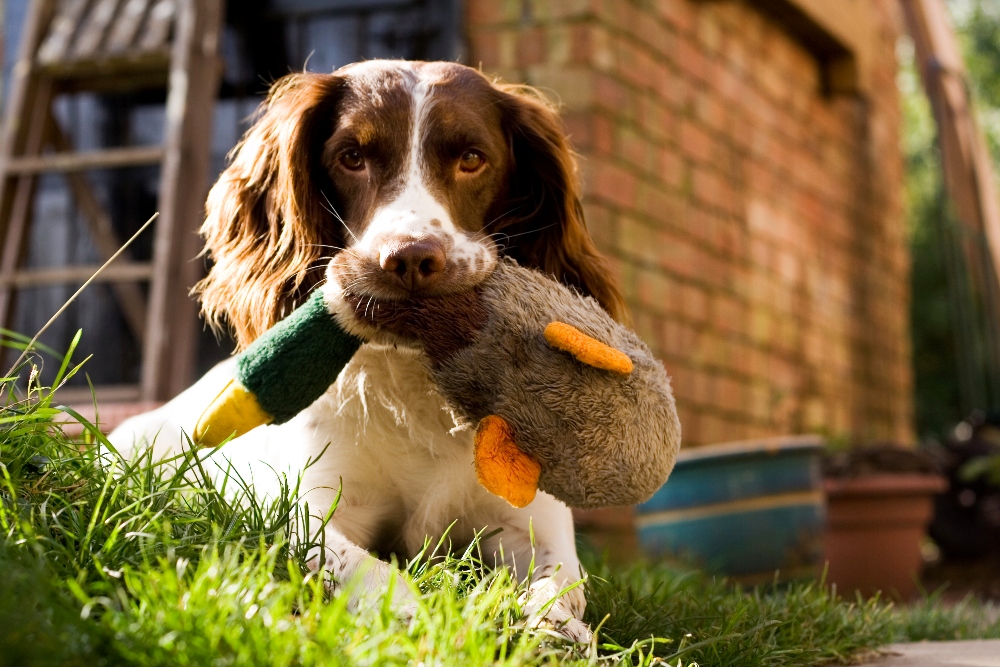 If your dog is prone to picking up random objects on walks, chances are she will come across a dead animal and want to pick it up. When it comes to gross-and-also-potentially-dangerous behaviors, eating dead things has to be near the top of the list. Here’s what you need to do if your dog eats a dead animal and what you need to know about why she does it to begin with.

Why are dogs attracted to dead animals?

Like so many things with dogs, this all comes down to the smell. Dogs have a strong innate sense of smell, which has played an important evolutionary role in hunting and mating. It should come as no surprise that dogs are intrigued by the scent of dead animals. Considering this scent typically worsens with time, dead animals typically get more interesting for your dog. If your dog enjoys exploring the outdoors, chances are he or she will come across a dead animal and want to pick it up at some point.

There are a few reasons dogs become obsessed with odors that make humans gag. One popular theory traces things back to dogs’ wolf ancestors, who would have very important survival reasons for hanging around gross stuff like dead animals and feces—the strong smells from these things can help cover the dog’s (or wolf’s) smell, which helps her hide from would-be predators.

This is very much the opposite for humans. “Humans perceive ‘bad’ odors through either some inbuilt evolutionary acquired mechanism to prevent harm, e.g. repulsion by feces to prevent disease, or through learning,” Peter Hepper, head of the school of psychology at Queen’s University in Belfast, explained to Gizmodo.

Why do dogs want to pick up dead animals with their mouths?

Dog breeds known for hunting, such as beagles, pointers, hounds, or terriers have a natural predatory instinct. Golden retrievers and Labrador retrievers also have a natural instinct to pick up dead birds in their mouths and bring them back to you.

While this behavior may seem “disgusting” to humans, your dog will be extremely proud of itself for completing its naturally-driven task. Take this into account before thinking about disciplining your pet.

Why do dogs use their nose and mouth to explore dead animals?

Since a dog’s sense of smell is so much more acute and sensitive than a human’s, it is arguably the most critical of the five senses in a dog’s life. Dogs use their sense of smell as a means to explore the world around them. They are also curious animals and tend to use their mouths to explore objects, including dead animals, that they find in nature.

“So-called ‘bad’ and ‘good’ smells are products of our culture. As young children we are ambivalent toward smells like poo and stinky feet: we have to be taught that these are ‘bad,'” Alexandra Horowitz, author Inside of a Dog and Being a Dog, explains. “Dogs, by contrast, are in but not of our culture. They do not inherit our value system (unless we explicitly train them in its rules) and so are left with their own canine tendencies…For dogs, there seem not to be good nor bad (with a few exceptions) smells; smells are just the way the world looks. Smells are just information.”

It is best to keep your dog away from dead animals that they may encounter while outside. Dead animals could have ingested a toxin, such as rat or mouse poison that would, in turn, be dangerous for a dog to consume. Dead animals may also be carrying dangerous bacteria that your dog could be exposed to.

One of the most dangerous is clostridium botulinum, which is a preformed neurotoxin that can be found in dead animal carcasses. Dogs can contract botulism from ingesting contaminated carcasses. While rare, the effects of this disease can be serious. After the neurotoxin is ingested, it can cause weakness throughout the whole body that may progress to paralysis of all four limbs. In some cases, the toxin can attack the diaphragm and impact the dog’s ability to breathe, which leads to death.

Dogs may also pick up a parasitic infection after ingesting a dead animal, specifically a rodent who is harboring the immature form of the parasite. These parasites include coccidia and roundworms. Once ingested, roundworm eggs mature into larvae and migrate through the dog’s body.

Signs of a roundworm infection include vomiting, abdominal swelling, loose stool, loss of appetite, and coughing. Coccidia oocysts can infiltrate the intestines after ingestion and lead to diarrhea (which may contain blood or mucus), loss of appetite, dehydration, and vomiting. Some dogs infected with coccidia have no clinical signs. Treatment for either parasitic infection can be provided by your veterinarian.

What should you do if your dog eats part of a dead animal?

If your dog has eaten part of a dead animal, call your vet and give as much detail as possible about the incident. For example, what kind of animal was it? How long had it been deceased? How much did your dog consume? Your vet will then instruct you on the next course of action. Some clinical signs that may develop include vomiting, loss of appetite, lethargy, or diarrhea.

How to prevent your dog from eating dead animals

The best way to stop your dog from eating dead animals is the “leave it” command. You can teach “leave it” at home with treats (something you know your dog wants to put in his mouth).

One way to train “leave it” (but you can find lots of tutorials online if this method isn’t working for you or your dog) is to:

Put a treat on the floor and when your dog approaches to sniff or eat it, cover the treat with your foot. The dog will probably still sniff and maybe even try to get to the treat, but stay strong and wait for him to give up. When he does (for this purpose “giving up” is defined as losing interest in the hidden treat and starting to walk away), click or say yes and reward him with a different treat.

Repeat this process until your dog associates the foot on the treat with leaving it alone and getting rewarded for doing so. At this point, start saying “leave it” when you cover the treat with your foot and continue rewarding when the dog loses interest. When he’s mastered this, you can progress to dropping the treat on the floor and saying leave it to signal the desired disinterest. Once he’s got it at home, practice on walks (and have treats handy to reward him when he leaves something you don’t want him sniffing alone).

By teaching your dog “leave it,” you’ll (hopefully) never have to deal with your dog eagerly bringing you a dead animal and wondering why you don’t seem excited about it.

Closely monitor your dog while outdoors to prevent ingestion of dead animals. Avoid off-leash walks where your dog may find an animal and want to pick it up. Training the “leave it” command can also help reduce the chance your dog will pick up an animal if he or she encounters one. As you can see, it is best to keep your dog away from dead animals they may find outside to prevent any adverse effects! 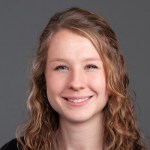 Dr. Brittany Kleszynski is a freelance veterinary and medical writer for Healthy Paws who specializes in creating meaningful content that engages readers and speaks directly to the intended audiences. She writes and edits educational articles for pet parents and creates continuing education and online learning modules for healthcare professionals. She has worked in research and small animal practice since graduating veterinary school and is a member of the American Veterinary Medical Association. 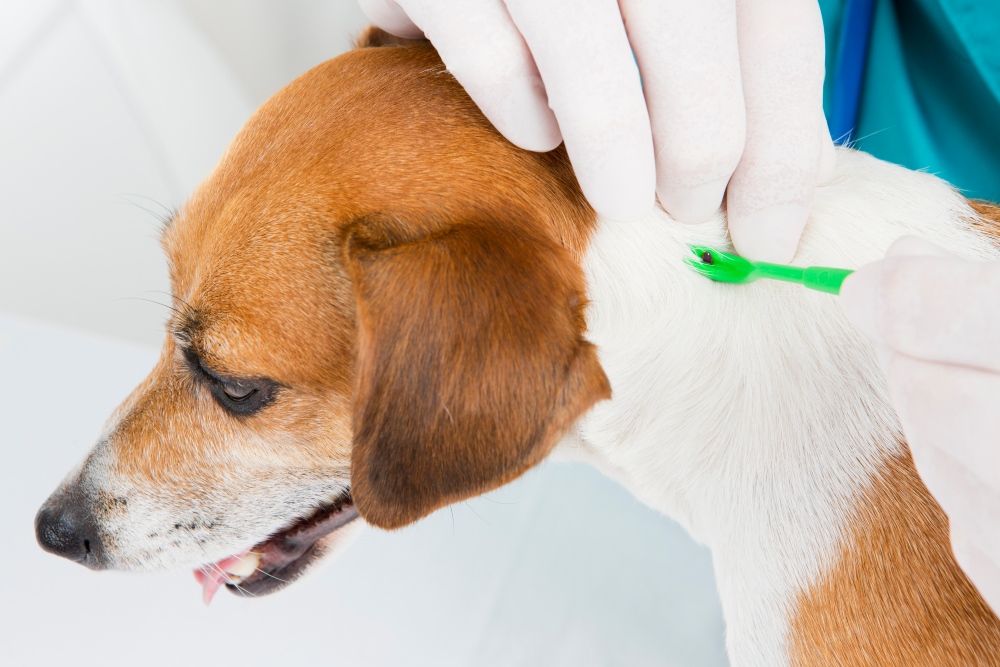 How to Remove Ticks from a Dog 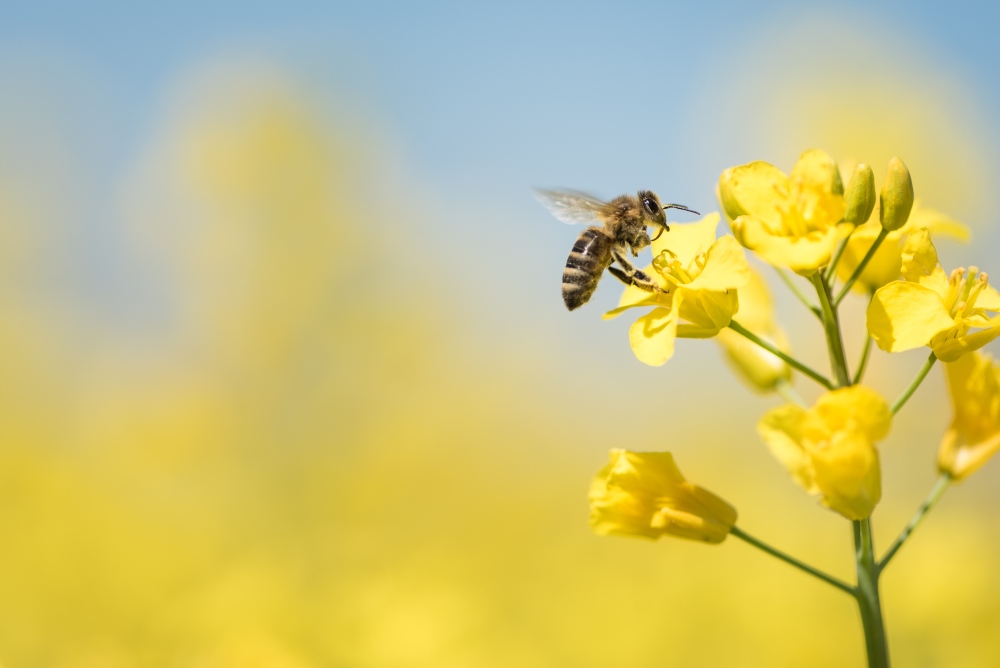 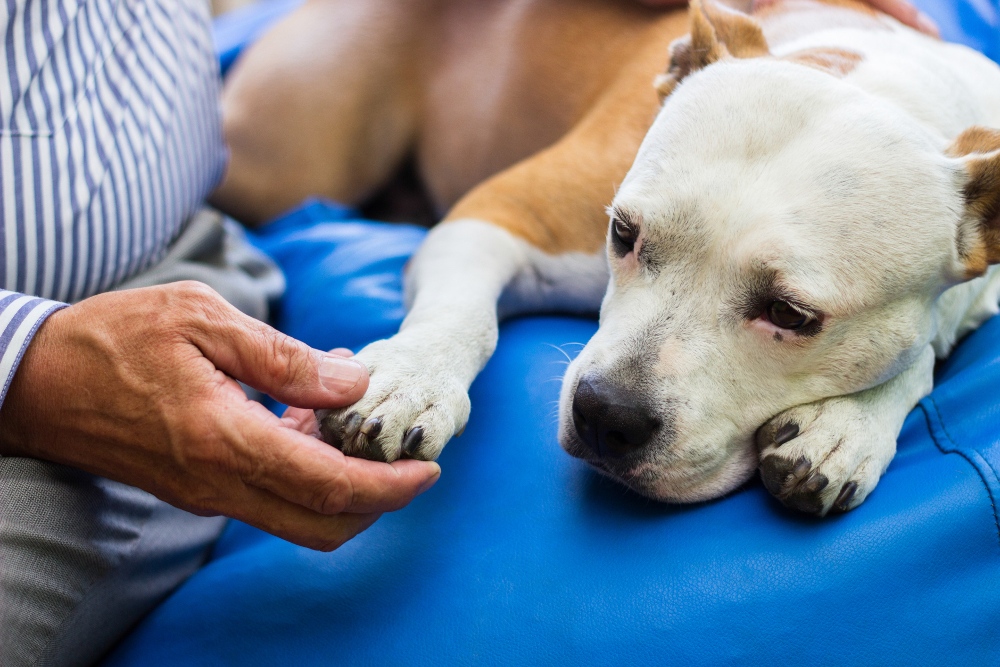