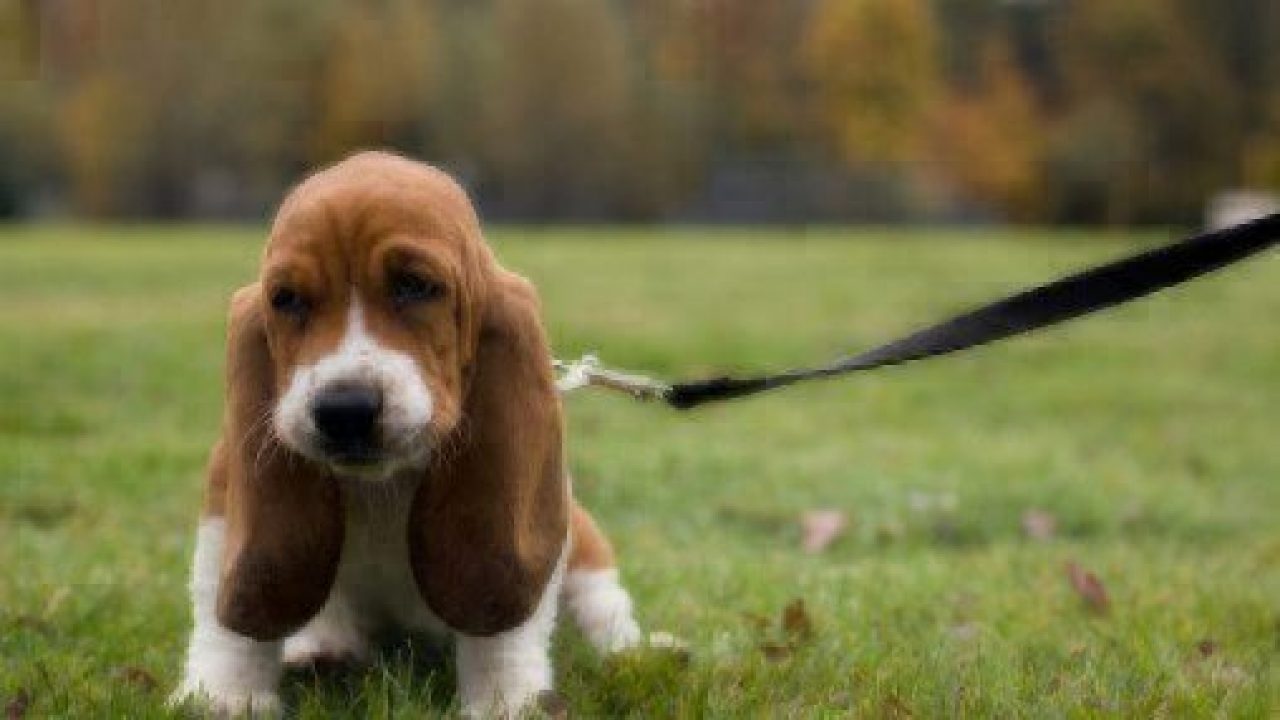 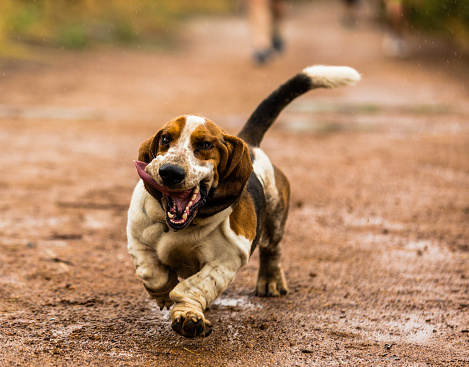 The Basset Hound is certainly distinguishable — in its own, mushy and adorable way — and one that earns all kinds of attention wherever he or she wanders. You can even hear that resonant howl in the distance and immediately know that the source is the large, droopy-eyed, floppy-eared breed. Some say Basset Hounds resemble a dog version of Eeyore (the lovable, mopey donkey from Winnie the Pooh), and there are certainly some similarities! Here are some basics on the beloved Basset.

It’s difficult not to fall in love with each and every Basset Hound that crosses your path. They have these soul-baring, near-mournful eyes you can get lost in, and their short legs, slow-paced strut, and chunky frame make you want to wrap them up in a giant hug. Physically, they’re quite robust at an average of 50 to 70 pounds, and they have a caramel brown, white, and black fur coat that’s heavily wrinkled and markedly droopy.

In terms of personality, we’d be remiss if we didn’t tell you that the Basset Hound is notorious for its stubborn disposition. While many dogs are eager to please their owners with welcome-home jumping or special tricks, the Basset take a humorous “I make the rules” approach when it comes to doing, well, pretty much anything. Sometimes they’ll respond to your calls, sometimes they’ll literally walk in the opposite direction, and no matter what, they’re going to take their sweet time. Many find this quality endearing and funny, and it is certainly part of what makes the Basset Hound such a unique breed!

Another thing that we alluded to earlier about the howling: Basset Hounds bay! They bay a lot, actually, and when they do, it is a deep and heartfelt sound that can be heard all the way down the street. The baying might be because they’re left alone (they’re not big fans of solo time), bored, frustrated, excited, or just because they feel like it because — remember — they make the rules!

That said, Basset Hounds are trainable when that training is infused with lots of patience and encouragement. They also make great family pets, and are very sociable and kind toward adults, children, and other animals. Despite their stubborn propensity, they are good-natured pups who very much enjoy human companionship.

Basset hounds have a long and notable history that began in 7th century Europe. Abbot Hubert — eventually deemed the “patron saint of hunters, archers, and forest rangers” — bred the Basset’s descendent in an attempt to create a dog with superb scent-hunting skills. He was successful, and these hounds, aptly referred to as St. Hubert Hounds, became widely sought after in France and England. 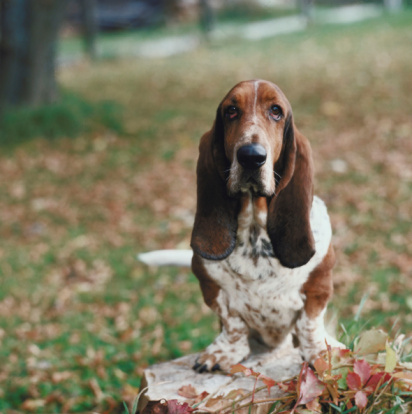 From the St. Hubert Hound came two of our modern-day breeds: Bloodhounds and Basset Hounds. Basset Hounds were noted for their ability to seek and drive out small prey for their owners to capture. In 1885, the American Kennel Club recognized Bassets as an official breed.

Basset Hounds are scent-hunting dogs (hence the elongated snout), and as such they really like food. They’ll beg and sniff out food anywhere within reach, and those mournful eyes are hard to say no to when they’re asking for a refill. Overeating, when paired with their already lethargic nature, means that many Basset hounds can end up overweight, which leads to a host of health issues, ranging from a bad back to an overworked heart.

Some other common health issues for Basset Hounds include joint disorders, glaucoma (check out Basset Buddy Lee’s story with glaucoma), hip dysplasia, knee dislocation, and blood clotting. Also, because of their droopy ears that don’t perk up, they can also experience infections or mites at a higher rate, so consistent cleaning by their pet parent is necessary. Additionally, they’ll need the folds around their mouth cleaned, which are prone to yeast infections. Their average life span is eight to 12 years.

Got a Basset who loves to bay? Share a pic with us on Instagram by tagging @gohealthypaws. If you haven’t already, look into getting a free quote for pet insurance to help protect not just your pup, but your wallet too.