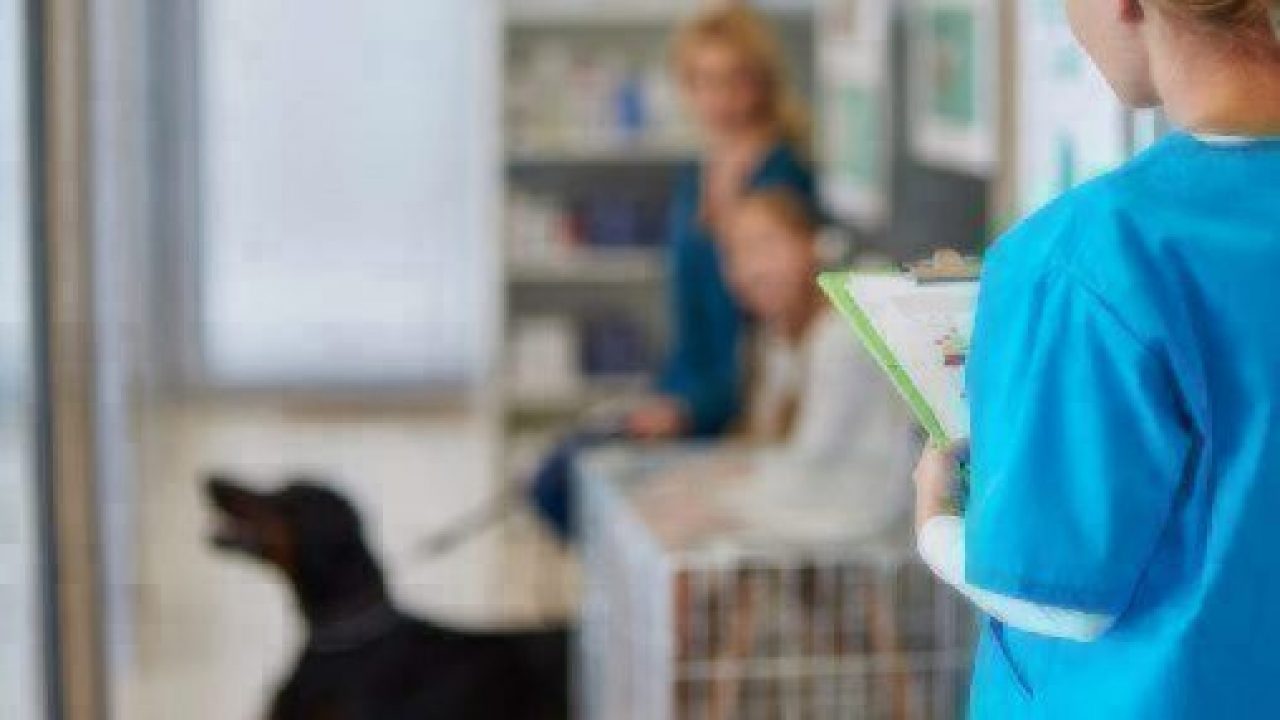 Like most of the Healthy Paws pack, Deb’s furry family is of utmost importance to her. It all began when she adopted a pup named Rosie whose pet parent had passed away. “She was a very active puppy! And then, because of the unexpected loss of [my other dog] Lucy just prior to the adoption, I felt like Rosie needed a friend. So, I adopted [her brother] Finley.”

Deb adopted Rosie’s brother Finley from Faithful Friends in Wilmington, DE, and at the time they mentioned pet health insurance during the adoption process. “I googled the best pet insurance and Healthy Paws popped up,” Deb explains. “I filled out the quote request for Healthy Paws and it was an acceptable amount per month, so I decided to get Rosie started right away and then once Finley came home, I signed him up too.”

How Rosie Tore Her ACL

The two pups got along very well and became best friends, until Rosie was injured in April of 2016. “I came home from work and let [Rosie and Finley] out and they started their usual romping in the yard, him chasing and trying to keep up to her.” Suddenly, Rosie yipped. “My heart sunk as I watched her come up lame,” says Deb. “I had a dog back in 2001 that I watched the same injury happen while chasing a tennis ball across an open field, so of course I was feeling the dread of possible ACL tear, but I tried to remain positive.”

Deb took Rosie to the Savannah Animal Hospital for an evaluation that night and they suggested crating her for two weeks before administering another checkup. Unfortunately, at the recheck, Deb’s fears were confirmed: they suggested that Rosie could have a cruciate tear and that she should take her to an orthopedic specialist: VOSM (Veterinary Orthopedic Sports Medicine). 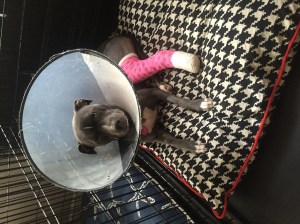 “I had faith in Savannah, so I went with their recommendation,” continues Deb. Her appointment was only a few weeks after the initial injury. “The vets at VOSM suggested that Rosie had two problems after her evaluation: one was she had torn both legs’ ACLs. The right leg was the most affected at this time and it should be the first leg repaired. The other issue was that genetically, her tibial slope was extreme – the normal range is between 26-28 degrees while Rosie’s slope was at 50 degrees.” The doctor suggested going forward with surgery, called a cranial wedge osteotomy.

“I signed the papers and left Rosie to have surgery the next day, then picked her up with it was over. Her discharge instructions were what I was expecting – she had to use a sling and no stairs allowed, so there was a lot of dog-carrying and absolutely no interaction with her buddy, Finley.”

Three days later, Deb came home and gave Rosie a once-over; she quickly noticed a blood spot on her surgical bandage and snapped some pictures and emailed them to the VOSM facility. The wound checked out fine by the on-call physician, so Deb set Rosie up for her first physical therapy session, anticipating staple removal at that time as well. When the staples finally came out, the vet noted that there was still a small amount of seepage.

“The vet set up an appointment to recheck her incision a week later, but we didn’t make it that long. Rosie started to become lethargic, the incision site became hot to the touch, and her leg was swelling to twice it’s normal size!” says Deb. After an urgent evaluation, the vets determined she’d developed a seroma – a pocket of fluid that can develop post-surgery. “They explained that sometimes it takes a month to clear up, so I was to keep her crated with her e-collar on to keep her from disturbing her incision area.”

A week later, Deb noticed another complication: Rosie’s incision had started to open in several areas. Their regular vet examined Rosie and said that there was a suture sticking out and removed it quickly, however it was recommended that they return to the VOSM facility as soon as possible. When they returned, Rosie went in for surgery to repair the incision, drain the seroma, and then Deb was told to crate and cone the pup.

But almost a full month later, the heat returned to Rosie’s leg and the incision was draining heavily. “I was at a loss and could not stand that no matter how much I tried to make her better it was only getting worse.  So, I reached out to the doctor in tears saying maybe it’s time to put Rosie down.” But miraculously, the vet was firm in saying that Rosie would make a recovery. He was right; it took ten and a half months, plenty of return visits to the hospital to repair the incisions, and then a lengthy rehab process. But Rosie bounced back.

“She’s a great girl and I held out hope for her recovery because of Healthy Paws and their financial support. The turnaround time to get your reimbursement is phenomenal! When you have a dog that sick in a 12-month period… well, I couldn’t have even kept my credit card open had it not been for Healthy Paws,” says Deb. Rosie’s lifetime claims total $18,324, and her pet parent has been reimbursed $15,741. 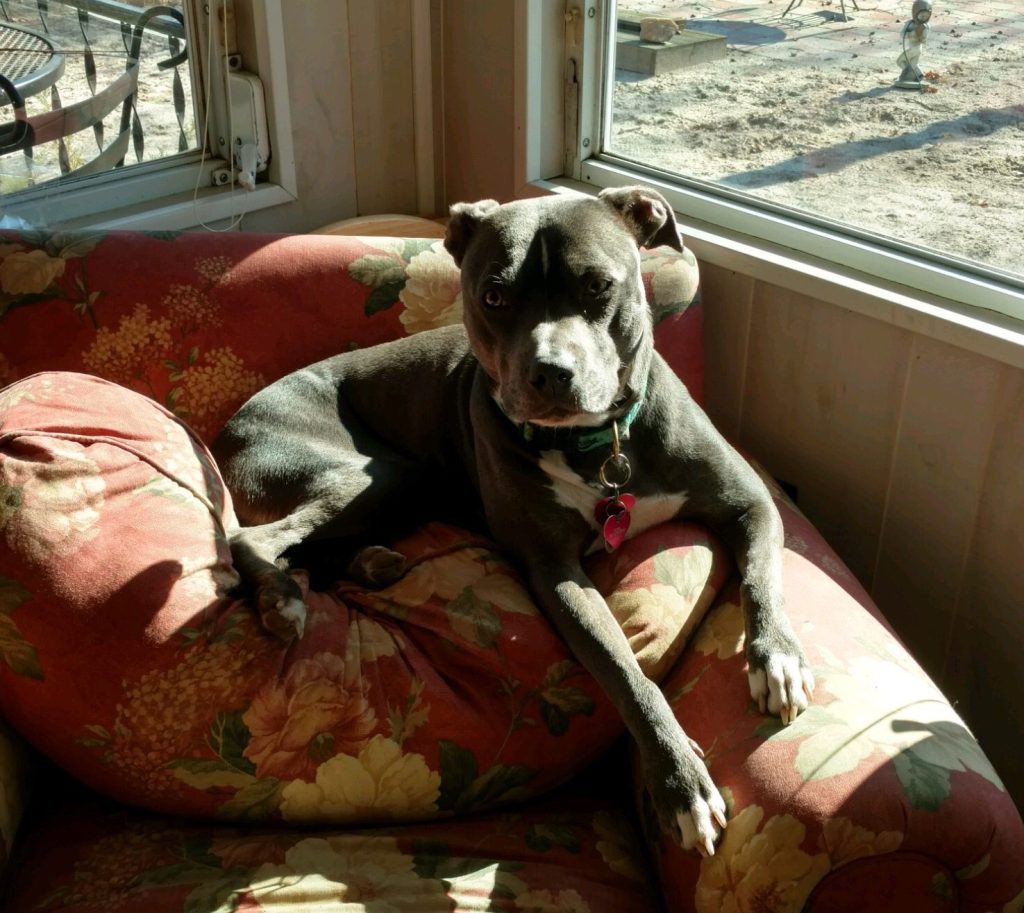 From continuous care to complications, Rosie managed to pull through and have her other cruciate ligament repaired via surgery, this time without all the complications. “She’s finally got her legs back to full strength,” says Deb. “She’s even faster at chasing around the yard with Finley now!”

Love your dog like family but wouldn’t be unprepared to pay thousands of dollars for an unexpected accident or illness? Consider dog health insurance. By enrolling as a puppy, you can bypass pre-existing conditions exclusions, so your furry family member and your wallet are protected. Start by getting a free quote.