Blog / Dog Care / What Are the Puppy Strangles?
Dog Care

What Are the Puppy Strangles? 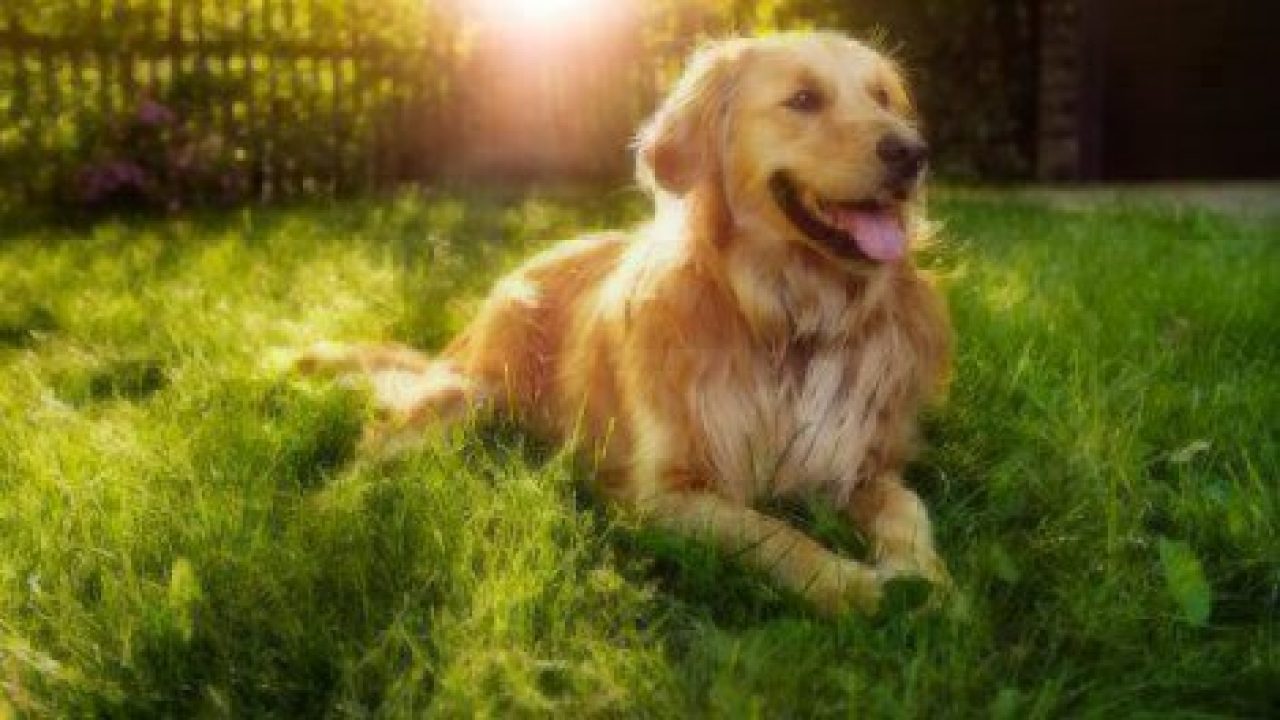 Reviewed for accuracy on April 14, 2020 by Sarah Wallace, DVM

Sometimes called Juvenile Cellulitis, the “puppy strangles” is a rare immune disorder that shows up as a painful skin condition, affecting puppies aged three weeks to six months in age. The face, muzzle, eyelids and inner ear flaps are the most common sites to be affected. Puppy Strangles is most seen in golden retrievers, dachshunds, and Gordon setters. The cause isn’t completely known, but vets think it might be an auto-immune condition.

Symptoms come on suddenly – there is acute (sudden and severe) swelling of the pup’s face – especially the eye area and eyelids, mouth, and muzzle. The condition then spreads to the lymph nodes around the throat which become swollen. Then, the swelling areas develop pimples that burst and then crust. The condition can spread to other areas of the body as well, and in about 25% of puppies affected, there can be lethargy, fever or swollen joints. Generally, the condition resolves in 10-14 days and does not reoccur. Rarely, a puppy with a severe case of puppy strangles can be at risk of death.

Pet parent Isaac knows all about the puppy strangles. His golden retriever, Zeek, was diagnosed with the disease ​when he was roughly four months old after quite a bit of back and forth on the diagnosis. “At first, Zeek had very low energy, was​ sleeping a lot and not eating for two to three days. He also developed a lump in the side of his​ neck. The vet thought he was fighting an infection and treated the symptoms with antibiotics.” 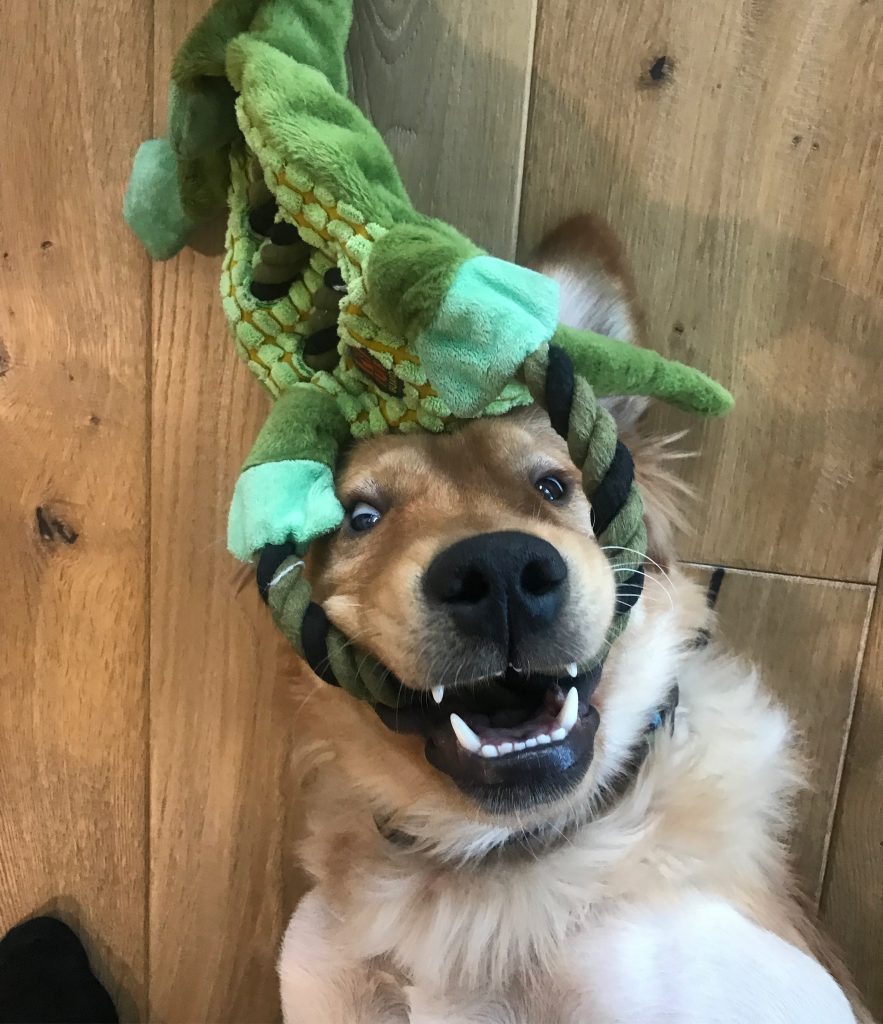 When Zeek’s condition did not improve (and actually worsened), Isaac went back to the vet who then recommended a CT scan of the area. “The scan was done in an emergency pet hospital where they quickly diagnosed his condition and hospitalized him. At that point, his lymph nodes expanded to the size of apples [and were] restricting his airways. He required emergency surgery to have a set of his lymph nodes removed.”

If a veterinarian suspects juvenile cellulitis, they can perform a biopsy. However symptoms can be inconclusive, and lesions don’t always yield accurate results during lab testing. Because of this, the disease had progressed to an emergency situation for Zeek. Additionally, the stress and worry on both Zeek’s humans and the pup himself were quite an ordeal – no one wants their precious pup to be so sick, so young.

“After a long recovery period and post-surgical steroid treatment, [Zeek] is back to normal,” says Isaac. “He loves chasing leaves, squirrels and birds, and he’s – of course – a huge fan of tennis balls. He’s completely healed from his condition.” Luckily, Isaac had enrolled Zeek in pet health insurance early, so the emergency surgery totaling $1,232 was covered and Isaac was reimbursed $1,014. 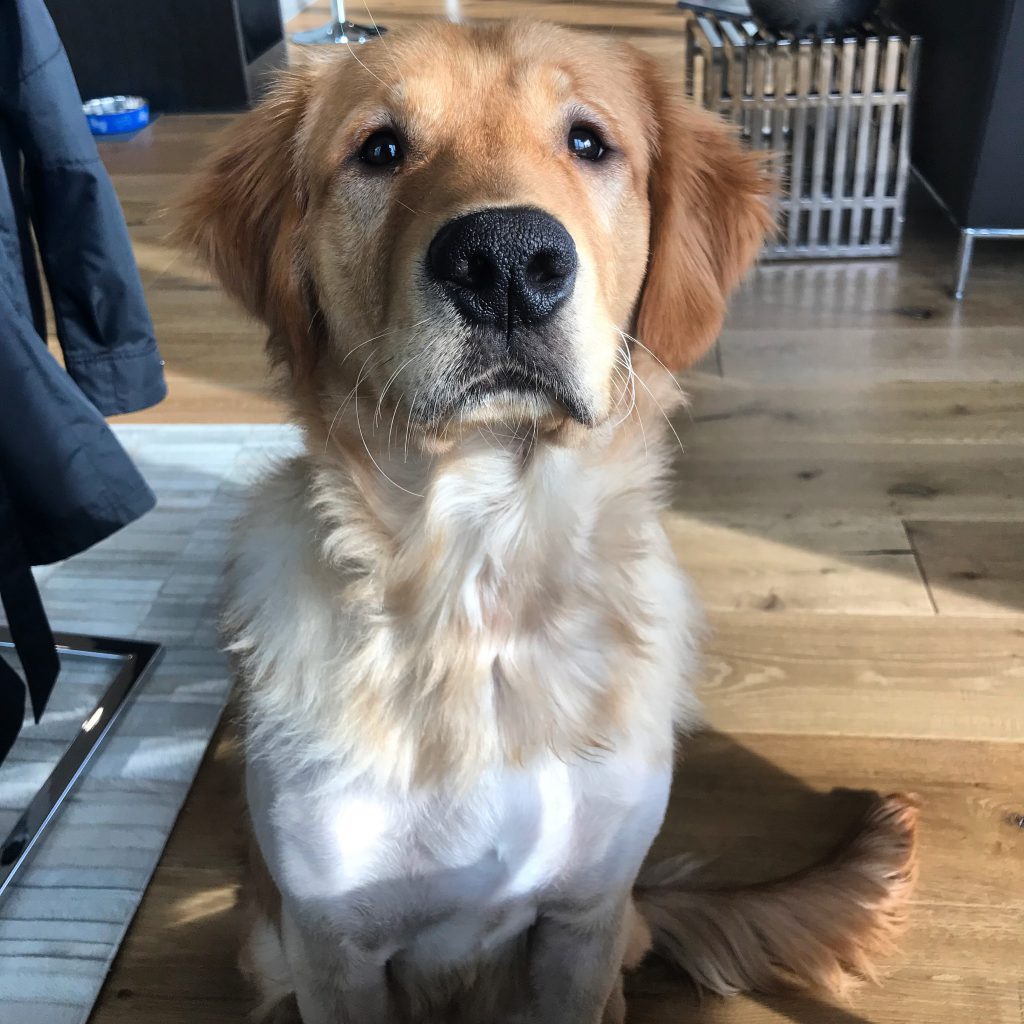 If you notice any of the clinical signs mentioned above, talk to a veterinary telehealth team, or bring your pet into your veterinarian to find out if puppy strangles is affecting your puppy. Other conditions such as mange may look similar and some diagnostics are needed to find out what is going on. In rare cases, puppy strangles must be treated for a lengthy amount of time with treatments like antibiotics and further prescriptions. If you suspect your puppy has the disease, talk to your veterinarian right away.

Zeek’s family enrolled him as soon as they could, which means they avoided pre-existing condition exceptions. Because of this, his health issues will be covered as long as they are Healthy Paws customers. Enroll your puppy today to make sure they also can receive the best care possible. Start by getting a free quote.