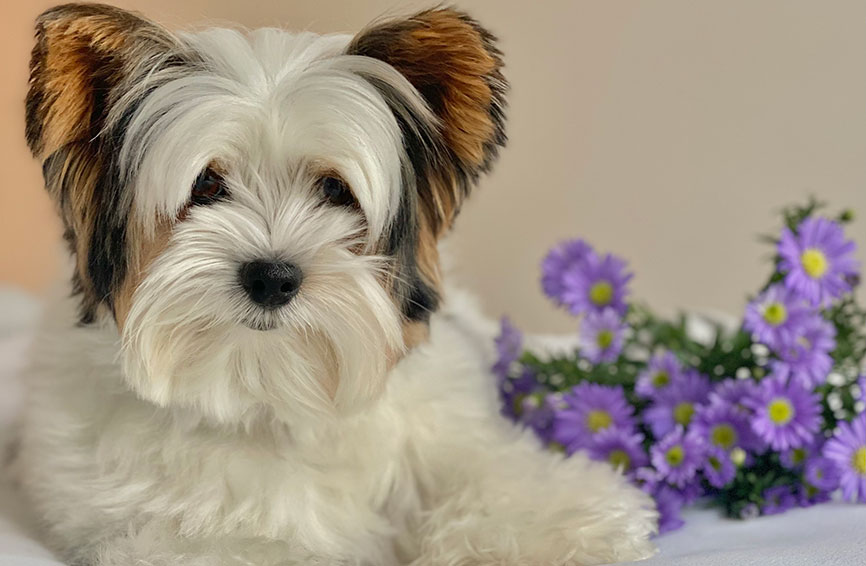 Guapo is a four-year-old Biewer terrier with the most affectionate personality and an adventurous spirit that allows him to adapt well to new people and places.

Having hailed from Ukraine when he was only three months old, he is quite the world traveler. While he lives in San Francisco, he went on a 7-month-long vacation with his pet parents to South America, where they visited Mexico, Costa Rica, and Chile last year.

“He has a group of friends of the same breed, and when he gets together with his friends, he is the happiest. His favorite things to do is play ball or tug with a toy. He loves to go for walks, go to the beach, go fishing with daddy, and just travel everywhere we go,” said his pet parent Blanca.

The seemingly healthy, playful little dog started suffering seizures when he was only two years old. The episodes came on quickly and recurred frequently – three to four times a week, and some would last as long as 11 minutes.

Blanca took him to two veterinarian neurologists, and they did a series of tests, including head scans, an MRI (brain scan), blood work, and heart function. Everything came back normal, which led the vet to diagnose him with idiopathic epilepsy, meaning the cause is unknown. Blanca contacted Guapo’s breeder since epilepsy is often genetic, but his parents and littermates had no such issues.

There is no cure for epilepsy, but it can be managed with anti-seizure medications (anticonvulsants). Guapo takes four anticonvulsants a day to control his epilepsy. While he still has seizures, they occur much less frequently and are less intense, and he is otherwise happy, healthy, and playful, Blanca said. She said that Guapo has even adjusted to taking the meds and seems to enjoy it.

Blanca and Guapo are working to raise awareness of epilepsy and recently participated in a fund-raising walk for the Epilepsy Foundation in Northern California.

How pet insurance helped with epilepsy

Blanca wisely signed up for pet insurance as soon as she adopted Guapo since the need for medication and regular check-ups will continue throughout his life. She has made 15 claims related to his epilepsy so far and has been reimbursed for 80 percent of the costs.

“We didn’t want to wait until we had an emergency to get insurance. We heard too many stressful stories of dog owners going through so much with their dogs, so we knew right away to get insurance. We decided to go with Healthy Paws because of the recommendation of a friend, and we have referred this insurance to at least ten friends,” Blanca said.