Walking Your Dog Could Make Your Brain Better

The health benefits of pets and exercise are well-documented, but new research may indicate that exercise impacts our brains as well. Dr. Wendy Suzuki, a neuroscientist and professor at New York University, thinks the neurological benefits of exercise are ripe for exploration. With this information, coupling exercise with your favorite furry friend could have a great affect on your mental state, as well as your pup’s! 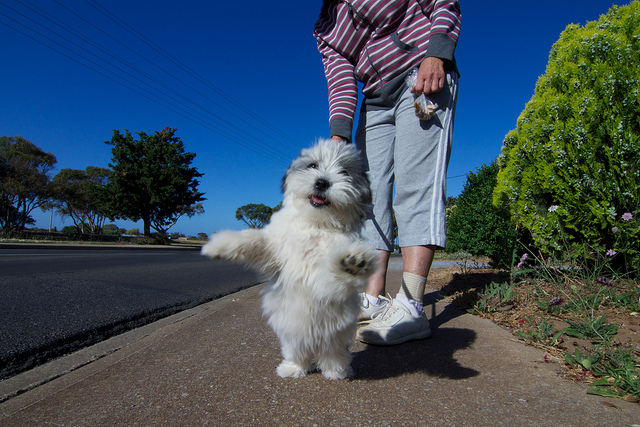 Who could be stressed with a face like that around? Walking plus pets equals major stress reduction! (Flickr.com/geofffox21)

When a human – or animal – is stressed, the brain undergoes a rapid release of hormones. Cortisol and adrenaline are released into the bloodstream, while the heart redirects blood to the brain. The effects of chronic stress on memory are well-documented, along with symptoms like digestive trouble, hypertension and insomnia. Constant exposure to stress hormones may increase your odds of developing heart disease as well. Stress can also impact your psychological well-being, causing a “mental fog” of confusion and forgetfulness. On the other side of the spectrum, anxiety-related symptoms can appear, including racing thoughts, feeling overwhelmed, incessant worrying, and depression.

“Exercise is a powerful way to combat feelings of stress because it causes immediate increases in levels of key neurotransmitters, including serotonin, noradrenalin, dopamine and endorphins, that are often depleted by anxiety and depression,” says Dr. Suzuki, suggesting a jog or half hour on the elliptical to de-stress.

Take your dog along to double the mood-boosting benefits; contact with pets has been shown to increase serotonin and dopamine levels, beating back the blues. it’s well-known that exercise lowers blood pressure, but pets help with cardiovascular health too. HABRI (the Human-Animal Bond Research Institute) reports that:

Nature is another way to get out of your head, as researchers at Stanford University found. Participants who took a 90-minute walk in a natural setting, as opposed to an urban one, reported less “rumination” – repetitive, self-critical thoughts – often associated with depression. Plus, all these feel-good, well-being moments will help your dog too! 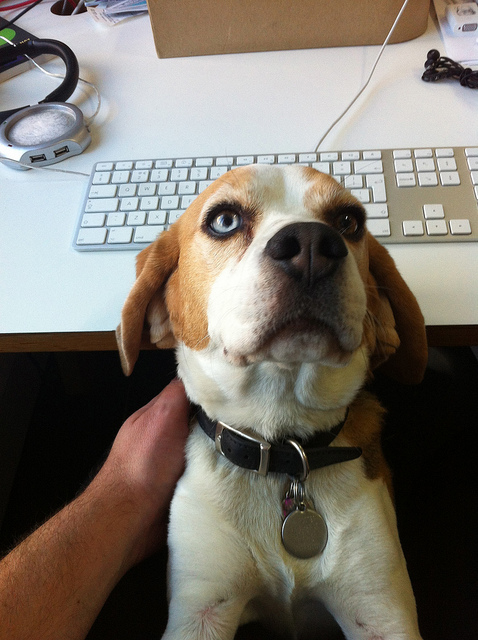 Time for a walk! Humans and canines can benefit from a creativity-boosting stroll around the block. (Flickr.com/adactio)

Another recent study at Stanford found people were more creative after walking, rather than sitting. Take a cue from tech titans like Steve Jobs and Mark Zuckerberg, both notorious walking fiends, and pace during brainstorm sessions. Your dog is dying for a walk, too so grab the leash and pound some pavement to work out your ideas! If you have a pet-friendly workplace, bring your pup and take a walk before the big meeting – the study also found “creative juices” continue to flow even after you return to sitting.

Dr. Suzuki’s research hypothesizes imagination may also impacted by exercise. Getting your blood pumping promotes new cell growth all over the body, but especially in the brain’s hippocampus. Located in the temporal lobe, the hippocampus helps regulate emotions, spatial navigation, and long-term memory.

Keep Your Brain in Shape

The adage ‘Use it or lose it!’ applies to brain power, too. “The longer and more regularly you exercise through your life, the lower your chances are of suffering from cognitive decline and dementia as you age,” says Dr. Suzuki. “Part of this effect can be attributed to the build-up in the numbers of healthy young hippocampal cells as you exercise over the years.” 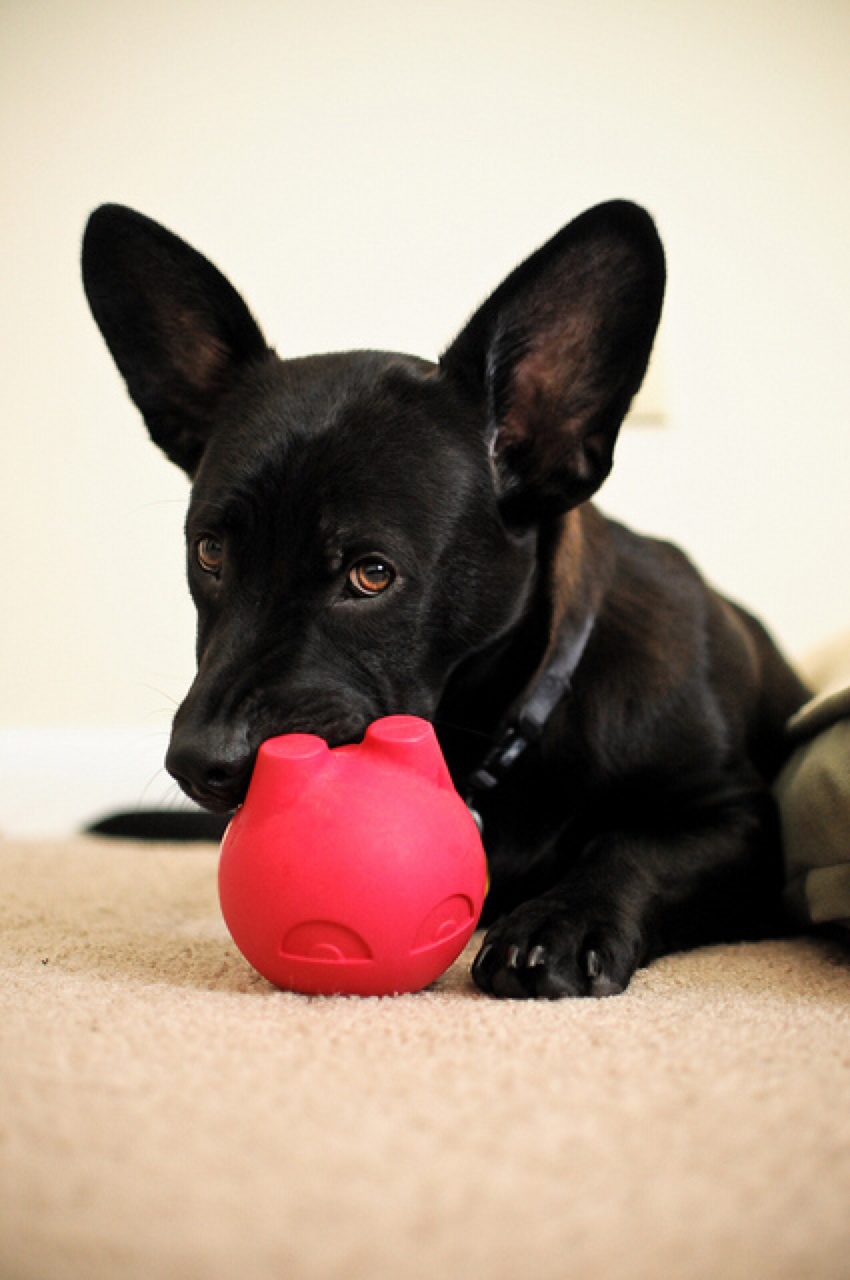 Puzzle toys are one way to keep your canine’s mind in tip-top shape. Use sudoku or crossword puzzles for your own noggin! (Flickr.com/optikalblitz)

However, it can take decades to reap the most important benefits of exercise, not a very encouraging thought to those just starting out. The true effects of exercise are preventative; maintaining your body and brain gives you a bit of a cushion for old age. Degenerative brain diseases like Alzheimer’s and dementia impact the hippocampus, which already experiences some decline as part of the natural aging process. Important evidence has emerged pointing to exercise as a way to ward off these age-related ailments. A 2005 study found mice who ran reversed nerve cell deterioration by 50 percent as opposed to their sedentary peers.

Your pet can benefit from this sort of preventative care too; exercise reduces the risk of arthritis, hip dysplasia, and diabetes in dogs. Mental stimulation can be provided in the form of dog tricks and training, visits to the dog park, or socialization with other humans. A bored dog can become depressed and is more likely to get into mischief, so schedule play time and regular outings to keep all members of your fur family sharp.

Your pet is important to you, why not protect him or her with the best pet insurance out there? Healthy Paws can save you up to 90% on vet bills. Start by getting a free quote.