Fact Check: Are Black Cats Really in Danger Around Halloween? 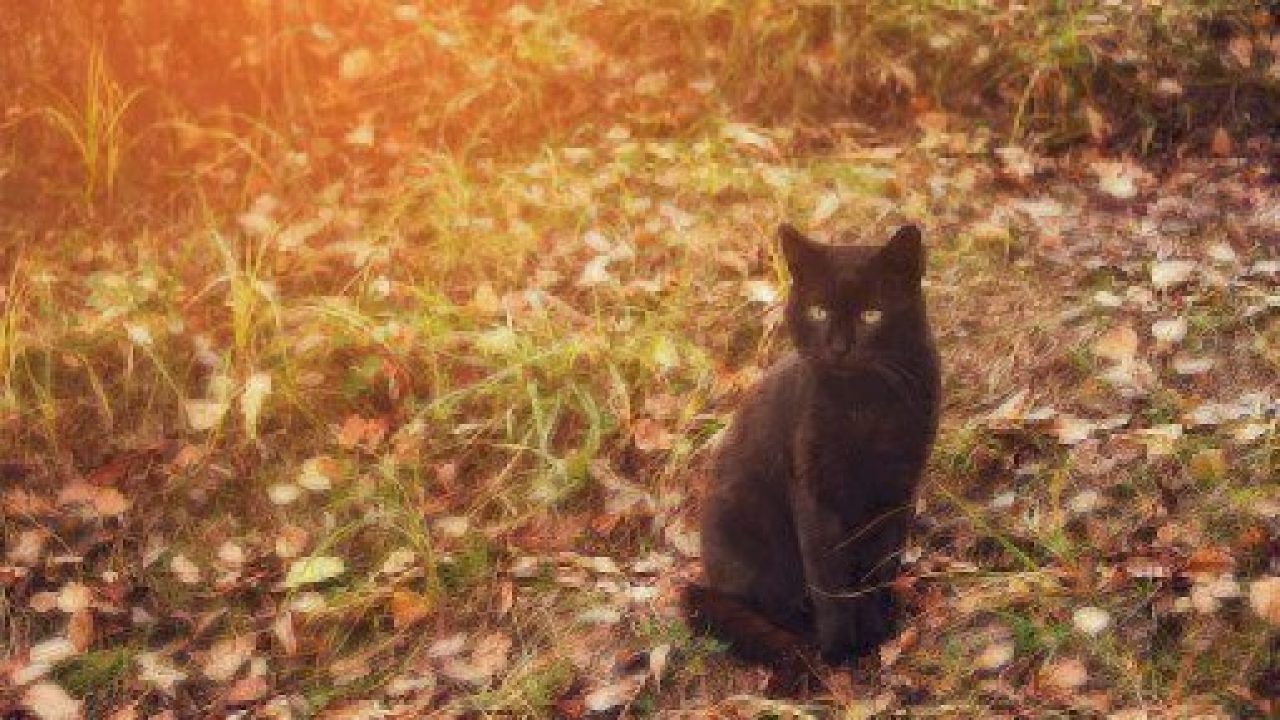 The black cat myth of being “bad luck” has deep, historical roots and has even influenced how animal shelters adopt out cats around Halloween. Some people claim that satanic or cult groups adopt black cats to eliminate and sacrifice them.

There’s also a belief that black cats roaming around outdoors, especially in October, are more likely to be captured and harmed. Furthermore, there’s a fear that black cats are merely adopted around Halloween as a prop and then either abandoned or returned to the shelter.

So do these beliefs hold merit?

Black cats are no more likely to be harmed around Halloween

While there are some anecdotal stories (warning: disturbing content) about black cats being harmed because of their association with witchcraft and bad luck, there are no statistics to show this is frequently happening, especially in modern times. There’s also not much proof that black cats are hurt more around Halloween or during October.

“First, there is no data to support the notion that black cats, or any cats, are harmed more often on Halloween than any other day. In the disturbing cases in which cats have been attacked, those stories are powerfully imprinted on our memory. However, there is no evidence this is a widespread problem,” said Becky Robinson, president and founder of the advocacy group Alley Cat Allies.

Of course, there are always sick and unkind people who harm animals, but it doesn’t appear this is any more common with black cats. Robinson says the most significant risk to cats of all colors is that they will be euthanized in shelters (about 530,000 a year in the U.S.) because too many people don’t spay and neuter their pets, and there aren’t enough homes for all the kittens.

Are black cats harder to adopt out?

Another persistent belief is that dark-hued cats and dogs are more challenging to adopt than other colored-fur pets. This may have been true in the past, but it seems to be changing.

The American Society for the Prevention of Cruelty to Animals says widespread prejudice against black cats is a myth, and the large number of black cats in shelters is because there are simply more of them in the general feline population.

“Black cat euthanasia rate is a bit higher than the others at 30%, with gray cats being the next highest at 28%. White cats do not fare much better at 26% euthanasia rate,” said Emily Weiss, the organization’s vice president of shelter research and development.

At least one rescue reports it used to be harder to place black cats, but that has changed in the last decade.

Over the last ten years, Fox said, the status of cats, in general, has risen. With the advent of the internet, funny cat videos have flourished, and there are many black cat appreciation groups.

Snopes.com — a website dedicated to debunking claims — did some extensive reporting on Halloween and black cats several years ago. They found numerous anecdotal tales about missing black cats or strange scenarios surrounding adoptions. However, they concluded that any evidence surrounding claims of black cat abductions and killings was lacking.

Where the ‘Bad Luck’ Myth Comes From

Let’s talk about why black cats have such an unfortunate, unsubstantiated rap. The “bad luck” myth is perpetuated throughout many cultures — especially in the West — and stems mainly from beliefs in the Middle Ages. Around this time, it was purported that black cats were cohorts to witches (and even Satan himself), helping to fulfill evil spells and curse those whose paths they crossed. Some even believed witches shape-shifted into black cats.

Puritanical pilgrims who arrived at Plymouth Rock brought these superstitious beliefs with them. According to Mary Anne Miller’s The Mystique Behind Black Cats, “Comprised of Englanders and Europeans, these pilgrims were a deeply suspicious group. They viewed the black cat as a companion, or a familiar, to witches. Anyone caught with a black cat would be severely punished or even killed. When the Christians gained a foothold in America, they also propelled this myth forward when ‘witches’ were coming into fruition in America.”

This myth has lost much of its fear-based momentum throughout history and has instead turned into mostly kitschy fun. Thankfully, most consider the “bad luck” myth simply that — a myth. There’s still concern about whether a small percentage of the population still believes, and acts on the archaic folklore.

What Are Shelters Doing About Black Cats?

Because of the rumors about black cats being killed or abused around Halloween, some shelters still do not adopt any black cats in October or become more stringent in their vetting process for potential owners.

“At that time of year, they declare, too many people adopt black cats merely to serve as costume accessories or, worse, as the victims of Halloween pranks or ritual sacrifices,” said Katie Lisnik, director of cat protection and policy for the Humane Society.

Some experts fear this is an overreaction and may result in fewer cats getting adopted or staying in the shelter longer, where they are prone to becoming more anxious and can catch infections.

Other rescues have taken the opposite approach – by taking advantage of the spooky season to promote black cats or offer a discount or waiving adoption fees.

What Can Pet Owners Do to Help Black Cats?

Even if black cats are not in danger around Halloween, it’s prudent to keep your pet indoors throughout the year. Besides people of ill-intent, outdoor cats can fall prey to predators, bad weather conditions, being hit by a car, or parasitic diseases. Because of this, indoor cats live four times longer than outdoor cats.

Also, if you happen to be looking for a pet to adopt, consider a dark-furred kitty. Besides helping clear the shelters, black cats have other advantages, such as they may be protected from some feline diseases and may improve your love life.

Cat parents with black cats can also learn to photograph them well and show them off on social media. Followers may be so inspired by the striking looks of a midnight-hued cat they may adopt their own.

Finally, when it comes to Halloween, it’s a celebration many of our pets could do without. To most dogs and cats, the evening is a frightening collage of trick-or-treaters in scary costumes who noisily shuffle from house to house, pound on doors, and engage in mischief. Keep your pets in a quiet, safe place until the festivities are over.

Black cats unite! Share a picture of your kitty with us on Instagram by tagging #gohealthypaws. And if you aren’t already a pet parent with us, look into getting a free quote to help safeguard not just your special fur friend, but your wallet too.